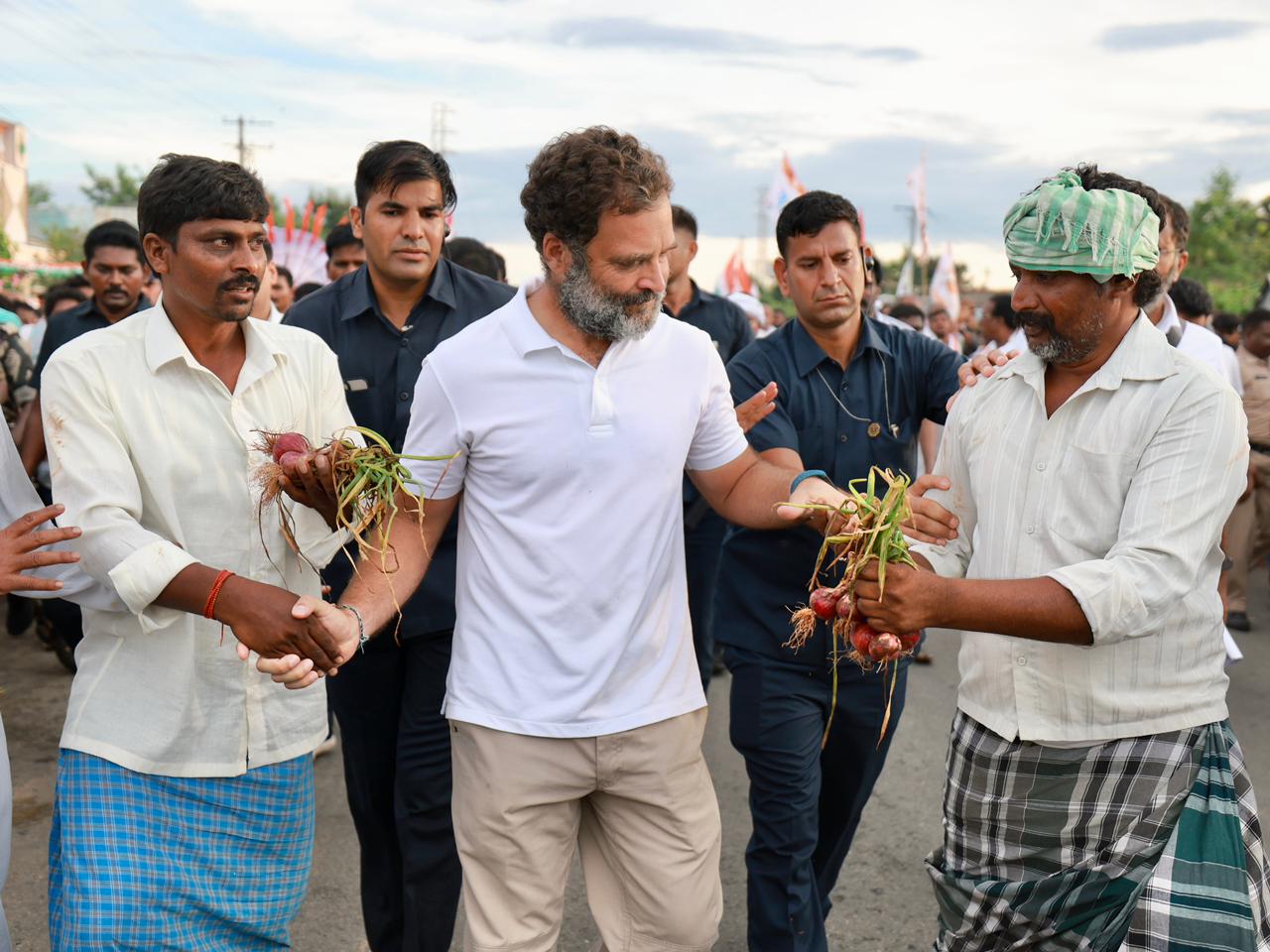 VIJAYAWADA: Congress leader and MP Rahul Gandhi on Tuesday interacted with farmers from Amaravati, who parted with their land for development of the Andhra Pradesh capital city.

He also met the families displaced by the Polavaram multipurpose project.

At his afternoon camp at Hatti Belagal, the Congress leader met with the visitors, who poured out their woes to him.

From MSP to compensation towards land, our Annadatas are suffering a great deal.

Shri @RahulGandhi seeks to put an end to their suffering & thus listened to the concerns of the Andhra farmers during the #BharatJodoYatra pic.twitter.com/fb3Ruoxxqc

The Amaravati farmers explained how the Y S Jagan Mohan Reddy government was pushing their lives into jeopardy by raising the ‘three capitals’ issue.

The farmers, who parted with about 34,000 acres of rich fertile land for building the state capital, lamented that the current regime stalled all development in Amaravati disregarding even the High Court verdict in their favour.

He requested Rahul Gandhi that the issue be raised in Parliament and to protect the interests of hundreds of farmers.

”He responded positively to our plea and promised to fight for Amaravati,” Siva Reddy later told PTI.

The Polavaram project displaced families, on the other hand, complained about the poor implementation of the rehabilitation and resettlement package and how they were facing the wrath of nature.

Rahul Gandhi assured them also that the Congress would take up their cause and fight for their rights.

The Congress leader began his foot march from Halaharvi under Aluru constituency in the morning.

Hundreds of citizens lined up on the roads and also on rooftops and greeted the MP as he smilingly waved at them, walking on slushy and potholed roads.

He stopped at a few places, offered a toffee to a child and interacted with the locals.

He wrapped his arm around the shoulders of a differently-abled girl and enquired about her.

Rahul Gandhi made a night halt at Chagi village under Adoni.

The Congress leader, who began the Bharat Jodo Yatra on September 7, briefly passed through villages in Anantapuramu district bordering Karnataka on October 14, and re-entered AP on Tuesday.

The yatra will continue through AP till October 21 when he will re-enter Karnataka, en route Telangana.