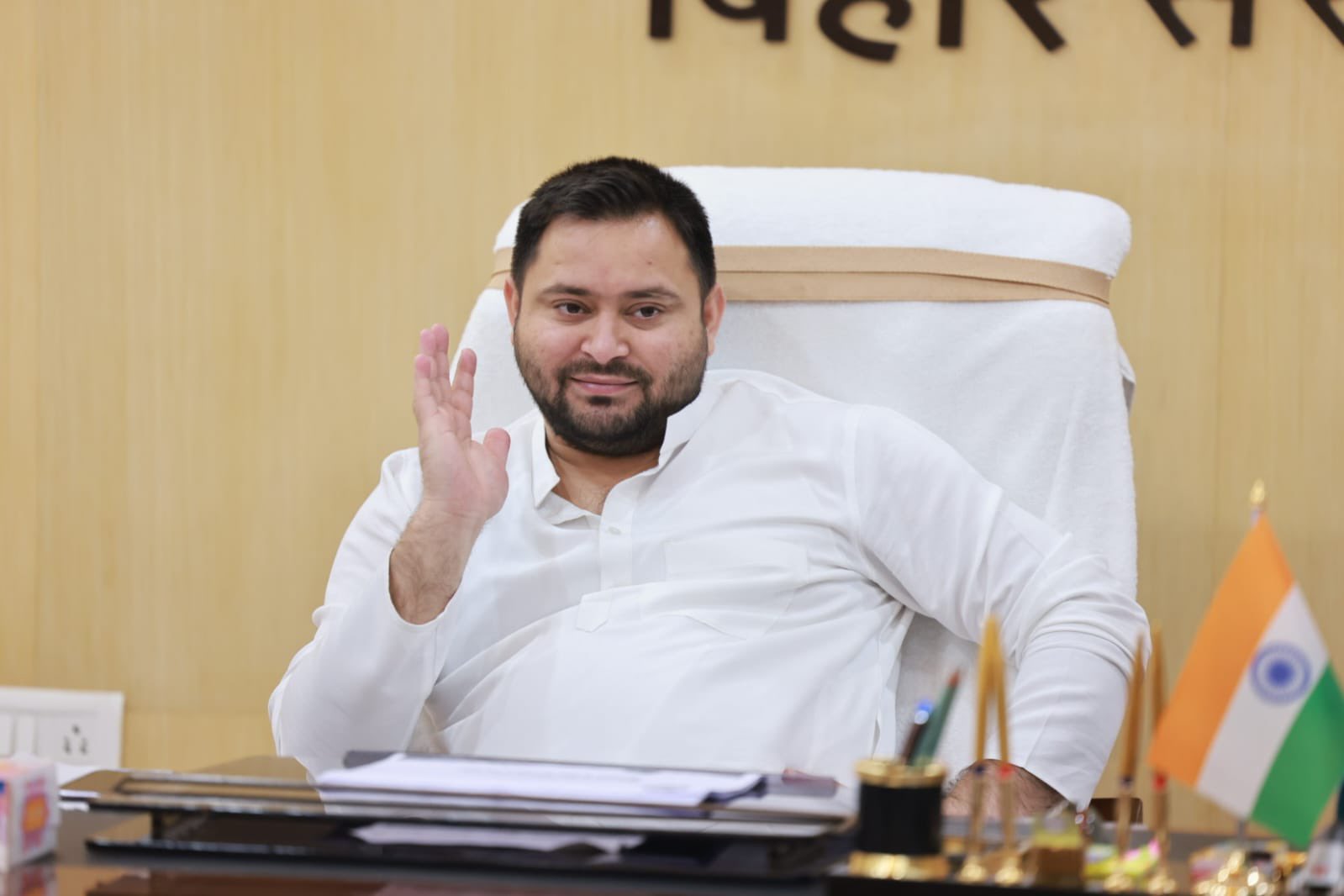 NEW DELHI: A Delhi court on Tuesday refused to cancel the bail granted to Bihar Deputy Chief Minister Tejashwi Yadav on a plea by the CBI in the IRCTC scam, saying it did not find any specific ground to order cancellation of the relief.

Special Judge Geetanjali Goel, while declining the CBI’s petition, asked the young RJD leader to be careful with words and use them appropriately.

In its petition, the CBI had claimed Yadav, at a recent press conference, attempted to subvert the process of law and thwart the entire investigation as well as the consequent trial, and blatantly abused the liberty granted to him.

The central probe agency accused Yadav of having attempted to “portray the CBI in bad light and under the influence of political parties” by using innuendoes such as “Jamai” (son-in- law) of a political party.

“You are on very responsible post. It is not right to use such words. Use appropriate words in public because your words impact a huge number of the public. You have to understand the implications of your words. This should not happen again. You must choose words carefully and not use such words which have the potential to influence witnesses,” the judge said.

The judge passed the order after hearing the arguments during which Yadav claimed he did not violate any condition set in the bail granted to him earlier.

During the hearing, senior advocate Maninder Singh, appearing for Yadav, opposed the submission made by CBI counsel D P Singh.

My client’s press conference was in another context. He talked about many things, scams and other political issues in the press conference. I (Yadav) spoke about the land for job scams. I have spoken about the raids in that case. How is he (the CBI counsel) seeking cancellation (of bail) in IRCTC case,” asked the defence counsel, adding Yadav was not an accused in land for job scam case.

Yadav’s father and RJD Supremo Lalu Prasad is the main accused in the IRCTC scam case involving alleged irregularities in handing over the operational contract of two IRCTC hotels to a private firm when he was the raiway minister.

Yadav’s counsel added if the CBI feels the politician has threatened agency officials, it can register an FIR.

The court had granted bail to Yadav in October 2018.