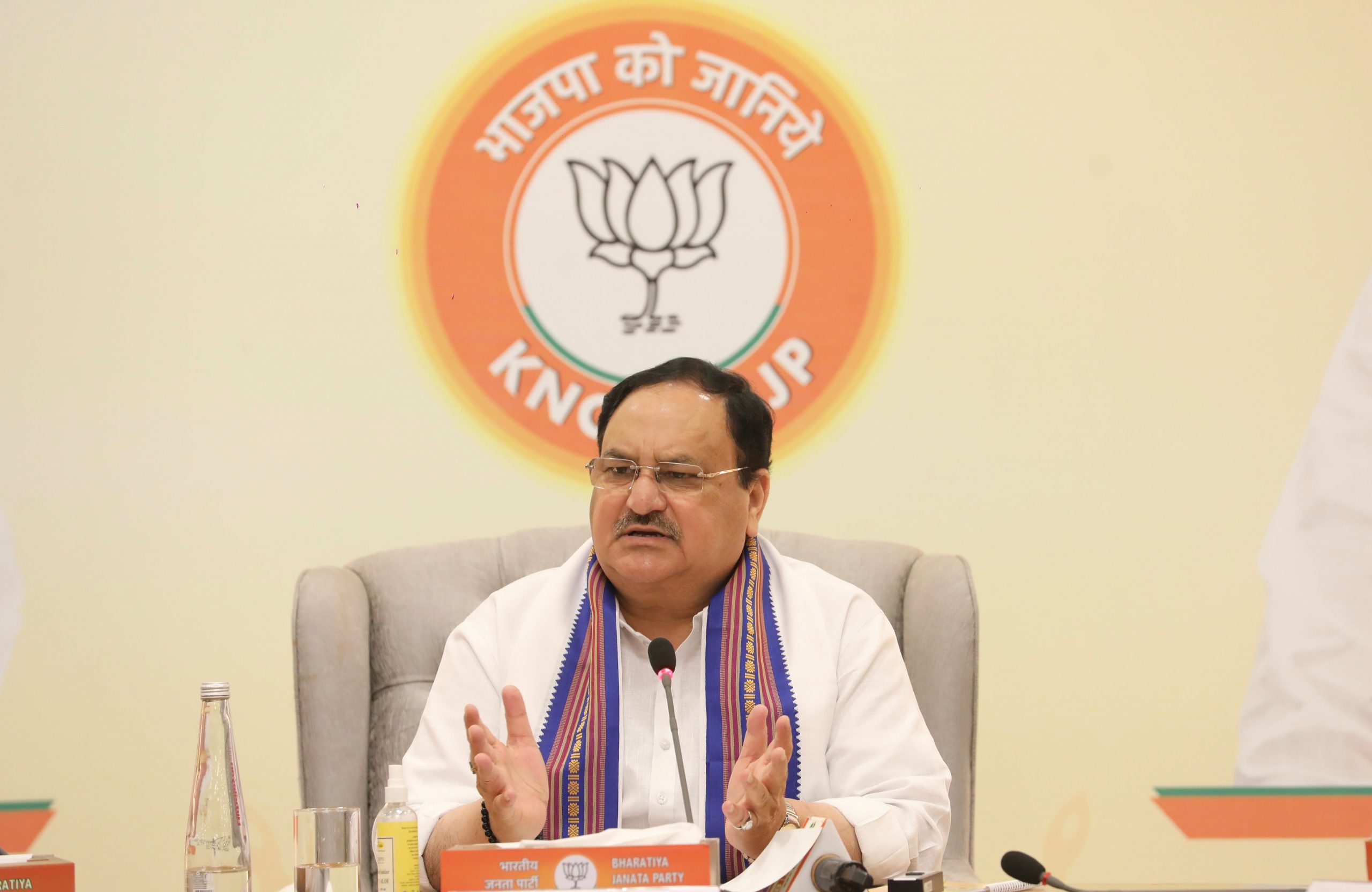 NEW DELHI: BJP national president J P Nadda on Monday constituted a new core committee for the party’s state unit with an eye on next year’s panchayat polls and the Lok Sabha elections in 2024, a party leader said.

The West Bengal BJP unit didn’t have any core committee since last year when Sukanta Majumdar was appointed the state president, replacing Dilip Ghosh who was made a national vice president.

BJP National President Shri @JPNadda has appointed core committee members for party’s West Bengal unit. The names of the members have been mentioned in the list. pic.twitter.com/R27IfXSlHz

BJP national general secretary and state observer Sunil Bansal, and the state in charge Mangal Pandey are among the four special invitees to the core committee.

The core committee has been advised to meet once every month.

Majumdar was appointed as the state president last year even as Ghosh still had a few months to go before the completion of his second term at the post.

Asked why it took so long to constitute a core committee, which is key to the functioning of the state unit, a senior BJP leader said many factors were in play.

First, we didn’t have a full-time state observer as the past state in-charge Kailash Vijayvargiya hardly visited the state after the assembly poll debacle. Then, there was a lot of infighting in the state unit. Bansal Ji had requested Nadda Ji to form the state core committee as panchayat polls are less than a year away, he said.

Plagued by exodus in its rank and file, the West Bengal BJP unit is still licking its wounds and has been missing from action in cornering the TMC government over the rising grievances over a host of issues.

The party had been struggling to keep its flock together since the assembly poll debacle with top leaders and legislators such as Babul Supriyo, Arjun Singh and Mukul Roy switching over to the TMC.

The state unit also faced internal rebellion earlier this year with several leaders openly hitting out at the state leadership.

To add salt to its wounds, the party has also been witnessing a slide in its vote share in elections and by-polls held in the state since the last assembly polls, with the opposition Left Front being its beneficiary.

Meanwhile, during an organisational meeting, Bansal asked the state unit to ensure the setting up of booth committees across the state.