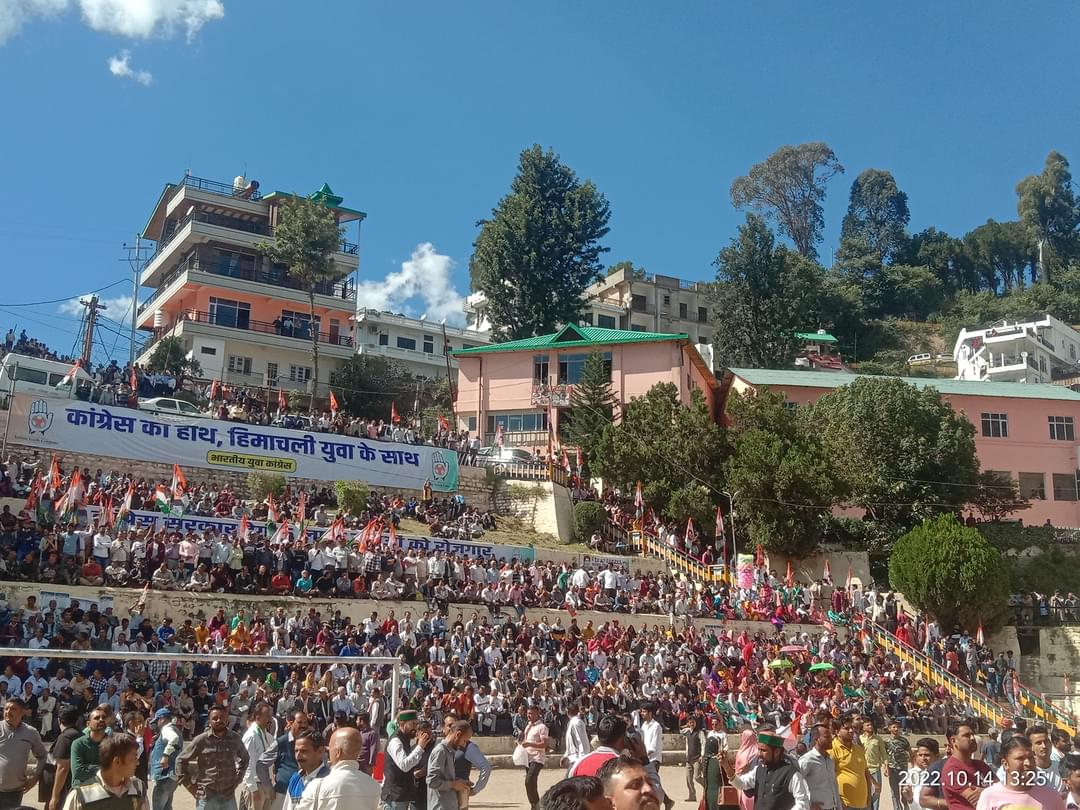 NEW DELHI: The Congress on Tuesday released its first list of 46 candidates for the Himachal Pradesh assembly elections scheduled for November 12.

In the list released here, Congress Legislature Party leader Mukesh Agnihotri has been fielded from the Haroli assembly seat and former minister Asha Kumari from her Dalhousie seat.

The Election Committee of Indian National Congress has selected the following candidates for the ensuing elections to the Legislative Assembly of Himachal Pradesh. pic.twitter.com/06qpW2G6jm

The party has fielded all its sitting MLAs, including former chief minister Virbhadra Singh’s son Vikramaditya Singh from the Shimla Rural constituency.

However, the first list of candidates did not include the name of state Congress chief Pratibha Singh. She is the sitting MP from Mandi and the wife of former chief minister Virbhadra Singh.

Former BJP leader Dyal Pyari, who switched over to the Congress a few days ago, has been fielded from the Pachhad (SC) seat.

Col Dhani Ram Shandil will contest from his Solan seat and Harshwardhan Singh Chauhan from his Shillai assembly seat.

Voting for the 68 assembly seats in the hill state is scheduled for November 12 and the counting of votes will take place on December 8.

The last date for the filing of nominations is October 25.

The Congress is seeking to wrest power from the BJP in the hill state this time and has made a number of promises to the electorate, including the implementation of old pension scheme in the state.

In this article:Congress, Himachal assembly elections