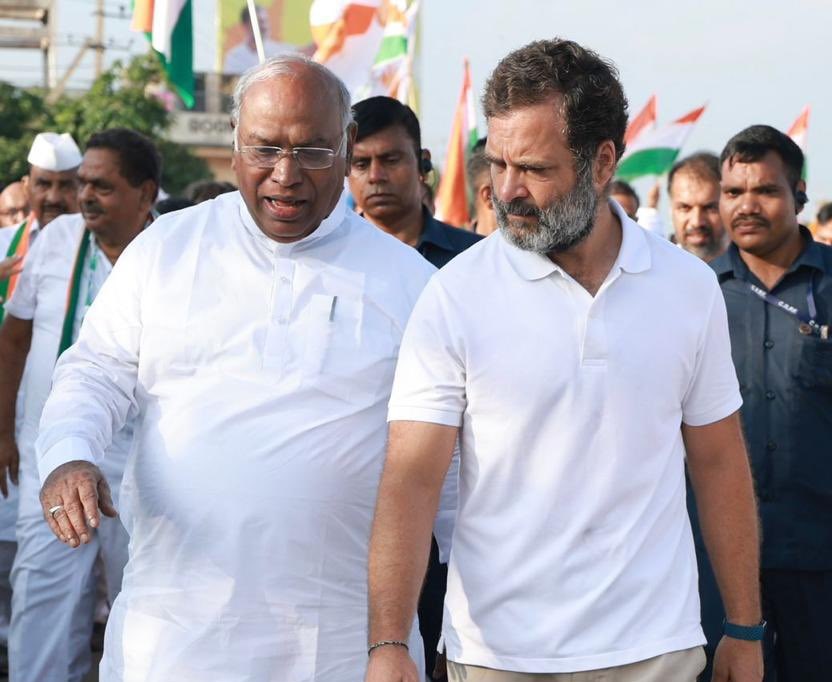 ADONI (ANDHRA PRADESH): Wayanad Lok Sabha member Rahul Gandhi Con Wednesday said the president was the supreme authority in the Congress and whoever got elected to the post would decide on the way forward (for the party).

Congratulations to Mallikarjun Kharge ji on being elected as the President of @INCIndia.

The Congress President represents a democratic vision of India.

His vast experience and ideological commitment will serve the party well as he takes on this historic responsibility.

Responding to a query during his brief interaction with media during the Bharat Jodo Yatra here, Rahul Gandhi said the new president would decide on what my role and how I will be deployed. Obviously, Rahul replied when asked if he would be reporting to the new president.

President is the supreme authority in the Congress and everyone reports to him. My role I am very clear Congress president will decide what my role is and how I will be deployed, he remarked.

At one point, Rahul said, It is for Kharge to decide but later corrected himself to whoever gets elected, that gentleman will decide.

Rahul observed that Kharge and Tharoor are people with experience and understanding. They do not need my advice, he added.

Questioned about Shashi Tharoor’s allegation of irregularities in the Congress president election in Uttar Pradesh, Rahul said the party had an institutional framework to deal with it.

We are the only party that has an election commission inside it with a TN Seshan-type of person. Mistry is an absolutely fair person. Our EC will take a decision on the irregularities, he said.