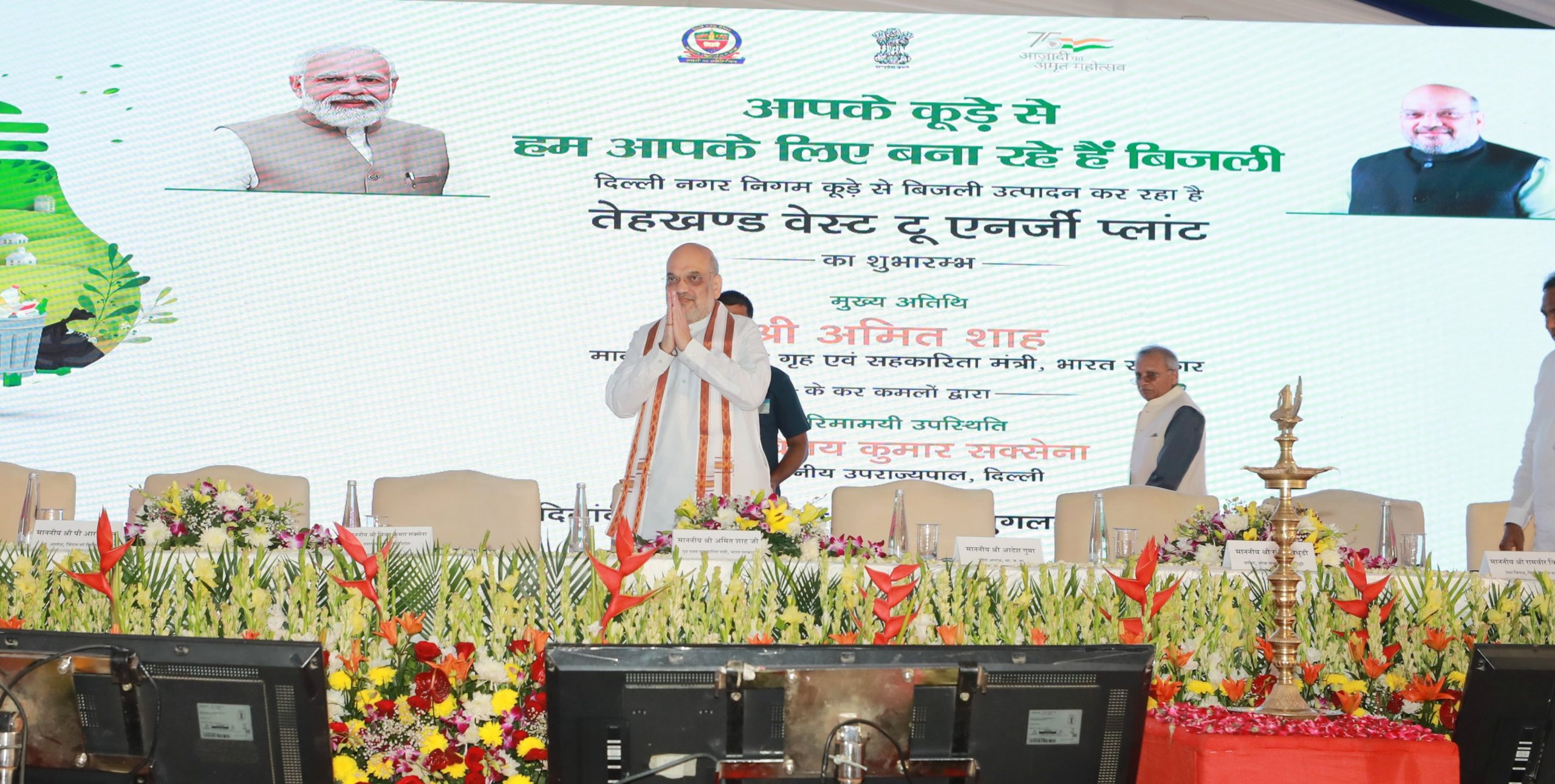 NEW DELHI: Union Home Minister Amit Shah on Thursday said the Arvind Kejriwal-led party wanted Delhi to be ‘AAP Nirbhar’ while the BJP wanted the city to be Atmanirbhar, and asked people to choose between the two in the MCD elections.

At the launch of a waste-to-energy plant in Tehkhand here, he accused the Kejriwal government of step-motherly treatment to the erstwhile three civic bodies and said it owed Rs 40,000 crore to the municipal corporations.

”They (Kejriwal-led party) want Delhi to be AAP Nirbhar. We want it to become Atmanirbhar. In the next Municipal Corporation of Delhi (MCD) polls, people will have to decide if they want to be AAP Nirbhar or Atmanirbhar,” Shah said at the south Delhi event.

Alleging that the AAP government had been spending heavily on publicity, he claimed Kejriwal was under the impression that development came from advertisements.

”This illusion can last only for five to seven years”, he said, adding, ”People will have to choose between ‘Vigyapan ki Rajniti’ (politics of advertisement) and ‘Vikas ki Rajniti’ (politics of development).” Shah said that the BJP would be ready with a plan to make Delhi garbage-free by the time MCD elections are held and that the city would be in a position to process 100 per cent of its daily waste by 2025.

The Union Home Minister said the waste-to-energy plant would help address the problem of waste processing and further strengthen Prime Minister Narendra Modi’s Swachh Bharat Mission. In a veiled attack on the AAP, Shah said some people say that this plant is being inaugurated because of elections. “But I want to point out that this is not the foundation stone laying ceremony, it is the inauguration of the plant whose construction has been completed.

“With the commissioning of this waste-to-energy plant, Delhi has the capacity to process about 7000 metric tonnes of garbage daily,” Shah said.

The Union home minister also hoped that the reunified Municipal Corporation of Delhi would successfully bring an ecosystem that would make the city the world’s best capital. The MCD was trifurcated in 2012 during Sheila Dikshit’s tenure as chief minister. It was reunified by merging three civic bodies — North, South and East Municipal Corporations — through the Delhi Municipal Corporation (Amendment) Act, 2022. With the completion of the delimitation process to alter wards under MCD limits and the Centre’s approval for the final draft, the last hurdle to holding the civic body polls has been cleared. Hitting out at the AAP dispensation in Delhi, Shah alleged the government in the national capital didn’t pay its dues to the three erstwhile civic bodies to affect its functioning. He claimed that the Centre had to reunify the three municipalities as the Delhi government did not pay Rs 40,000 crore in dues to the three erstwhile corporations.

The Delhi government did not clear the dues thinking that the public would get annoyed with the civic bodies, he alleged.

Later in the day, Delhi Chief Minister Arvind Kejriwal later hit back at Shah over his accusations and asked the BJP not to make ”excuses” for its ”failure” in running the civic bodies for 15 years.

In a series of tweets in Hindi, the AAP supremo said in the next civic body election, people will have to decide whether they wanted a Delhi filled with garbage or a clean city.

”For something you could not do in 15 years, now you want three more years for that? Why should people trust you? You won’t be able to do it. Now we will make Delhi garbage-free,” Kejriwal tweeted. Lieutenant Governor Saxena said the MCD is making strenuous efforts to remove such heaps and mountains of garbage in Delhi. Earlier, six trommel machines were working to process waste at the landfill sites but now there are 46 machines, he said. Delhi BJP Chief Adesh Gupta said that 482 garbage dumping places have been closed by the MCD work is underway to build a library and recreation centre in those places.