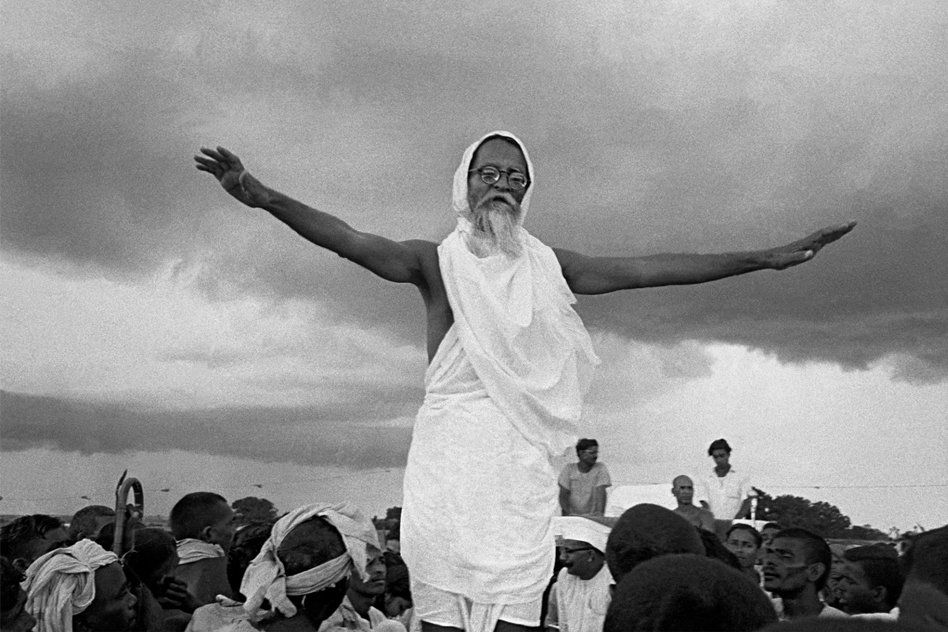 PATNA: Almost 60 years after Bhoodan Andolan, a campaign to donate land initiated by Gandhian Vinoba Bhave, the Bihar government has found around 1.60 lakh acres of land, donated during the movement, is fit for distribution among landless people.

Sources in the Revenue and Land Reforms department in the Bihar government confirmed that the process of distribution of these 1.60 lakh acres of confirmed’ (authenticated by the revenue officers) land will start anytime after December this year.

Many plots of land were donated by people during the 1950s and early 60s. But while they were being checked by the State Bhoodan Committee for authentication, it had been found that a number of them lack details of documentation. So, though donated, legally they are still owned by the donors.

Besides, the Bhoodan Committee found that certain plots were actually on river beds, hills and forests.

The entire process got delayed for so long due to these problems, a senior official of the revenue department said.

These plots which were found fit will be equally distributed among the landless once the process starts. The department is also waiting for the final report of a commission formed to probe irregularities in the management and distribution of around 6.48 lakh acres of land received under the Bhoodan Andolan in the state, the official said.

The three-member commission was set up by the Bihar government in 2017. Headed by former state chief secretary Ashok Kumar Choudhary, the panel is expected to submit its report to Chief Minister Nitish Kumar in November.

Yes, it is true that around 1.60 lakh acres of land donated during Bhoodan Andolan have been found fit for the distribution among the landless people, Land Reform and Revenue Minister Alok Kumar Mehta told PTI.

The government has also started a survey of landless people in all 38 districts in the state and it will be completed by December this year. Distribution of the land will definitely start anytime after December this year, Mehta said.

However, out of a total of 1.60 acres of confirmed land, around 33,500 acres in Rohtas and Kaimur districts are not fit for agricultural purposes.

The department will explore other options, like opening government institutions or other centres on such land, Mehta said.

In Purnea district alone there are 65,054 acres of confirmed land, donated during Vinova Bhabe’s Bhoodan movement, are ready for distribution, sources said.

Born in 1895, Vinova Bhave dedicated his life to propagating Gandhian values and is particularly known for the Bhoodan’ campaign as he persuaded people across the country to donate a part of their land for distribution among the landless poor. It was initiated in 1951 and continued for several years.

“The motto of our Mahagathbandhan government is clear that no poor should remain landless in the state,” said Mehta.