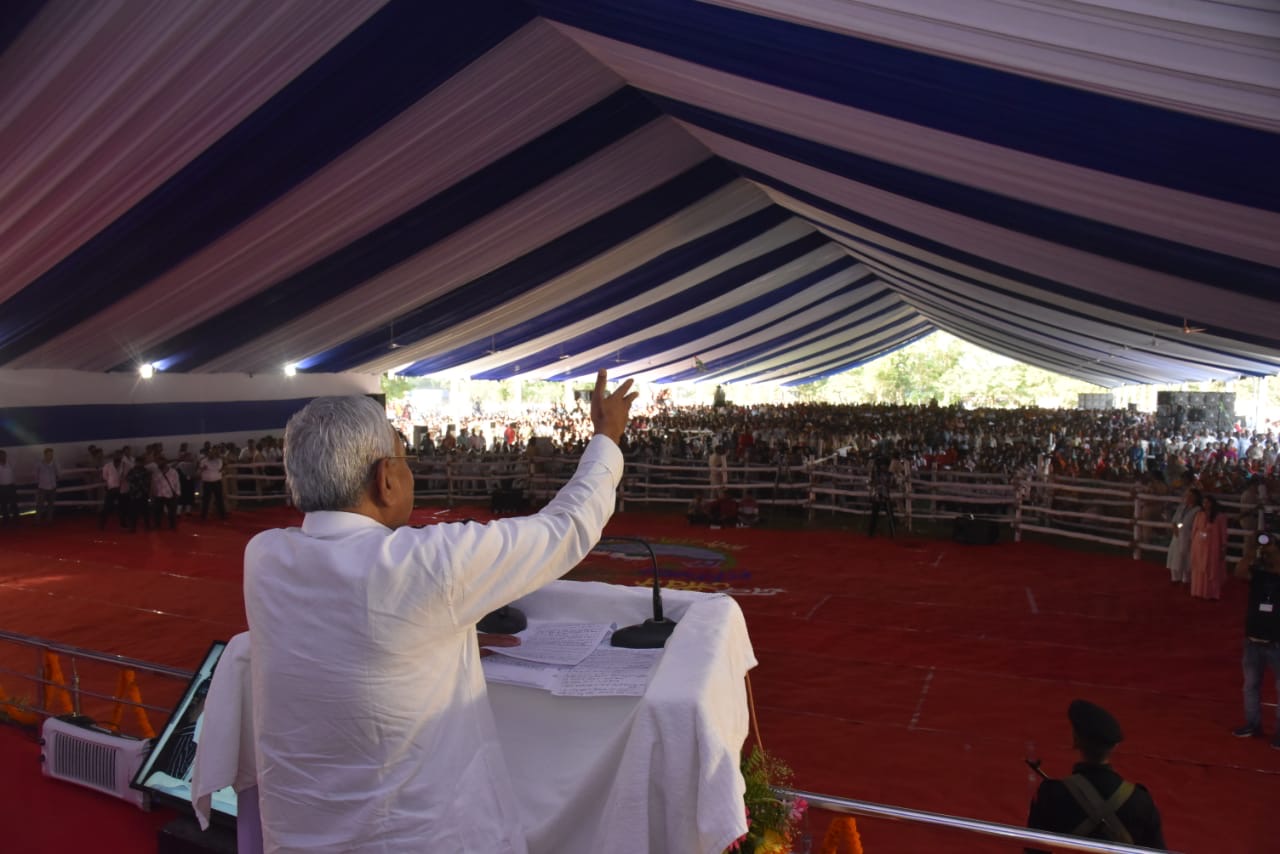 PATNA: Bihar Chief Minister Nitish Kumar on Friday refused to comment on the claim made by political strategist Prashant Kishor that the former was still in touch with the BJP and said he keeps talking rubbish.

The political strategist on Thursday claimed that Kumar is in touch with the BJP and he might once against tie up with the party if the situation demands.

What should I say on this.he (Prashant) keeps talking rubbish. He makes such statements just for his publicity. Everybody knows that he is working for which party, Kumar remarked in reply to questions from journalists who sought his views on Kishor’s claims that the CM is still in touch with the saffron party.

Kishor had also told PTI on Wednesday that Kumar has kept a line of communication open with the BJP through JD (U) MP and Rajya Sabha deputy chairman, Harivansh.

“After having snapped ties with the BJP, Nitish Kumar should have asked Harivansh to step down. If he insisted on occupying the post, he could have been expelled from the JD(U). But Nitish is having this arrangement to keep options open for the future,” Kishor on Wednesday had alleged at a public meeting in West Champaran district, where he has been for three weeks as part of a state-wide ‘padayatra’.

The chief minister said, Let him (Kishor) speak whatever he wants. We have nothing to do with him. Earlier, he used to work with meIt’s a fact that there are certain people whom I promoted, ditched me.

Commenting on phone calls made to Bihar DGP by a conman, who posing as a high court judge sought leniency towards a now-suspended IPS officer accused of links with liquor traders in the dry state, the chief minister said, All the accused, except the IPS officer who is absconding, have been nabbed by the police. The DGP detected the case on time.

The Economic Offences Unit (EOU) of the state police sent the fraudster Abhishek Agarwal to jail on Thursday.

He was arrested on the charges of cheating, impersonation, causing hindrance in government work, and cybercrime.

When asked about the Patna High Court’s latest ruling that the civic polls in Bihar may be held, with seats reserved for Extremely Backward Classes, the CM said, Bihar is the first state in the country where the government allowed reservation for extremely backward classes. We welcome this ruling of the Patna HC and the process will start very soon.

On Wednesday the High Court, which had on October 4 declared as illegal the quotas for extremely backward classes in the state’s urban local bodies, agreed to the state government’s plea that fresh polls, with reservations in place, be allowed after a report to the effect was obtained from a statutory commission set up for the very purpose.