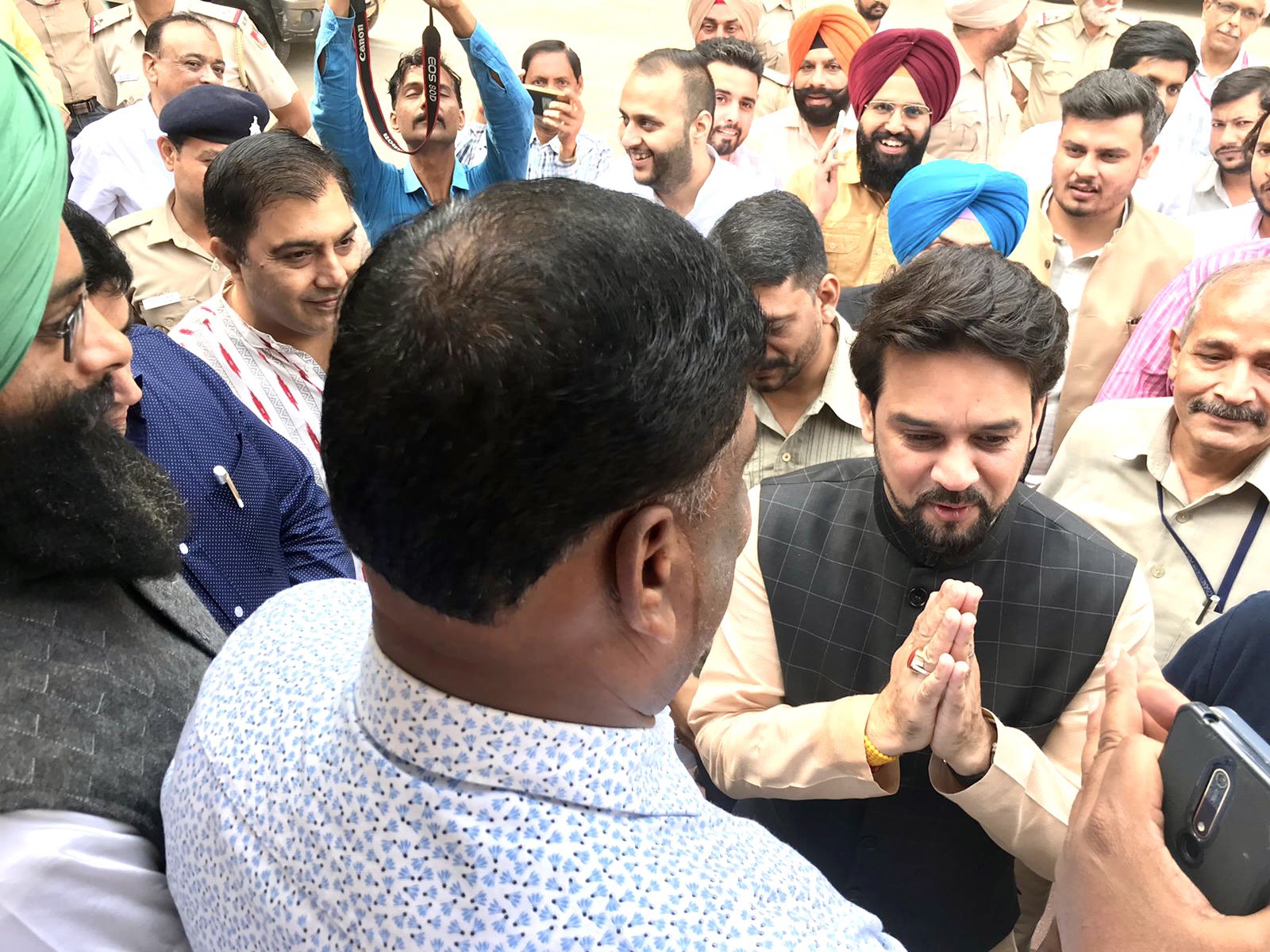 CHANDIGARH: Union Minister and BJP leader Anurag Thakur on Saturday exuded confidence that his party will again form government in Himachal Pradesh as people have seen the working of the “double-engine” government.

The “double-engine” phrase is used by BJP leaders to emphasise that development will be expedited if the same party is at the helm in states and the Centre.

Voting for the Himachal Pradesh Assembly elections will take place on November 12 and the counting will be held on December 8.

Speaking to reporters, Thakur said the BJP will again form the government in Himachal Pradesh.

“Results will be in favour of the BJP because people have seen the working of the BJP and the double-engine government. We will get the benefit of the leadership which Prime Minister Narendra Modi gave in the country and (Chief Minister) Jai Ram Thakur at the state level,” he added.

He said the BJP will also retain power in Gujarat.

Earlier also, the BJP had retained power in Uttar Pradesh, Uttarakhand, Goa and Manipur, he said.

Targeting the Aam Aadmi Party, Thakur said the Kejriwal-led outfit will not be able to open an account in the Himachal Pradesh Assembly elections.

Asked about the ongoing row between the Punjab governor and the AAP government over the appointment of the vice chancellor of Punjab Agricultural University, Thakur said he will not make a comment on it.

But at the same time, Thakur accused AAP of setting new standards in corruption as the Union minister targeted the Kejriwal-led party in Delhi and Punjab.

“Kejriwal came to power in Delhi and his party here. New standards of corruption have been set. Their two health ministers in Delhi and Punjab faced corruption charges. The education minister (in Delhi) is the main accused of liquor scam,” he alleged.

Targeting the AAP government in Punjab over law and order, Thakur said since the party came to power in the state, over 50 people have been killed.

“It clearly shows deteriorating law and order in the state,” he alleged.

To a question on the restoration of the old pension scheme in Punjab, Thakur said, “You know the (financial) situation of Punjab better than me where the salary gets delayed by 10 days.”

The Punjab cabinet on Friday had approved to restore the old pension scheme for its employees, with Chief Minister Bhagwant Mann terming it as a Diwali gift for lakhs of employees.