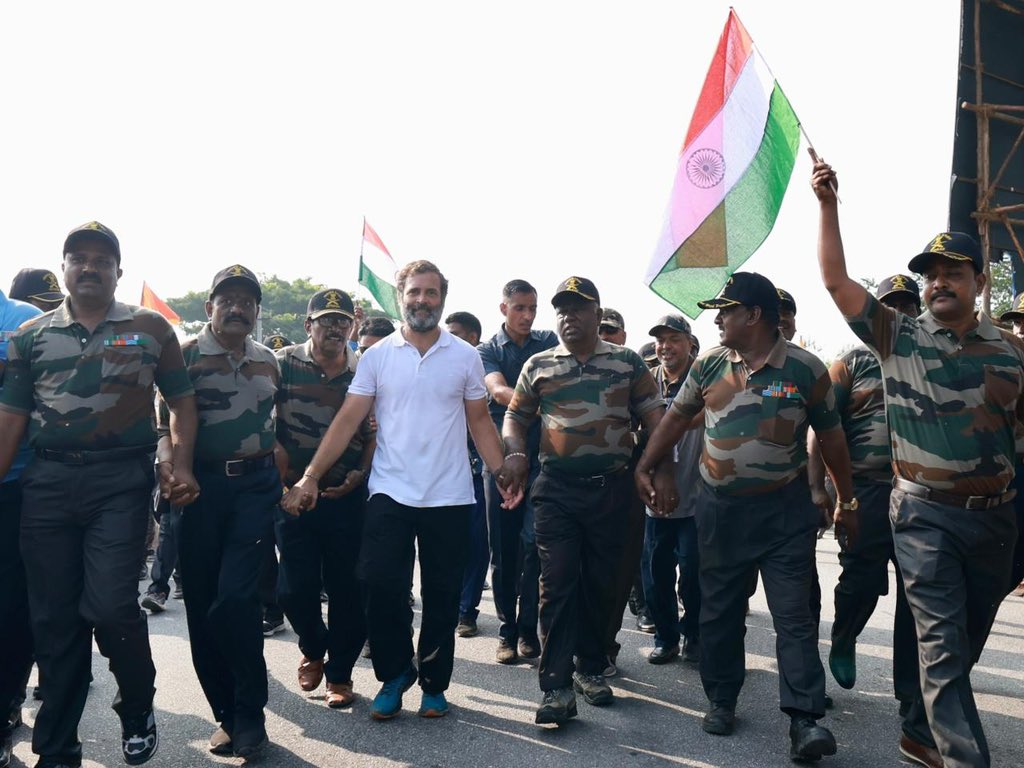 HYDERABAD: The Congress’ Bharat Jodo Yatra led by Rahul Gandhi will enter Gudebellur in Telangana on Sunday morning, after exiting Karnataka from Raichur.

The Telangana leg of the march will begin from Gudebellur in Mahabubnagar district.

Preparations in full swing for tomorrow’s entry of #BharatJodoYatra into Telangana.

Telangana Congress has made elaborate arrangements to welcome Rahul’s marathon walk at the entry point on Karnataka-Telangana border. After breakfast at Gudebellur, the Yatra will break for Diwali for three days from October 23 noon till October 26, a press release from TPCC said.

After that, the Yatra will resume on October 27 morning from Gudebellur. It will reach Maktal and continue for 16 days in Telangana, covering 19 assembly and 7 Parliamentary constituencies for a distance of 375 km, before entering Maharashtra on November 7.

The 16-day yatra will take three days for Diwali and a one-day general break on November 4, it said.

Rahul will be undertaking 20-25 KM ‘padyatra’ per day holding corner meetings and will participate in a meet at Necklace Road while he is going to make a one-day night halt at Boinapally in the city.

He will meet intellectuals, leaders of various communities, politicians, sports, business and cinema personalities even as some of them are getting ready to join him during the trip.

Rahul will visit some prayer halls, mosques and Hindu temples in Telangana. Interfaith prayers will also be offered, the TPCC said.

The State Congress has formed 10 special committees to coordinate the journey in Telangana.