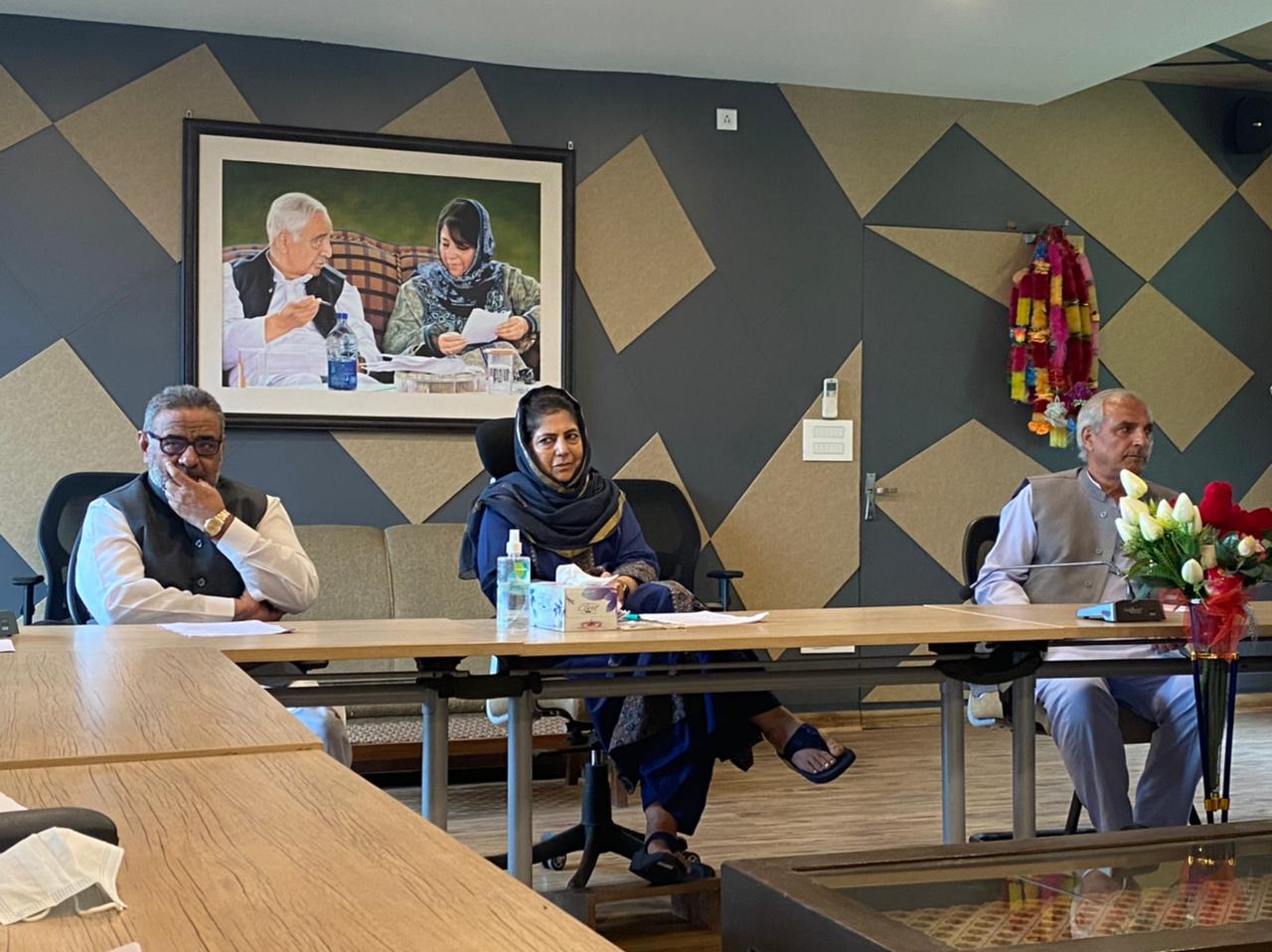 SRINAGAR: PDP president Mehbooba Mufti on Saturday hit out at the media, saying instead of covering real problems, it was wasting time by discussing non-issues such as the Jammu and Kashmir administration issuing an eviction notice to her.

The administration had earlier this week issued an eviction notice to the former Jammu and Kashmir chief minister, saying she was not entitled to use the bungalow on the high security Gupkar Road.

Party President @MehboobaMufti speaking to press after paying obeisance at the grave of Mufti sahab. pic.twitter.com/Xvg9nWkt8N

“The media is wasting time in discussing non-issues like Mehboba Mufti vacating the house. Ideally, they should focus on real issues and problems faced by people (of Jammu and Kashmir) but they are not doing that,” the Peoples Democratic Party (PDP) leader told reporters after paying obeisance at her father Mufti Mohammad Sayeed’s grave in Anantnag district.

Mehbooba also said that seizing of passport, questioning by the Enforcement Directorate or eviction notices do not surprise her. “If anything surprises me, it is the priorities of (the visual) media,” she said.

“A teenager was killed while he was in police custody. He was just an accused and nothing had been proved against him. Instead of holding prime time debates on the circumstances in which this 19-year-old life was snuffed out, media is holding debate on eviction notice to Mehbooba Mufti,” the PDP leader said.

“The discussion should have centred on how this youth could be killed while he was in police custody,” she added.

On if she would vacate the Fair View bungalow, Mehbooba said if the government has no concern for security, “I will vacate the house”. “What is the big deal?” she asked.

Several political parties, including the PDP and the National Conference (NC), on Wednesday had called for a probe into the killing of an arrested “hybrid” Lashkar-e-Toiba militant during an anti-militancy operation in Shopian district of Jammu and Kashmir.

Imran Bashir Ganaie was arrested for his alleged involvement in the killing of two labourers at Harmain in district in the early hours of Tuesday. He was killed early on Wednesday in firing by militants when police launched an anti-terror operation in Shopian’s Naugam area, according to the Kashmir Zone police.