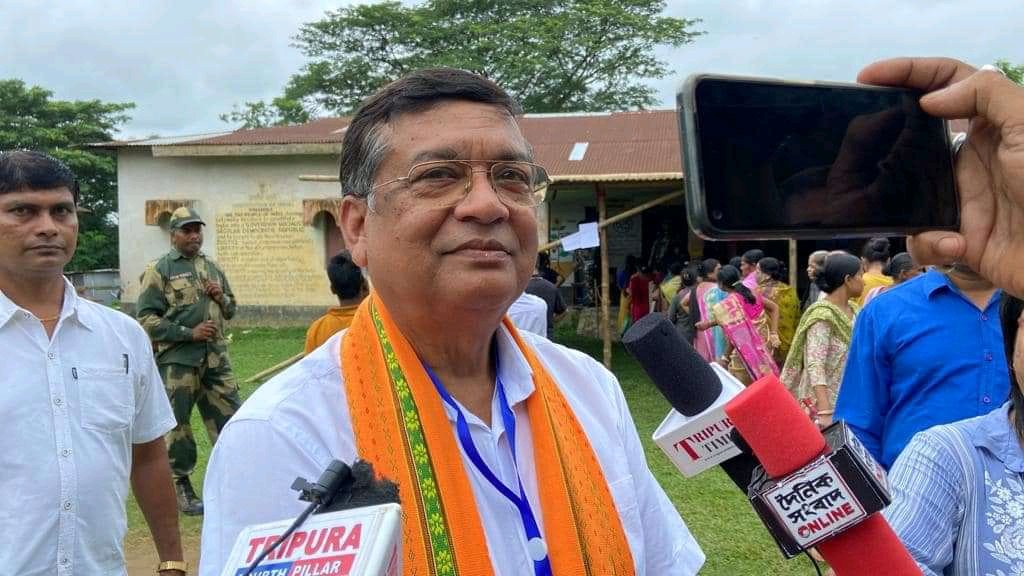 AGARTALA: The ruling BJP on Saturday ruled out any possibility of an alliance with royal scion Pradyot Kishore Manikya Debbarma-led Tipra Motha for the upcoming assembly elections in Tripura next year.

”The BJP will go to the 2023 assembly polls without any fresh electoral partner but the alliance with the IPFT will remain in place because the saffron party doesn’t dump its ally,” said the party’s vice president Ashok Sinha on Saturday.

”Our ‘chintan baithak’ (brainstorming session) has clearly mandated that the BJP will contest the election on its own strength and of course, the alliance with IPFT will continue. The BJP doesn’t favour any new alliance including with Tipra Motha,” he said, adding the saffron party still has a strong presence in the tribal areas.

Sinha claimed that IPFT voters had voted for Tipra Motha in the tribal council election. He said barring two, BJP won all the seats it contested while all the seats allocated to IPFT were bagged by Tipra Motha.

The outfit won 18 of the 30 seats in the council, while BJP won 10. Two seats are nominated by the Governor.

The autonomous district council governs over two-thirds area of the state, where one-third of the population, mainly tribals, reside.