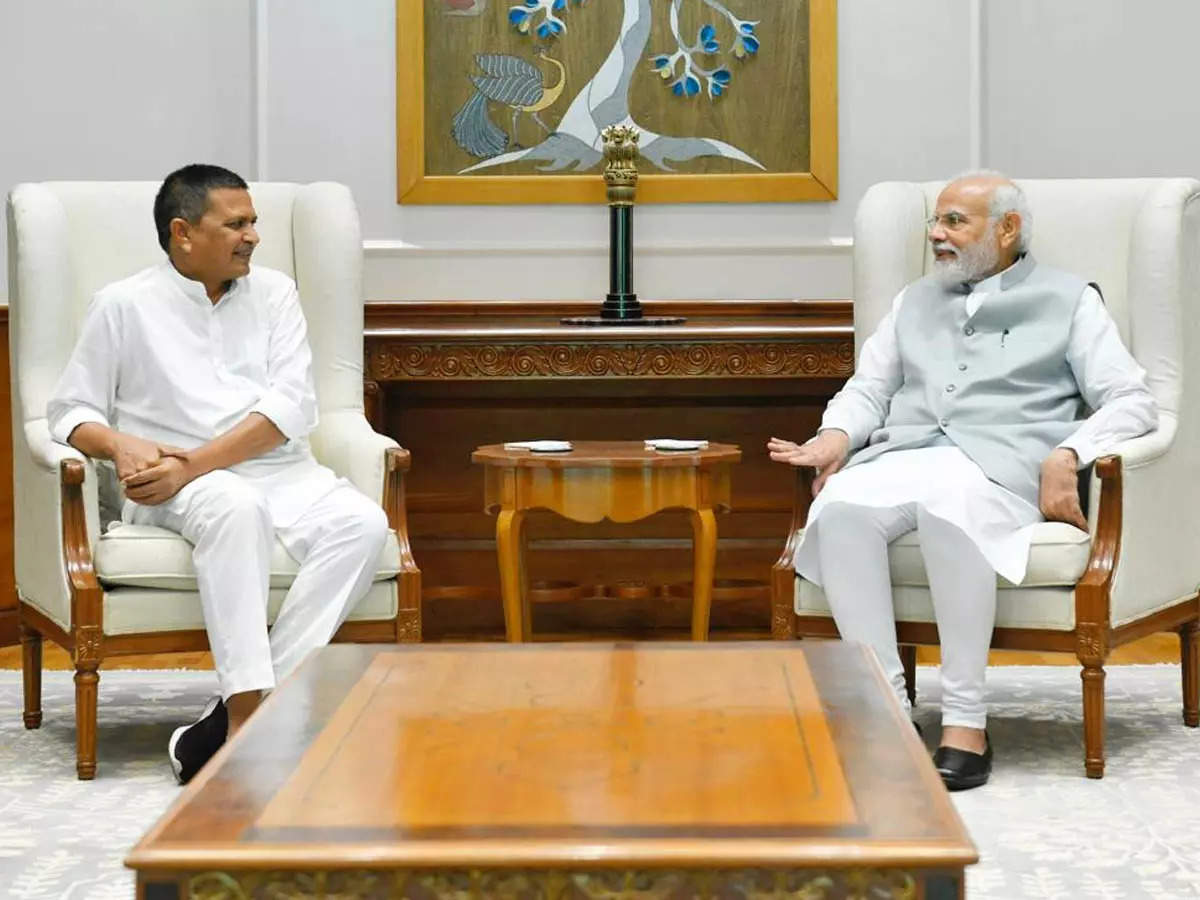 NEW DELHI: Patidar leader and chairman of the Shree Khodaldham Trust Naresh Patel met Prime Minister Narendra Modi in Delhi on Saturday. The meeting came ahead of Assembly elections in Gujarat which are expected to be announced soon.

State BJP chief C R Paatil said the meeting will help the party’s prospects in the coming elections. Ramesh Tilara, a trustee of Khodaldham Trust who accompanied Patel during the meeting, said they paid a ”goodwill visit” to Modi.

The prime minister was also invited to visit the Khodaldham trust but he had not yet confirmed a date, Tilara added.

Asked about the meeting, C R Paatil told reporters, ”BJP workers are themselves very strong. But if the head of an important social and religious institution like Khodaldham Trust has met the prime minister today, I believe the target set by BJP workers for the upcoming elections will be achieved.”

Shree Khodaldham Trust, a prominent social-religious institution, manages the temple of Ma Khodiyar at Kagvad in Rajkot district. Ma Khodiyar is the patron deity of the Leuva Patel community. Patel is believed to have considerable influence with the numerically significant Patidar community in Gujarat.

He, however, has maintained distance from politics so far. After months of speculation about his possible entry in politics, he announced in June this year that he would not join any political party.

Opposition Congress too had tried to woo Patel in an attempt to win the support of the community which is crucial for it in the Saurashtra region. Aam Aadmi Party (AAP) too had expressed its willingness to rope in Patel.

He was last seen meeting state Congress chief Jagdish Thakor, MP Shaktisinh Gohil and other party leaders at Khodaldham temple during the party’s rally on September 28.