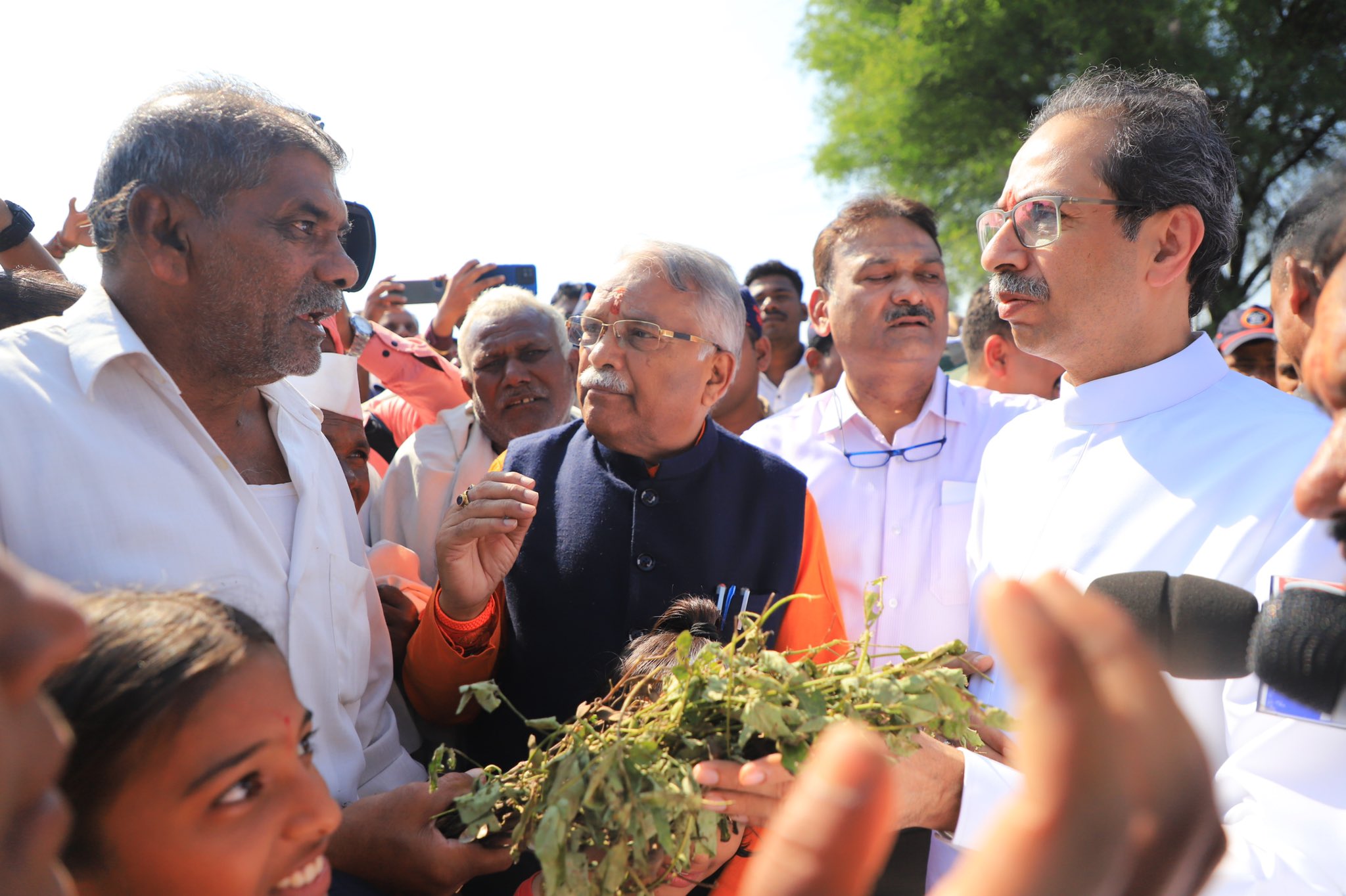 AURANGABAD: Shiv Sena president Uddhav Thackeray on Sunday demanded the Maharashtra government declare “wet drought” in the state and provide Rs 50,000 per hectare as compensation to farmers affected by rains without waiting for the loss assessment reports.

In a dig, Thackeray said there is a downpour of announcements under the Eknath Shinde government and a “drought” in their implementation as he interacted with rain-hit farmers in Aurangabad district.

He said the incumbent government loved to organise celebrations without bothering to see if people are happy and satisfied.

The former chief minister was talking to reporters after visiting Pandharpur and Dahegaon villages in the Aurangabad district where retreating rain damaged crops.

“This state government is a celebration-loving government. There is an excess downpour of the announcement, whereas there is a drought in their implementation. Events should be celebrated but the government should see the people in the state are at least satisfied,” he said.

Thackeray said the state government must take efforts to change the relief criteria set by the National Disaster Response Fund as they have become outdated.

He also said the state government should follow up with the Centre on the implementation of the ‘Beed pattern’ of crop insurance, also called the 80-110 formula.

According to the supporters of the “Beed pattern”, the formula gives benefits to farmers and the state by way of excess funds and to the insurer by capping the pay-outs.

Calling his visit a symbolic one, Thackeray said the state government must declare “wet drought” in the state and provide Rs 50,000 per hectare as compensation to farmers affected by the rains.

He said the state government must begin providing relief immediately instead of waiting for the loss assessment reports to be submitted from all areas.

Speaking to PTI, farmer Kisanrao Dhonde (70) of Dahegaon in Gangapur tehsil said the heavy rains brought about by the retreating monsoons have destroyed his crops.

“My farm is spread over 6.5 acres. I had sown corn and cotton and harvest time was nearing. I had taken a loan of Rs one lakh to cover the cost of production. Now I won’t even 30 per cent of this amount from the sale of whatever produce is left,” he said.

Dhonde, whose farm was visited by Thackeray, said his brinjal and okra cultivation has also rotted, leaving his family with a debt of Rs 3 lakh.

“I have no money to make repayments. The state government must help us,” he said.

Dahegaon sarpanch Vikram Raut said loss assessment surveys have not been completed as yet in the area and no aid from the government has reached people in the village so far.

The erstwhile Maha Vikas Aghadi (MVA) government led by Thackeray in 2019 announced that those farmers who repay the crop loan on time will get an incentive. Initially, the amount was Rs 25,000, which was later revised to Rs 50,000.

Now in opposition, Thackeray-led Shiv Sena, NCP, and Congress are demanding a declaration of wet drought in the state in the wake of retreating rain damaging crops of farmers.