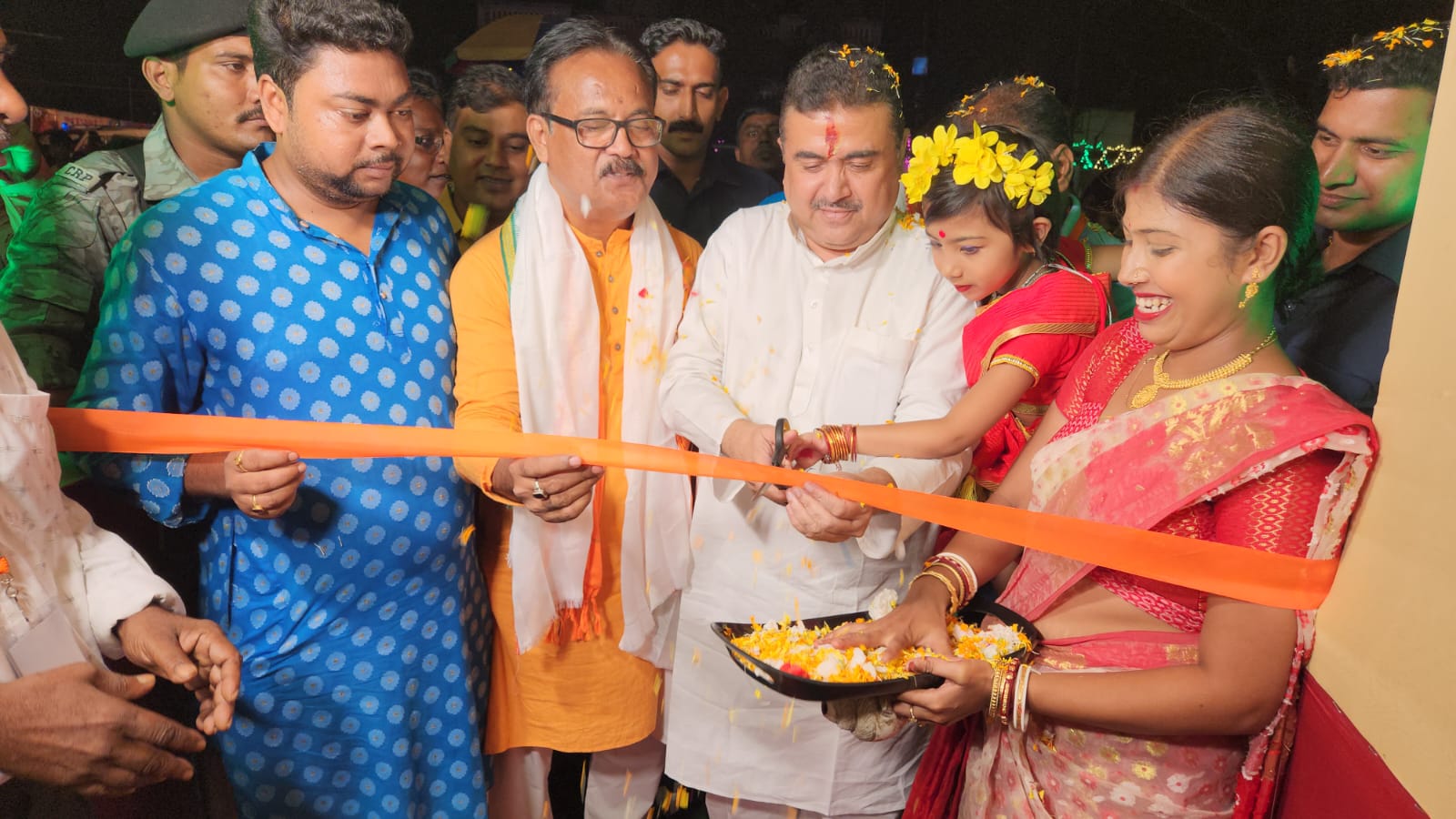 SURI: The Leader of Opposition in West Bengal, Subhendu Adhikari was seen with two TMC councillors of Suri municipality at a Kali temple here sparking off speculations. The meeting took place at Bamni Kali Temple at Suri in Birbhum district on Saturday which Adhikari visited ahead of Kali Puja celebrations.

On the auspicious eve of Kali Puja, I consider myself fortunate to participate in several inaugural events across West Bengal.
May Maa Kali bless everyone with the strength to fight the evil & demons. pic.twitter.com/nxKBmTe7C6

The two councillors – Ujjwal Chatterjee, who was the former chairman of Suri Municipality, and Kundan Dey were present at the temple when the senior BJP leader walked into the temple and they spoke to him.

Later, Adhikari posted a picture of the meeting in social media in which Chatterjee is seen speaking to him.

Adhikari, the Nandigram lawmaker is a former leader of the TMC. He had switched to BJP in 2020 before the state election and is a strident critic of the TMC government and its supremo Mamata Banerjee.

The TMC councillors described the meeting as a ”coincidence” and ”without any political significance.” Asked, Chatterjee said ”I visit the Bamni Kali temple every year before Kali Puja. On Saturday I suddenly met Subhendu Adhikari in the temple and spoke to him out of courtesy. As he was in our party (TMC) earlier, we know each other.” Dey said, ”We don’t take politics to the temple. TMC has always been courteous to opposition leaders.” No comment was made by the district TMC leadership about the meeting.

Adhikari had inaugurated two Kali pujas here, besides visiting Bamni temple. Kali Puja is being celebrated across the state on Monday.

Seizing the chance, BJP district president Dhruba Saha Sunday said, ”Many TMC leaders are trying to join BJP but we are in no hurry. We have not forgotten what they did to our workers after the declaration of the state assembly election result last year.” BJP has claimed that a number of it workers were killed by TMC in post-poll violence in 2021. TMC has said the charge was baseless.