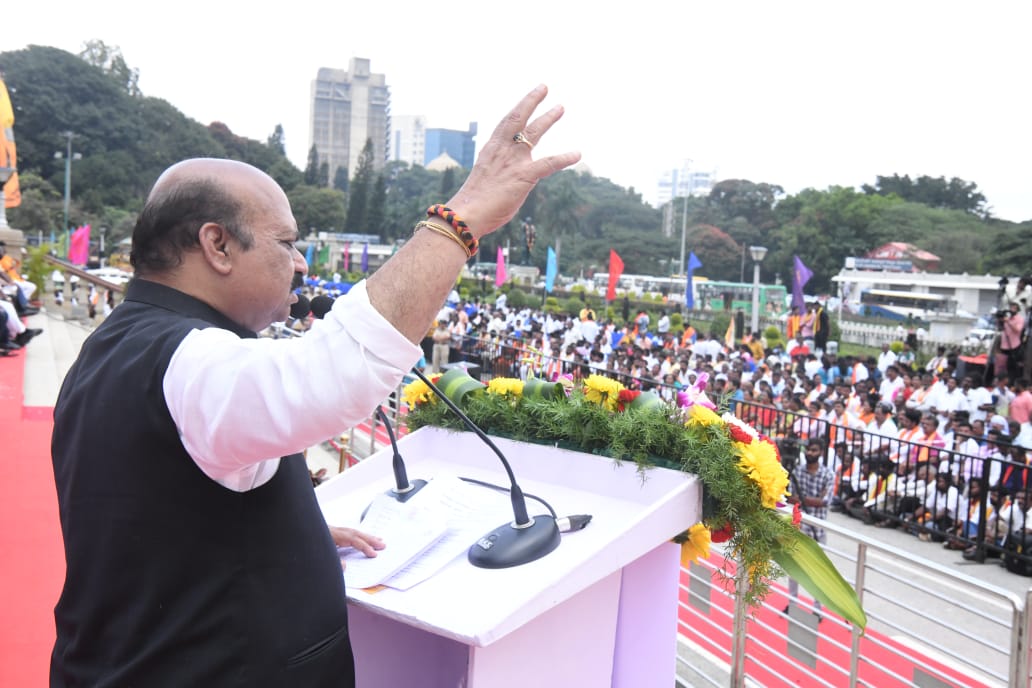 HUBBALLI: Karnataka Chief Minister Basavaraj Bommai on Monday said his government will take every measure to offer legal protection to the ordinance increasing the reservation for SCs and STs in education institutions and government jobs.

After it was approved by the Governor, it was made public through a gazette notification.

The gazette notification said the number of castes increased drastically after the inclusion of some more communities. The total population of SCs and STs in the state went up by leaps and bounds, it added.

“There is a need to get approval of both the Houses, which we will do in the next (Assembly) session,” Bommai said.

Regarding a few other recommendations on reservation, the Chief Minister said those proposals are pending before various commissions. Once the report comes, the government will take action, he added.

Bommai declined to comment on the possibilities of removing or adding communities from the reservation categories saying that such decisions have to be taken within the framework of law and the Constitution.

The Karnataka government brought the ordinance for SCs and STs in accordance with the Justice Nagamohan Das Committee recommendation to increase the quota.

The move is seen as an attempt by the BJP government in Karnataka to woo the SC/ST communities ahead of assembly elections, which are about six months away.