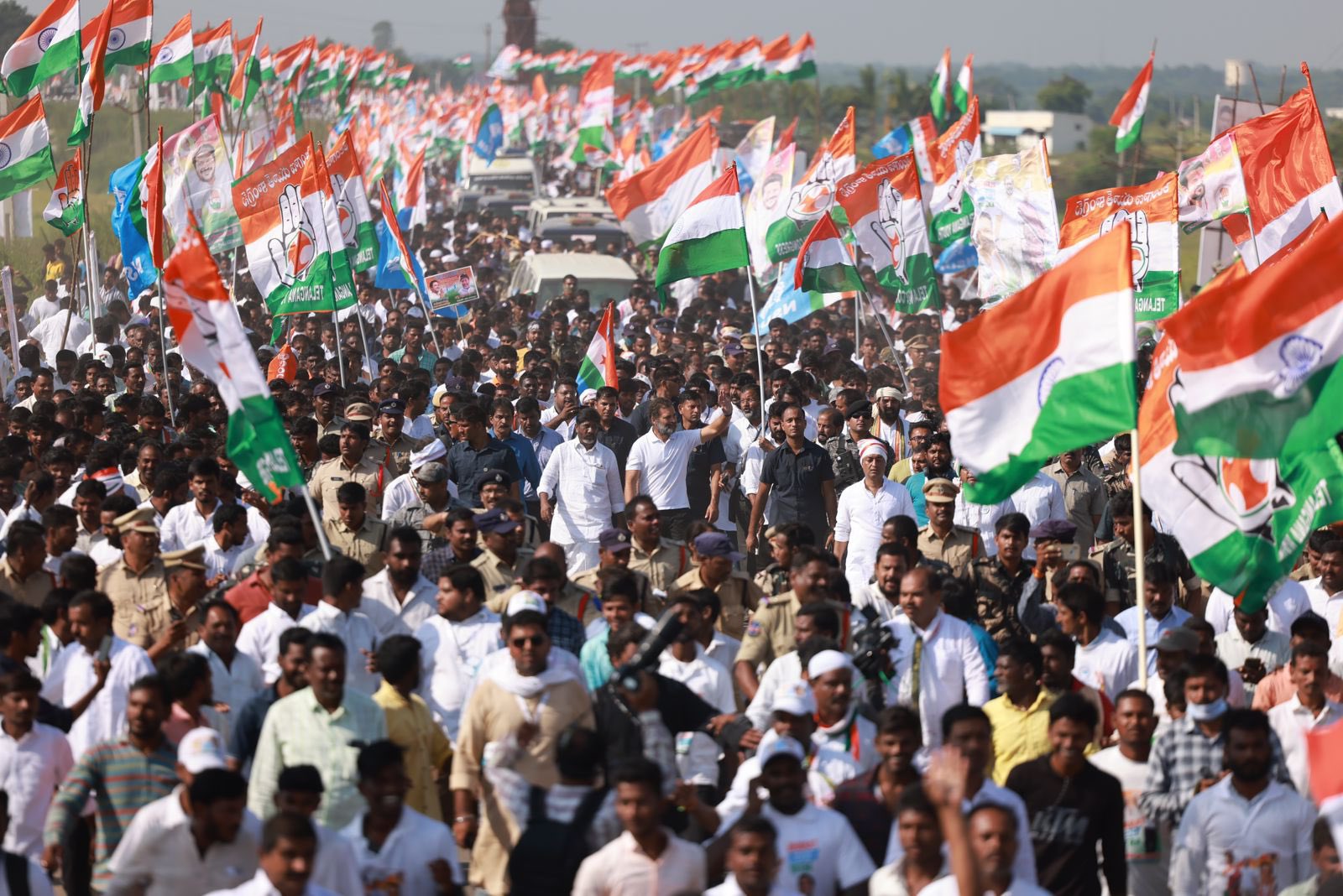 NEW DELHI: The Congress on Tuesday said the Bharat Jodo Yatra, which has completed one-third of the 3,570-km route, has achieved its desired purpose with people raising their voice against the issues of price rise, unemployment and divisiveness.

AICC general secretary Jairam Ramesh said the yatra has so far covered four states and a total of 18 districts and will cover another eight in Telangana in the next 11 days, after which it will move towards central India. It will resume after the Diwali break on Thursday from Mehboobnagar in Telangana.

He also said the Congress will launch state-specific marches — a 2,400-km yatra in Odisha starting October 31 from Bhubaneshwar, a 850-km yatra in Assam, and one in West Bengal starting December 28.

“After 48 days journey, 4 states, 18 districts, 4 public rallies, 35 street meetings and 4 press conferences, I can say that the desired purpose and objectives with which Bharat Jodo Yatra was started is being achieved,” Ramesh told reporters.

The issues related to farmers have been raised everywhere and their plight is being highlighted, besides discussion on unemployment, he said, adding the third issue raised is of inflation, especially GST on essential commodities.

Ramesh also claimed that around 50 organisations have walked with Rahul Gandhi during the yatra and have spent time with him.

Gandhi has addressed four press conferences in these 48 days – one each in Tamil Nadu, Kerala, Karnataka and Andhra Pradesh.

Ramesh said the enthusiasm of people is worth seeing and the yatra has received an overwhelming response so far.

He said the Congress organisation at the block, district and state levels has remained united and the party’s cadre at the grassroots has been mobilised and are now preparing for the yatra in Maharashtra, Madhya Pradesh, Uttar Pradesh, Haryana, Delhi, Punjab, Rajasthan and Jammu and Kashmir.

Responding to a question, he said he was hopeful that the leaders of the Maga Vikas Aghadi coalition in Maharashtra would join the yatra in the state.

Ramesh said any organisation or political party which believes in the objectives of the Bharat Jodo Yatra is welcome to join it and that in the last 48 days, many such persons and organisations have joined it.