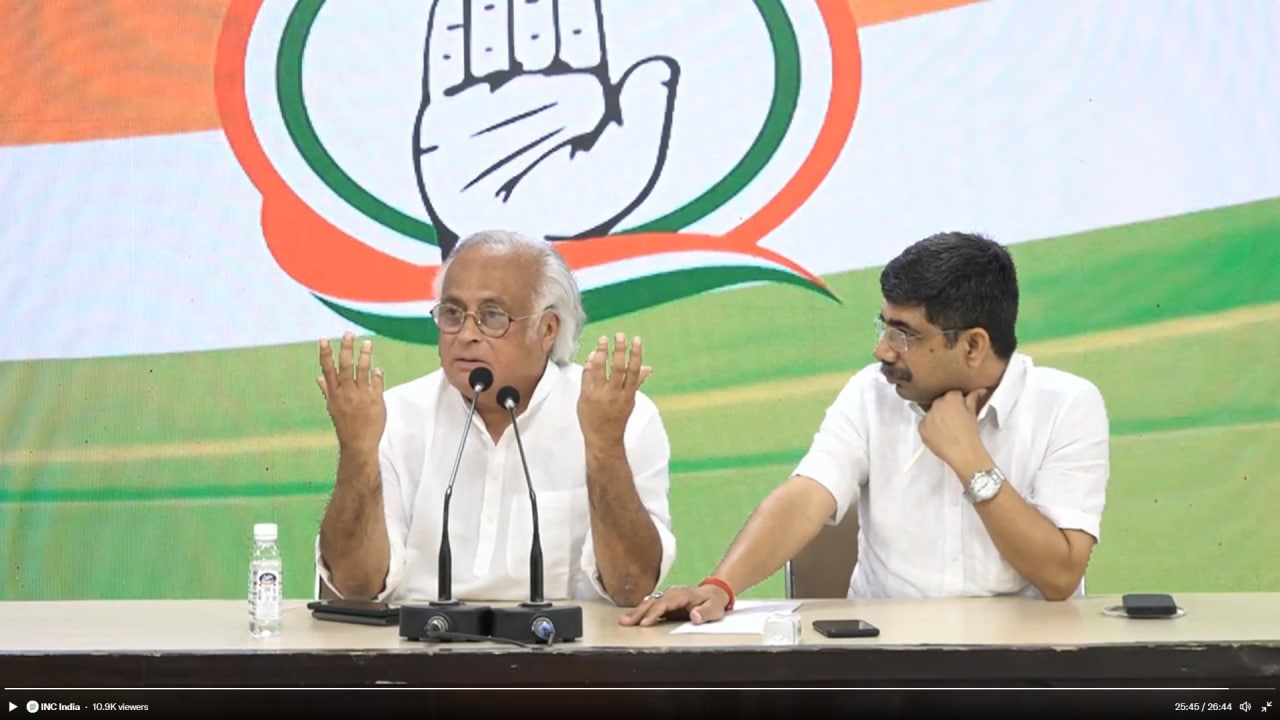 NEW DELHI: The Congress on Tuesday said India does not need to draw lessons from any other country as many minorities have become the president and chief minister in the past, a remark seen as a rebuff to party leaders P Chidambaram and Shashi Tharoor who hoped India will follow Rishi Sunak’s example of electing a person from minorities to the top post.

AICC general secretary communications Jairam Ramesh said respecting diversity has been India’s hallmark for many years and cited the examples of Zakir Hussain, Fakhruddin Ali Ahmed and A P J Abdul Kalam who held the top constitutional position in the country for many years.

After Indian-origin Sunak was picked as the United Kingdom’s next prime minister, Chidambaram and Tharoor had said that India should draw lessons from the UK and hoped one day this practice would be adopted in the country.

“The Congress is a democratic party,” the Congress leader said, adding the Bharat Jodo Yatra is blowing the trumpet of democracy while the Bharatiya Janata Party is blowing guns of autocracy.

“Those who get a mandate will become prime minister. Democratically, if someone is elected, we don’t have a problem. England’s party has made him the prime minister, we welcome it,” said Ramesh.

He said India has set an example across the world on celebrating diversity and respecting them.

The Congress general secretary said if we suppress diversity and try to bring uniformity, we will not be able to strengthen our society. “Our strength is unity in diversity. I will go a step further, as we will remain united through diversity. Bharat Jodo Yatra’s purpose is this only, to unite diversity of different languages, castes and religions.”

Ramesh said in Karnataka they met some people a few days ago who speak a language which does not have a script. “We need to strengthen them as they are also Indian citizens.”

Asked specifically on his mention of the last years of Modi rule, he said, that is because there is a huge difference between the thoughts of Atal Bihari Vajpayee and Narendra Modi.

Vajpayee was a product of the Nehru era and he was very impressed by Jawaharlal Nehru and that is the truth.

“But, Narendra Modi is busy only in one thing – of how to erase the legacy of Jawaharlal Nehru and how to finish Teen Murti. Now there will be Teen Murti in 10, Downing Street also,” Ramesh said.

Congress leaders P Chidambaram and Shashi Tharoor welcomed the election of Sunak and hoped one day this practice is adopted in the country.

“First Kamala Harris, now Rishi Sunak. The people of the US and the UK have embraced the non-majority citizens of their countries and elected them to high office in government,” Chidambaram said on Twitter.

“I think there is a lesson to be learned by India and the parties that practise majoritarianism,” he also said.

“If this does happen, I think all of us will have to acknowledge that the Brits have done something very rare in the world, to place a member of a visible minority in the most powerful office. As we Indians celebrate the ascent of @RishiSunak, let’s honestly ask: can it happen here,” said Tharoor.

Sunak will make history as Britain’s first Indian-origin Prime Minister after being elected unopposed as the new leader of the governing Conservative Party on Diwali as Penny Mordaunt withdrew from the race.

This means the 42-year-old former chancellor, a devout Hindu, is poised to walk through the door of 10 Downing Street in London after an audience with King Charles III in Buckingham Palace.

Sunak will not officially become Prime Minister until Liz Truss, Britain’s shortest serving Prime Minister, formally tenders her resignation to the King after which he will be invited by the monarch to form a new government. Besides being the first Hindu Prime Minister of Indian heritage, Sunak is also the youngest for around 200 years at 42 years.