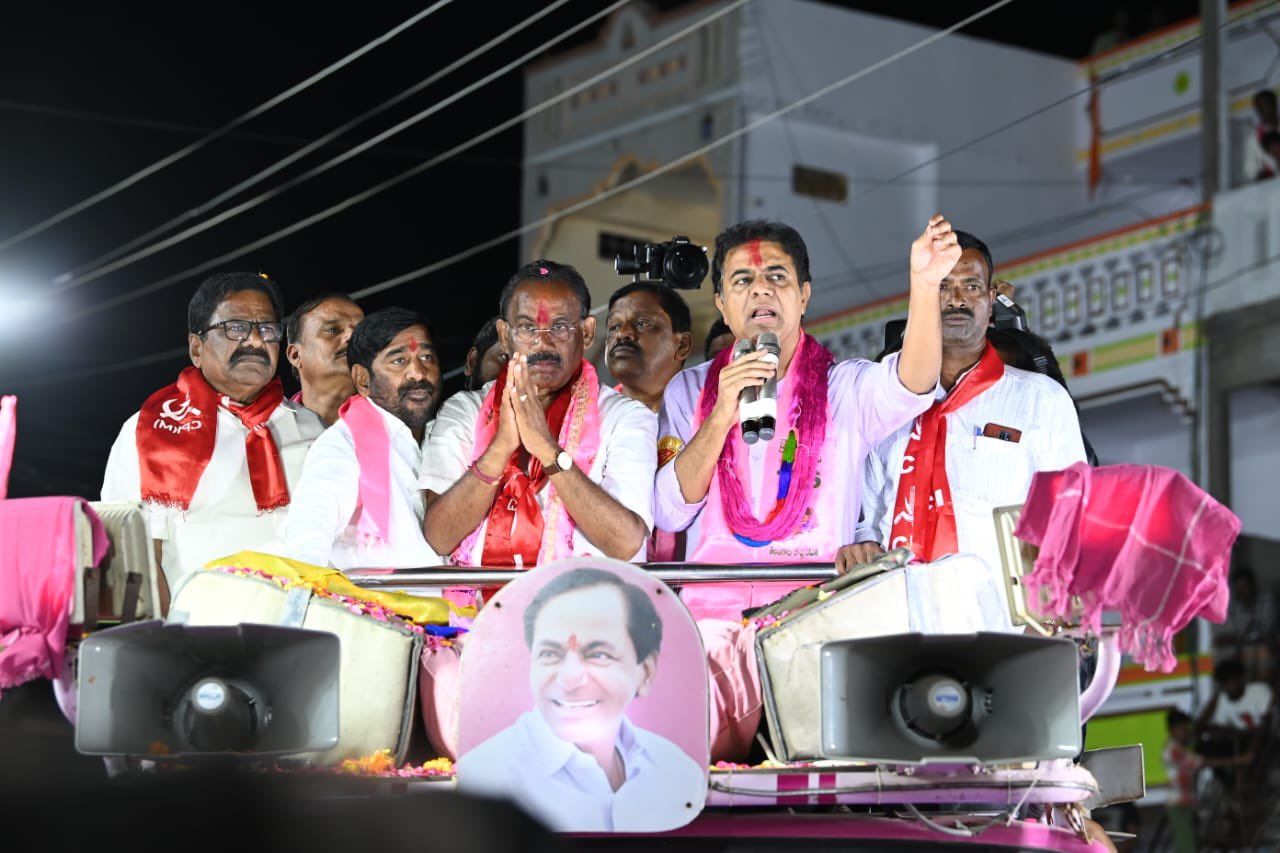 HYDERABAD: Stepping up his attack on the NDA government at the Centre, ruling TRS working president in Telangana K T Rama Rao on Tuesday alleged that the Centre’s recent ‘Rozgar Mela’ (an online job fair) is a cruel joke on the unemployed youth.

Saying that this new drama has been unveiled before elections in Gujarat and Himachal Pradesh, Rama Rao, son of Chief Minister K Chandrasekhar Rao, claimed that Prime Minister Narendra Modi gave an assurance that two crore jobs would be filled every year.

In an open letter to Modi, Rama Rao asked if a White Paper would be released on the number of jobs filled by the BJP government in the past eight years.

The TRS working president said the Telangana government has filled 1.50 lakh government jobs and has initiated the process of filling 91,000 more.

Besides, 16.5 lakh jobs, employment opportunities were provided in the private sector. This was done in the State with a 3.5 crore population, he said.

The poster was released in connection with the crucial November 3 bypoll to Munugode Assembly constituency in Nalgonda district.

The list includes making a Dalit leader as Chief Minister; distribution of three acres of land to Dalits and installation of a 125-foot tall statue of Dalit leader Babasaheb Ambedkar; putting an end to farmers’ suicide in Telangana and purchasing the last grain of farmers’ produce; one job, per family in Telangana; unemployment dole of Rs 3,016; and annual release of job calender by the State Public Service Commission.

The bypoll in Munugode has been necessitated due to the resignation of sitting Congress MLA Komatireddy Raj Gopal Reddy who joined the BJP.

The counting of votes in the bypoll would be taken up on November 6.