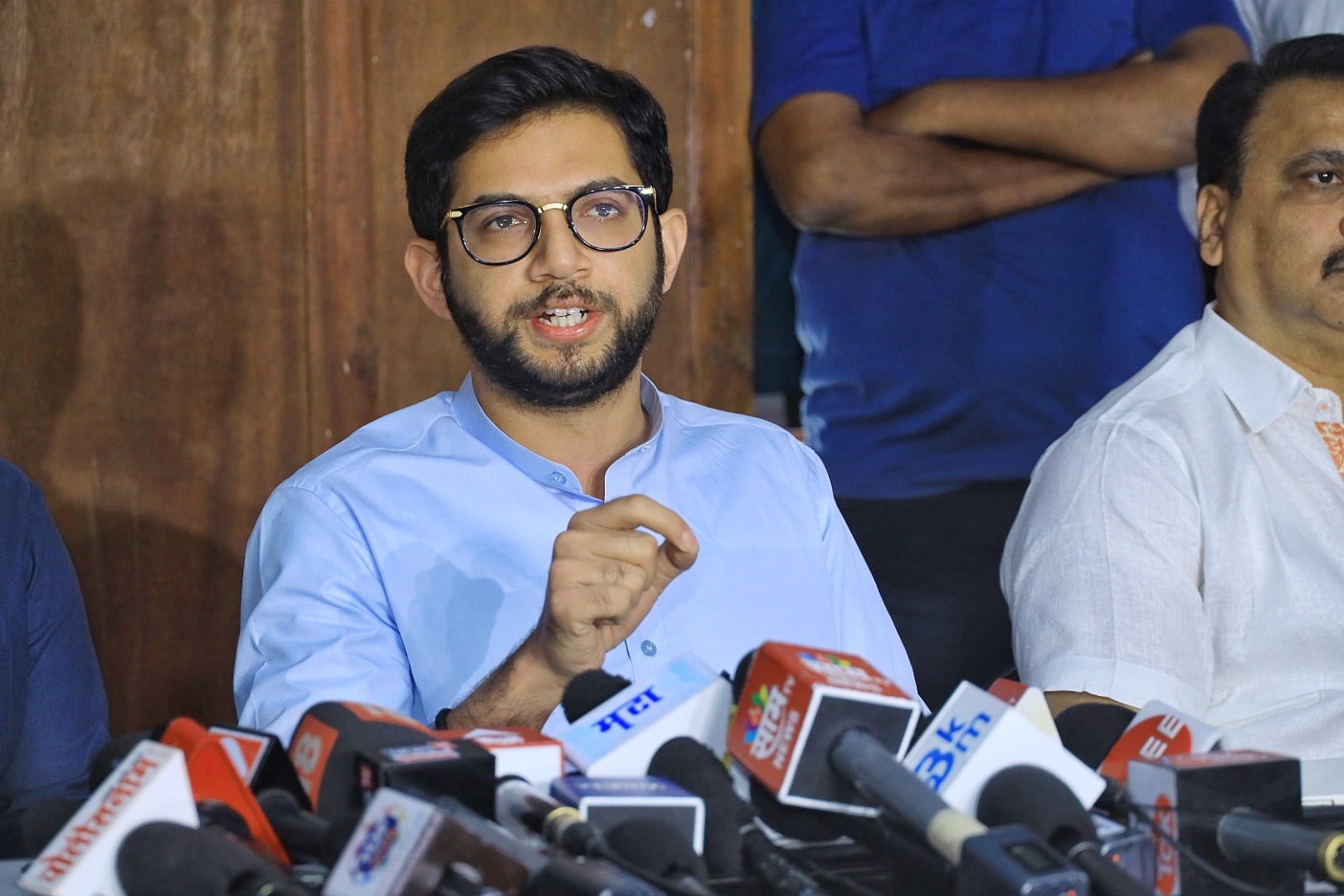 MUMBAI: With the announcement about Tata-Airbus C-295 transport aircraft project coming up in Gujarat, former Maharashtra minister Aaditya Thackeray on Thursday slammed the Eknath Shinde-led government and asked it why the project that was supposed to come up in Maharashtra went to the neighbouring state.

He accused the Shinde government of not being serious about the state’s progress and criticised it for “failing to protect the state’s interests”.

The ruling Bharatiya Janata Party (BJP) in Maharashtra, however, countered him saying that the previous Maha Vikas Aghadi (MVA) government did not do anything to follow up on the proposed project.

A consortium of Airbus and the Tata group will manufacture C-295 transport aircraft for the Indian Air Force (IAF) in Vadodara in Gujarat, the Defence ministry said on Thursday, announcing the Rs 22,000 crore project where a military plane will be produced in India for the first time by a private company. Prime Minister Narendra Modi will on Sunday lay the foundation stone for the manufacturing facility of the European defence major and the Indian conglomerate, in what is billed as a major boost to the domestic aerospace sector.

In September this year, CM Shinde’s loyalist Uday Samant, who is currently the Industries Minister, had said that the Tata-Airbus aircraft manufacturing project would come up near Nagpur in Vidarbha region of Maharashtra.

The MVA Govt’s work on electrification of public transport in Pune was recognised internationally at the Mayors’ Summit of @c40cities in Buenos Aires.
I met @PMCPune Commissioner Kumar ji and congratulated Pune city for this award. Also req him to work towards membership of C40 pic.twitter.com/TECAPuwyIK

Speaking to reporters here in Shirur tehsil in Pune district, Thackeray asked, “Will the state government give answers to why these projects are going out? This is the fourth project which has gone away from Maharashtra since the traitor government has come to power in the state. They always boast that they have a double-engine government, but although one engine of the central government is working, the state government’s engine has failed.”

Thackeray was in Shirur to inspect the losses that farmers have suffered due to heavy rains.

He added that the previous MVA government led by his father Uddhav Thackeray had managed to bring investment to the state even during the pandemic, but this government has failed to do so.

“CM Shinde goes to Delhi on a regular basis. But he goes there for himself and not for Maharashtra. I never heard him saying that the Tata-Airbus project should come to Maharashtra. Projects including Vedanta Foxconn, Bulk Drug Park, Medical Device Park, and now Tata Airbus have gone to Gujarat,” he alleged.

He said he was not sad because the project was going to some other state. “The question is why is it not coming to our state. Why this new government is not able to bring projects to the state? In the last few days, CMs from other states are coming to Maharashtra and interacting with the local industrialists here to seek investments, but our CM goes to Delhi, and he does so for himself,” he said.

The Worli MLA said that big and small projects used to come to Maharashtra because of merit. “But today, despite having the merit, these projects are going to the other state,” he said.

He also asked the state government to immediately announce a wet drought in the state and provide help to farmers.

He visited farmers in Malthan village area in Shirur tehsil and inspected the crops that suffered due to the heavy rains.

“We have given a slogan – ‘Give or leave’, which means the state government should either provide help to farmers or step down,” he said.

Countering his allegations, BJP legislator Praveen Darekar said, “The deal (for Tata-Airbus project) was inked a year back, and one should find out who was in power at that time. The previous government did not do anything on it, including no correspondence with the Union government to facilitate this project in the state. The opposition should not make such baseless allegations.”

Maharashtra BJP chief spokesperson Keshav Upadhye said, “PM Modi made an announcement of ‘Aatmanirbhar Bharat’, which was followed by the Airbus Defence and Space S.A. Spain entering into an agreement to supply 56 C-295 MW transport aircraft and it was approved by cabinet committee on security.”

On September 24 last year, the defence ministry also signed a contract with the Airbus Defence and Space S.A. for acquisition of aircraft with associated equipment, he claimed.

“Despite so much development, the then MVA government did not send a single letter to the Centre. That government did not even follow up the issue with the Union government. The MVA leaders should avoid diverting the attention despite being aware of the facts,” Upadhye said.

“I challenge them to release a letter they had addressed to Tata-Airbus in the past,” he said.

Last month, a blame-game had erupted in Maharashtra following the announcement that a joint venture semiconductor project of the Indian conglomerate Vedanta and Taiwanese electronics giant Foxconn, proposed to be set up near Pune city earlier, would come up in Gujarat.

The Uddhav Thackeray-led faction of the Shiv Sena, the NCP and the Congress, all constituents of the MVA, have sought to corner the Shinde-BJP government over the Rs 1.54 lakh crore plant going to Gujarat.