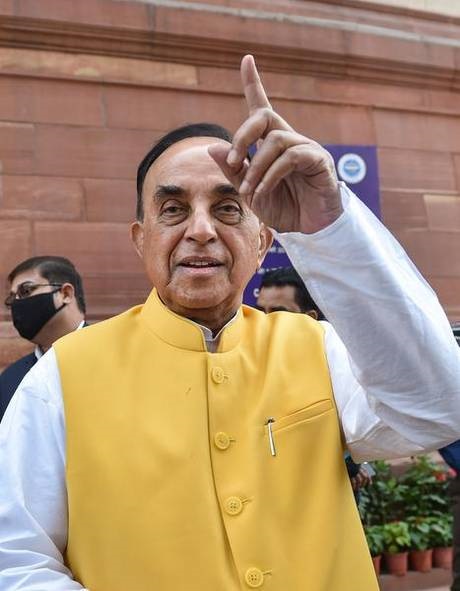 NEW DELHI: Former BJP MP Subramanian Swamy approached the Delhi High Court on Thursday, stating that in spite of an earlier assurance, the Centre has not made any security arrangements at the accommodation he would be residing in after vacating the government-allotted bungalow.

Swamy, a “Z” category protectee whose term as a Rajya Sabha member ended in April, had earlier moved the court for re-allotment of the government bungalow, citing security threats to him.

The Govt has not done what it said in High Court it will do for security on their own accord. Hence I asked the Court today to make the Govt keep its promise given to the court earlier six weeks ago

On Thursday, his counsel mentioned the issue of providing adequate security at his private residence before a bench headed by Chief Justice Satish Chandra Sharma, which agreed to list it for hearing on October 31.

Representing Swamy, senior advocate Jayant Mehta told the court that when a single-judge bench of the court had granted six weeks’ time to the former MP to vacate the bungalow, the Centre had given an assurance that adequate security arrangements would be made at his place of stay.

“None (security arrangements) have been done till date. October 26 was the last date when he had to move out. He is at a life risk. He has moved an application today for a direction in terms of their undertaking,” Mehta said.

On September 14, Justice Yashwant Varma had directed Swamy to hand over the possession of his government bungalow to the estate officer within six weeks, noting that the allotment was made for a period of five years, which had come to an end.

Swamy’s term as a member of the Upper House of Parliament came to an end on April 24.

The single judge, while disposing of Swamy’s petition seeking re-allotment, also recorded that there was no material shown that mandated and required the allotment of government accommodation to a “Z” category protectee.

Representing the government, Additional Solicitor General Sanjay Jain had submitted that while Swamy continues to remain a “Z” category protectee, the policies and guidelines that govern such protectees do not obligate the Centre to also provide residential accommodation from the general pool.

He had said while the government shall continue to extend the Z-category protection to Swamy subject to due periodical review, it would not be possible for the bungalow in question to be re-alloted to the Bharatiya Janata Party (BJP) leader.

Jain had said in any case, the petitioner has his own residential premises where he can possibly shift and the protecting agencies shall take all further steps in that premises, as may be warranted, to ensure his safety and security.