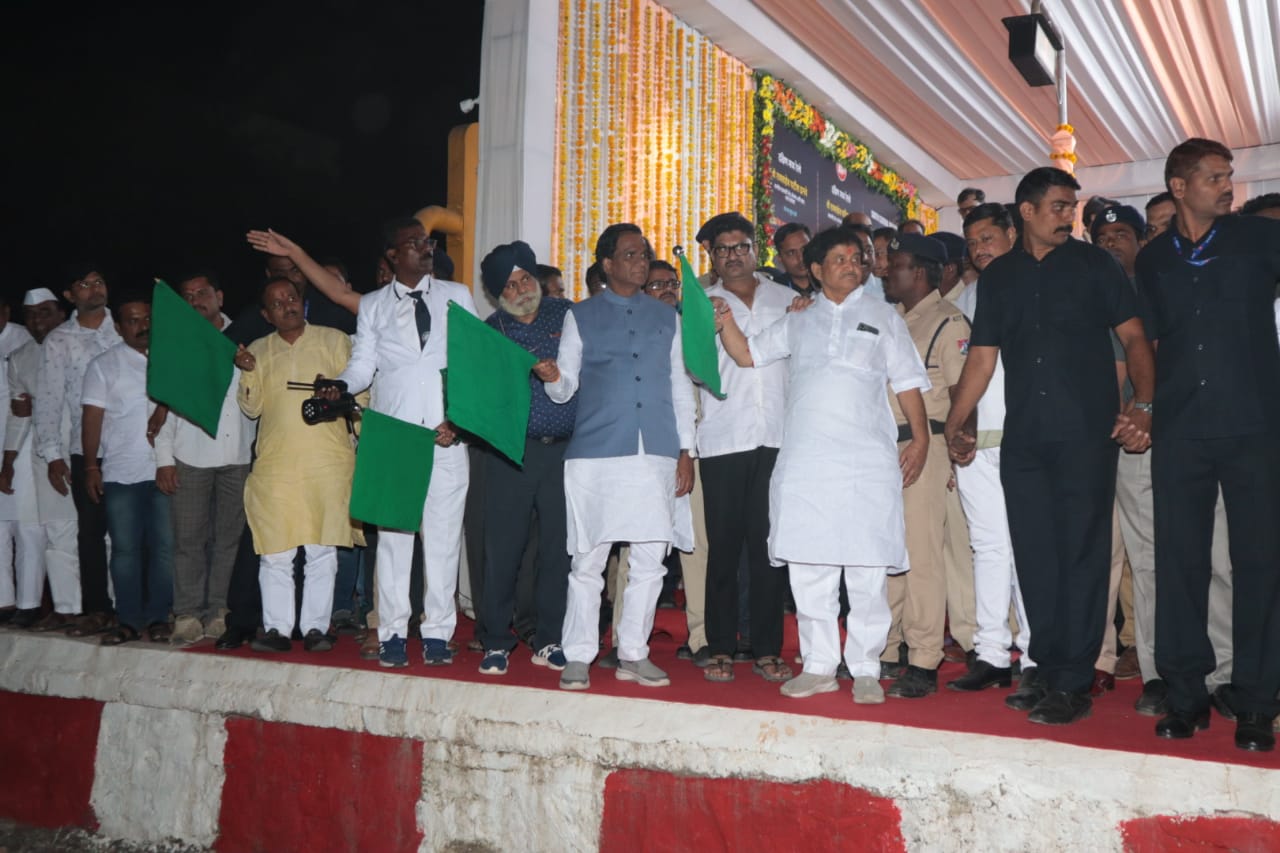 JALNA: Union minister Raosaheb Danve has said that running passenger trains does not benefit the railways in terms of revenue, and added that the central government runs these services for the convenience of people. The Minister of State for Railways also said that the national transporter tries to make up for the losses incurred due to passenger trains from freight services.

He was speaking after flagging off a weekly special train from Jalna to Chhapra Junction (in Bihar) on Wednesday night.

“The railways does not earn any profit by running daily (passenger) trains. For every rupee spent, it suffers a loss of 55 paise. There is no profit in running passenger trains…there is a loss. But the Modi government does not work for profit. (Prime Minister Narendra) Modi ji says we have to operate these services for the convenience of people,” he said.

“And we try to make up for the losses (suffered due to passenger trains) by operating freight services and through other sources of revenue,” the minister said.

Danve said the train connectivity between Jalna and Chhapra via Khandwa, Prayagraj and Varanasi was a long-cherished dream of the people of the Marathwada region.

The inaugural service of the (weekly special Jalna-Chhapra) train has 96 per cent passenger occupancy, which is very encouraging. The train is being run as a weekly service, but depending on the response and the needs of the passengers, its frequency will be increased in future, he said.

One more special train, which will run between Jalna and Tirupati, will be flagged off on October 29, Danve added.

Divisional Railway Manager of Nanded division of the South Central Railway, Upinder Singh, who was also present on the occasion said the railways has been continuously taking steps to fulfil the aspirations of passengers for better connectivity to the destinations of their choice.

“Accordingly, in order to fulfil the demands of a large section of passengers from the Marathwada region, this weekly special train has been introduced between Jalna and Chhapra via Khandwa, Prayagraj and Varanasi. It will meet the aspirations of pilgrims and passengers traveling between Marathwada and various destinations located in the states of Madhya Pradesh, Uttar Pradesh and Bihar,” he said.

Earlier, passengers who wished to travel by train to Prayagraj or Varanasi from the region had to change trains. Now, this weekly special train will provide an easy, safe and fast mode of transport, the senior official said.