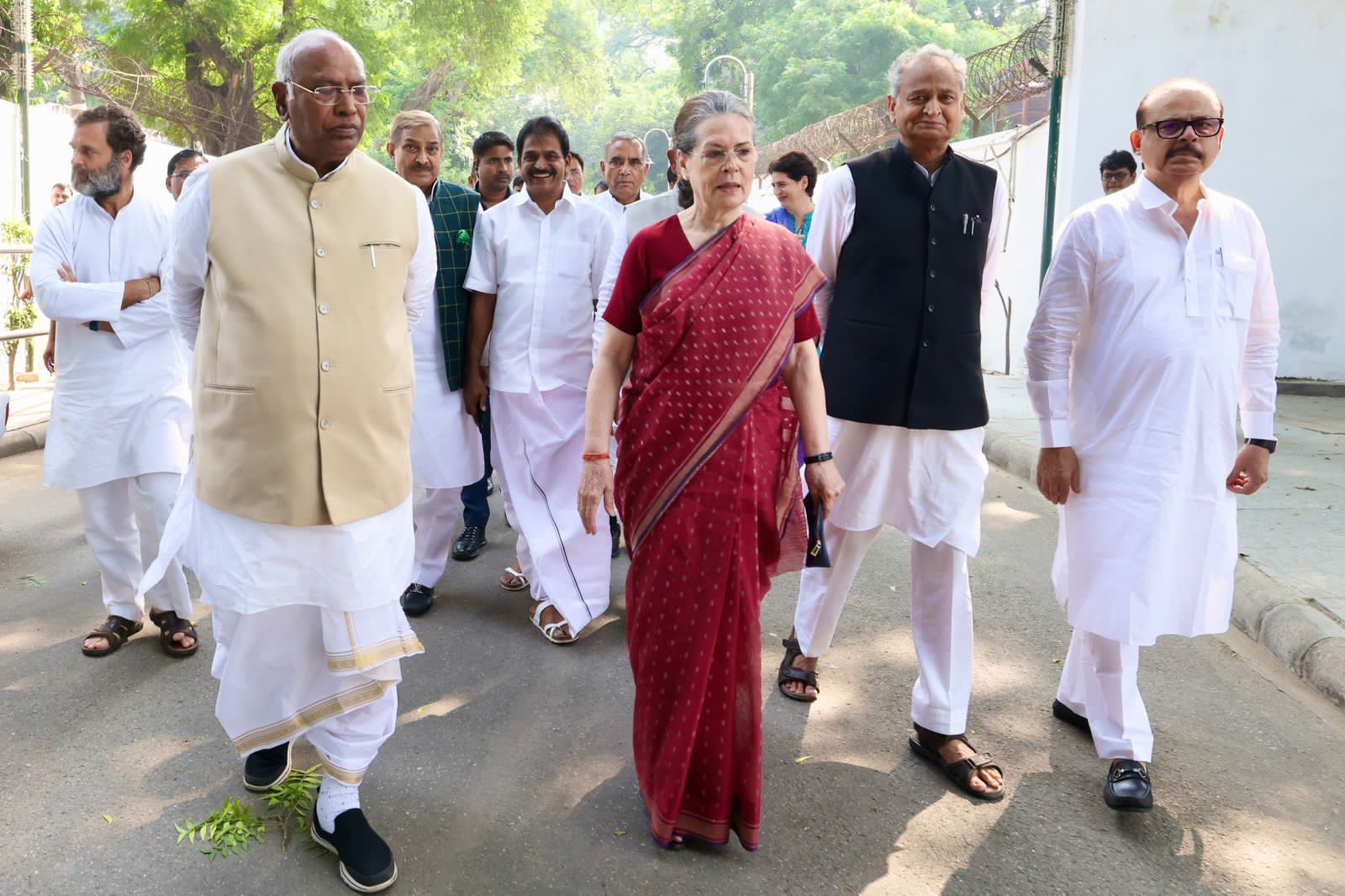 NEW DELHI: Terming Sonia Gandhi’s guidance as invaluable for the Congress party, Rajasthan Chief Minister Ashok Gehlot on Wednesday said the change of guard is an emotional moment for all partymen.

“When Sonia Gandhi took over as Congress president in 1998, the party did not have a government at the Centre and it had many challenges in the states too. After she took over as party president, the Congress won in all states, including Rajasthan, Madhya Pradesh, Delhi, Karnataka,” he said in a tweet in Hindi.

Veteran leader Mallikarjun Kharge formally took over as Congress president on Wednesday and said the party will break the “system of lies and hatred” prevailing under the current government.

Kharge, the first non-Gandhi to head the party in 24 years, had defeated Thiruvananthapuram MP Shashi Tharoor in a direct contest for the president’s post in the grand old party after the Gandhis opted out of the race.

“Sonia ji even gave up the post of prime minister and always ran the party like a family. Due to this spirit of sacrifice, affection and belongingness, the party united under her leadership and formed the UPA by forming alliances with many parties.

“Those who were opposed to Sonia ji when she entered politics became her admirers. Today, Sonia Gandhi leaving the post of Congress president is an emotional moment for all Congressmen, he added.

Gehlot, who attended the swearing-in ceremony of Kharge in Delhi, is scheduled to go on an election tour of Gujarat from October 28.