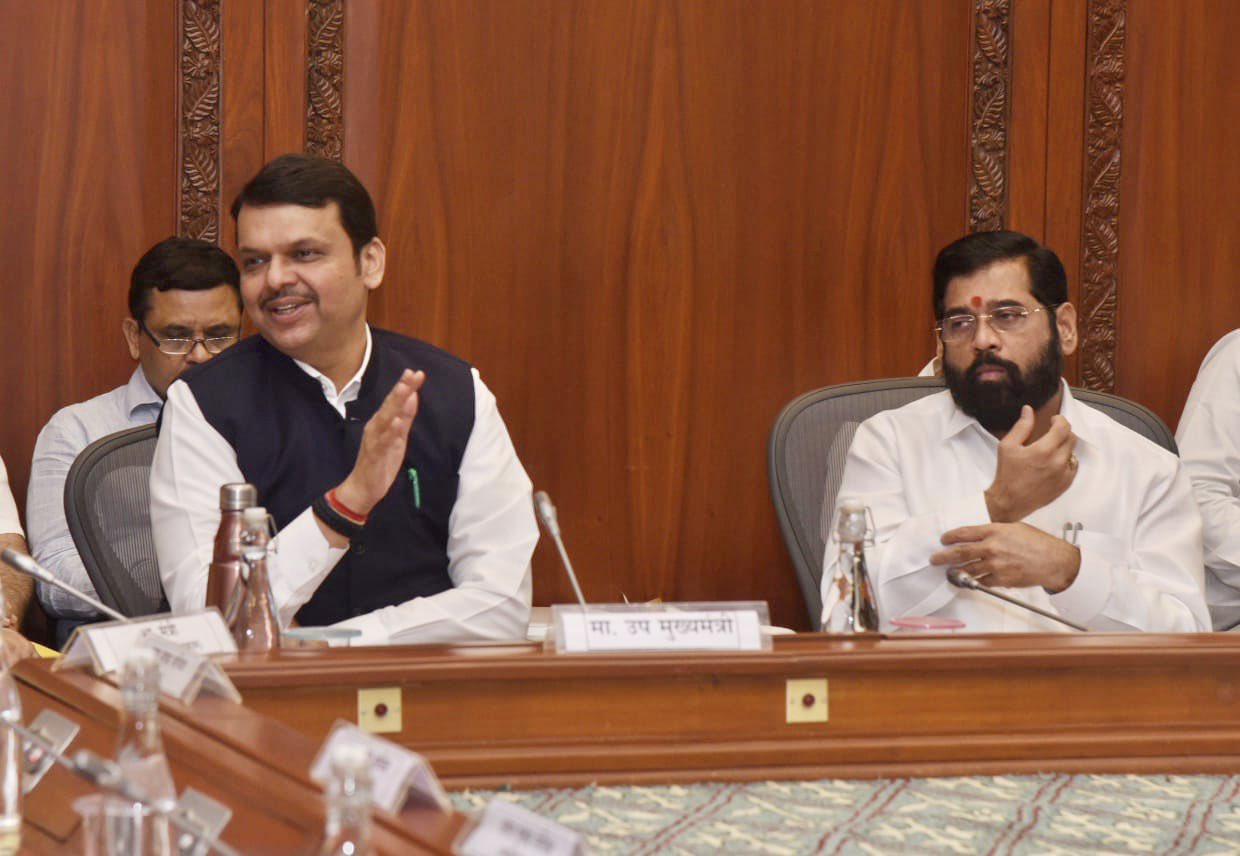 Notwithstanding its covert operation to purchase TRS MLAs misfiring in Telangana, the Bharatiya Janata Party now appears to be on the backfoot in Maharashtra too, with the BJP-backed Eknath Shinde government, barely four months in power, already on shaky ground.

It appears the ‘bribe’ tactics adopted by the BJP to topple the Maha Vikas Aghadi (MVA) government have boomeranged, with two MLAs trading bribe charges and even warning that they would bring down the government.

Political uncertainty prevails in Maharashtra after the incident, which saw former Minister and Prahar Sanghatana founder Bacchu Kadu trading verbal bullets with independent MLA Ravi Rana. The two began firing salvos at each after Rana accused Kadu of taking Rs 50 crore from the Shinde camp to switch loyalty from the Uddhav Thackeray camp.

Bacchu Kadu at a press conference at Nagpur On Wednesday refuted the charges, saying he alone had not gone to Guwahati. “If I received Rs 50 crore, then all the others, including Rana should have received the same amount,” he said.

He further dared Rana to prove his allegations of horse-trading in bringing down the MVA government by November 1, failing which he would launch an agitation. He reportedly also warned of parting ways with the Shinde government. He also demanded Chief Minister Eknath Shinde and Deputy Chief Minister Devendra Fadnavis to clear all the allegations whether they had given money to the Uddhav Thackeray-led Shiv Sena MLAs and independent MLAs to switch sides.

“Rana backs BJP and his allegations offended seven or eight of us, who are with Shinde. We may sit together and decided future course of action” Bacchu Kadu reportedly said.

Kadu was a Minister in the MVA government and has been accommodated in the Shinde government as well. The situation is turning worse, especially after the news of cabinet expansion broke out.

Amidst the verbal duel between Bacchu Kadu and Ravi Rana, Uddhav Thackeray’s son Aditya Thackeray reportedly claimed that at least 10 MLAs from the Shinde camp were in touch with the former Chief Minister, citing Shinde’s failure in fulfilling promises, particularly that the Shiv Sena party would belong to them.