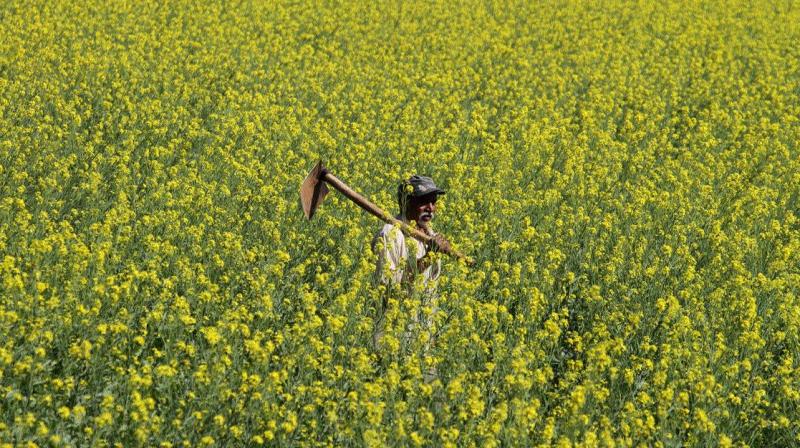 NEW DELHI: The Swadeshi Jagran Manch (SJM) on Friday opposed a regulatory body’s recommendation for environmental release of genetically modified mustard, calling it “dangerous” and urged the Centre (Narendra Modi government) to ensure that the crop’s seed is not allowed to be planted “now or ever”.

In a letter to Union Environment Minister Bhupender Yadav, the RSS-affiliated organisation accused the Genetic Engineering Appraisal Committee (GEAC) of functioning in an “irresponsible fashion” and said the claims made in support of genetically modified (GM) mustard were “completely untrue, unsubstantiated and wrongly projected”.

The ministry had earlier kept the regulatory clearance for the operationalisation of the recommendation made in favour of GM mustard in abeyance to seek a review after the Swadeshi Jagran Manch raised “key issues” of concern.

However, the GEAC “predictably” did not take up any review “worth the name”, Mahajan said.

“The regulators are joining hands with GM crop developers and are time and again compromising the regulatory regime quite seriously, and they have done so with this GM mustard also,” he charged in his letter.

“We are confident that as a person who has carefully studied the adverse impacts of the GM crops and also published opinion pieces on the same in the past, you will intervene immediately in this matter, and ensure that no GM mustard seed is allowed to be planted, now or ever,” Mahajan added in his letter to Yadav.

Raising objections to the regulatory body’s recommendation, the Swadeshi Jagran Manch co-convenor termed as “completely untrue” the claim that GM mustard was ‘swadeshi’ and had been developed in India.

“We would like to bring it to your kind notice that in 2002, Proagro Seed Company (Bayer’s subsidiary), applied for commercial approval for a similar construct that Prof Pental and his team are now promoting as HT Mustard DMH 11,” he said.

Mahajan was referring to scientist Deepak Pental, whose GM mustard technology has been approved by the GEAC.

Bayer’s application at that point was turned down because the Indian Council of Agricultural Research (ICAR) said their field trials did not offer evidence of superior yield, he underlined.

It is “well known” that hybridisation of GM mustard is achieved by means of two genes barnase and barstar, derived from a soil bacterium called Bacillus amyloliquefaciens, Mahajan said.

The bar-barstar-barnase gene is a patented technology of Bayer Crop Science, he said.

“Bayer is not a Swadeshi company. How can a product patented in their name be termed as Swadeshi. The fact that Bayer owns the patent of the genes used in Prof Pental’s mustard has been deliberately concealed from the people of India,” he added.

The GMO mustard has no yield advantage compared to indigenous hybrids, he added.

“The data from Rapeseed Mustard Research (DRMR), Bharatpur clearly shows that the claim of Prof. Deepak Pantel that his GM mustard would increase yield by 26 percent is deceptive and misleading as there are several existing hybrid varieties that outperform the transgenic variety DMH-11,” the Swadeshi Jagran Manch co-convenor said.

“In fact for reasons best known to the developer, the existence of better performing non-GM hybrids from his own stable has been concealed and he has chosen to falsify the data by comparing the yield performance of GM mustard with some of very old varieties having lesser yield.”

The fact is that existing non-GM varieties of mustard give at least 25 per cent more yield than what Pental has said about the GM mustard, he added.

Mahajan also dismissed as “wrong” claims about expected savings in foreign exchange requirements and said it was evident “beyond doubt” that the country would be “seriously dependent” on multinational companies for usage of patents and import of herbicides causing greater outflow of valuable foreign exchange.

“The condition of royalty payment by the developer to Bayer has also been kept a secret. Not only that the GMO mustard is based on Bayer’s patented Barnase-barstar-barnase gene system for which royalty shall be paid, it is said to promote usage of glufosinate, an herbicide from which Bayer will benefit the most through its existing brands,” he said.

For the GEAC to say that the usage of any formulation of herbicide is not permitted for cultivation in the farmers” fields under any situation is “ironical and objectionable”, he added.