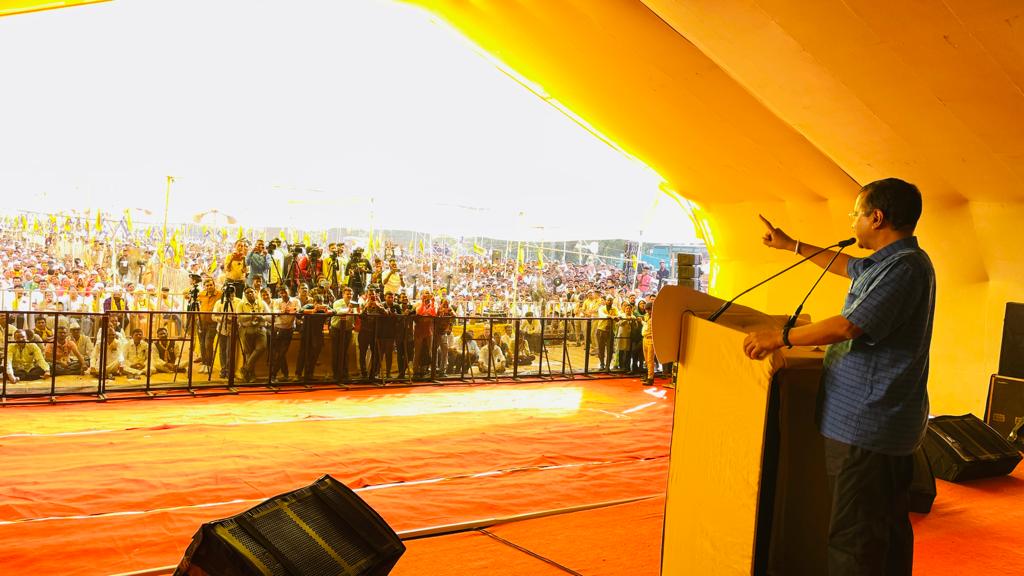 AHMEDABAD: Amid a row over Delhi Chief Minister Arvind Kejriwal’s appeal for printing images of Hindu deities on currency notes, the ruling BJP and the opposition Congress in Gujarat on Friday criticised the Aam Aadmi Party (AAP) for removing Mahatma Gandhi’s photos from government offices in Punjab, where the AAP is in power.

Attacking Kejriwal over his demand, Gujarat BJP president CR Paatil said people should remain cautious and make sure the AAP does not remove Mahatma Gandhi’s photograph from currency notes like it did in government offices.

“The AAP has removed Gandhiji’s photos from the Punjab Chief Minister’s Office as well as from all government offices in the northern state after coming to power. People need to remain cautious to make sure the AAP does not remove Gandhiji’s photos from currency notes too,” Paatil told reporters at Patan town of Gujarat.

Notably, Kejriwal, the AAP convener, and his party colleague, Punjab CM Bhagwant Mann, were in Panchmahal district of Gujarat on Friday to address a rally ahead of the Assembly polls expected to be held in the next few months. Rajasthan Chief Minister Ashok Gehlot, who has been appointed a senior observer for Gujarat polls by the Congress, also slammed the AAP over the removal of Mahatma Gandhi’s images from offices in Punjab.

“Gujarat is the land of Mahatma Gandhi. He is revered by people around the world. But, the AAP has removed Gandhiji’s photos from government offices in Punjab. They do not have any moral right to seek votes in this state (Gujarat) after what they did (in Punjab). The people of Gujarat need to drive them out,” Gehlot said while talking to reporters in Vadodara.

Instead of photos of the Father of the Nation, the Kejriwal-led AAP has installed images of revolutionary freedom fighter Bhagat Singh and chief architect of the Constitution Babasaheb Ambedkar in government offices in Punjab, where the party came to power in March this year. The Delhi CM has triggered a row with his demand that images of Lord Ganesh and Goddess Lakshmi be printed on currency notes.