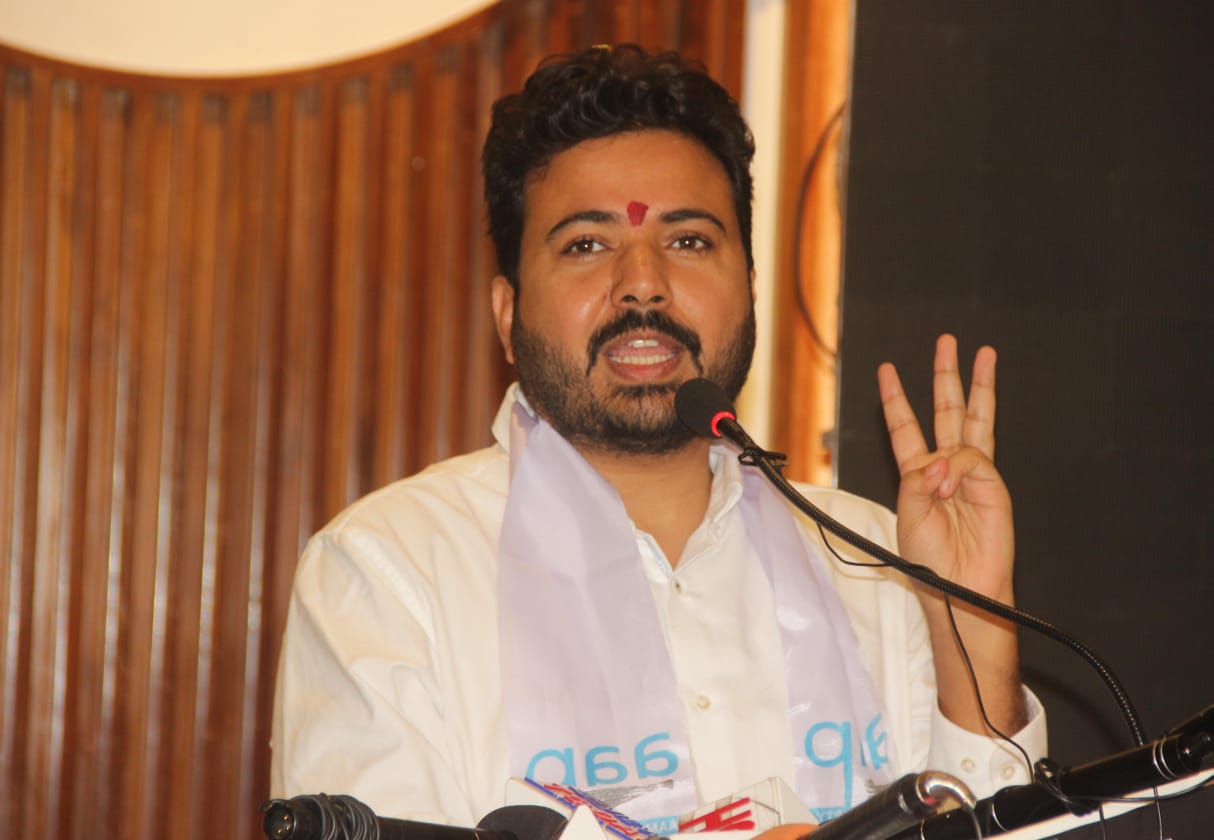 JAMMU: In a bid to increase the footprints of the party in the region, the AAP on Friday announced formation of two bodies of Kashmiri-displaced people in Jammu.,

The party, as it made the announcement, also claimed that it will form next government in Jammu and Kashmir as people have made up their mind give them a chance.

“People in Jammu and Kashmir are watching the model of governance of Arvind Kejriwal ji in Delhi and Punjab. They have made up their mind to elect AAP government in J&K. We will form government here,” MLA Delhi and In-charge of J&K unit of AAP, Durgesh Pathak told reporters here.

“People have tested National Conference, PDP, Congress. BJP is currently ruling here through backdoor. They tested them, and now they have made up their mind to vote AAP to power here,” he said.

Earlier, Patahak administered oath to the newly-appointed office bearers of the party.

The party announced two panel for Kashmiri-displaced people — a 16-member provincial level panel headed by M K Yogi, who had left minority cell head of National Conference and joined AAP two months ago, and an 11-member youth wing of such displaced people, to be be headed by Deepak Raina, Pathak said.

AAP’s championing of Kashmiri-displaced people comes in the backdrop of targeted killing of people belonging to such group, and months-long protests of Kashmiri Pandit employees for their relocation from Kashmir in wake of these killings.