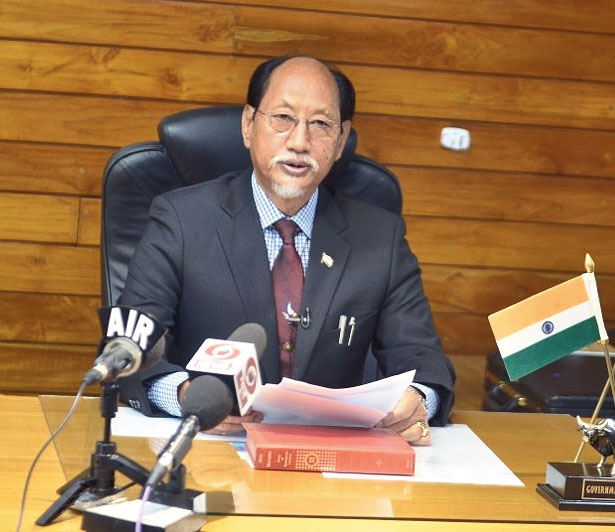 KOHIMA: Nagaland Chief Minister Neiphiu Rio on Friday said that the state has been lagging behind in all forms of development due to the unresolved Naga political issue.

The Nagas must unite and resolve the protracted issue to usher in a new dawn of progress, the chief minister said.

For over 70 years, Naga people have suffered and were deprived of development while opportunities were also few owing to the unresolved issue, the chief minister said.

No final solution has been achieved till date with the NSCN-IM remaining firm on its demand for a separate flag and constitution for the Nagas.

The chief minister said that if a solution to the Naga issue arrives at around this time, the state polls may have to be deferred as seats in the Assembly and Parliament have to be increased.

The polls to elect 60 members of the Nagaland Assembly are due in the northeastern state by February 2023.

However, the chief minister appreciated the recent developments with political talks continuing between the Government of India and National Socialist Council of Nagalim-Isak-Muivah (NSCN-IM) and Working Committee of seven Naga National Political Groups (NNPGs).

The NSCN-IM and NNPGs have recently agreed to form a common body to explore ways and move forward towards finding a solution to the imbroglio over the Naga peace talks.

The decision to have the common body known as Council of Naga Relationships and Cooperation’ was an outcome of a meeting between the NNPGs and the NSCN-IM initiated by the Forum for Naga Reconciliation.

The talks with NSCN-IM started in 1997 following the signing of a ceasefire agreement and they inked the Framework Agreement on August 3, 2015.

The NNPGs which started separate negotiations in 2017 and signed the Agreed Position in November same year, have expressed their willingness to go ahead with a solution with whatever is possible now and continue discussing the remaining issues post solution.

Meanwhile, Rio said he and the local MLA Zale Neikha were satisfied to have inaugurated Kezoma Urban Station during the day.

It was under the present dispensation that the number of districts has increased to 16 from 11 while the Cabinet also approved upgrading 13 small towns to urban stations, the chief minister said.