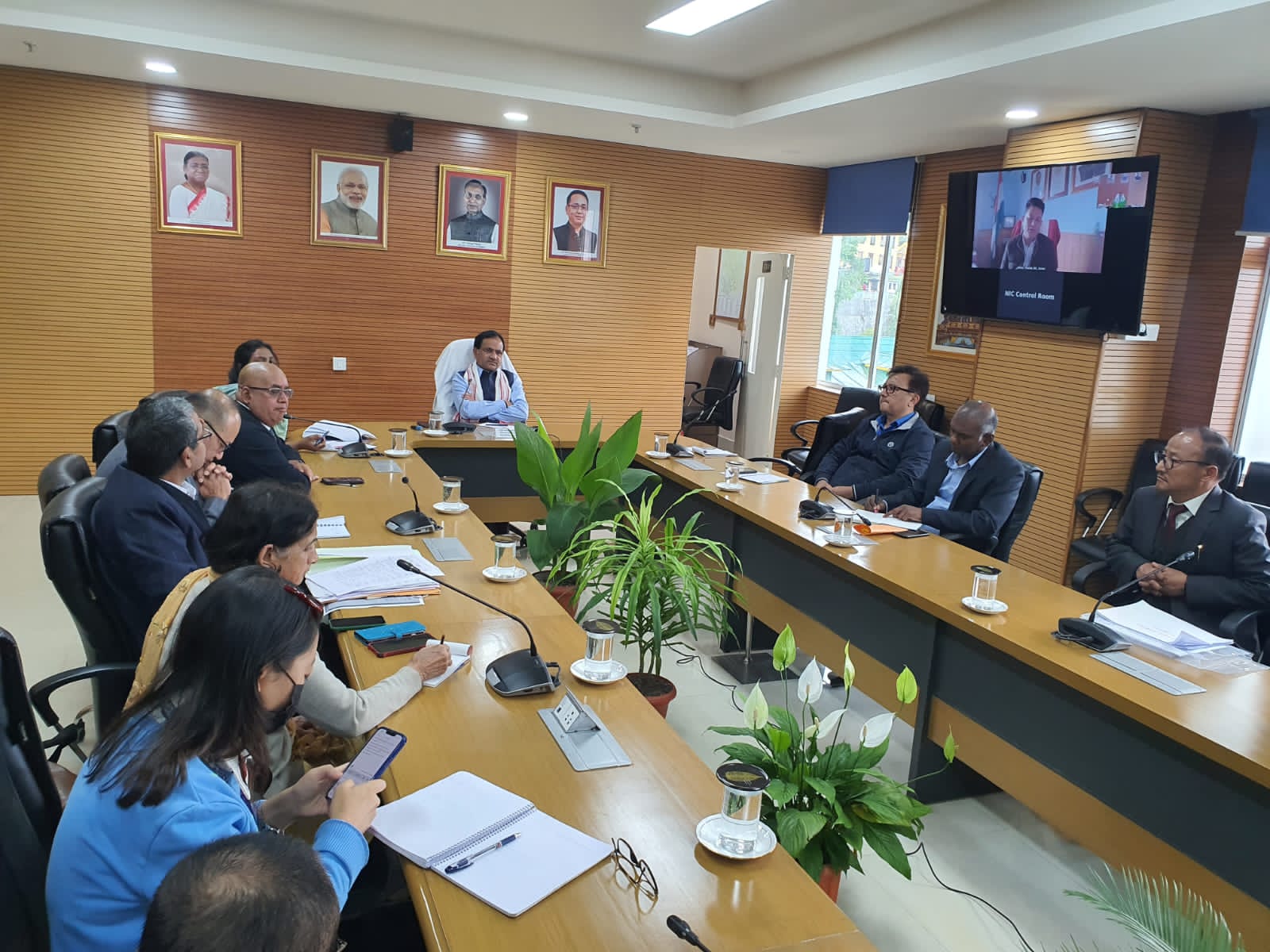 Khuba also lauded the state government for expanding the educational infrastructure to provide quality education to the students.

The Union Minister said that he has taken feedback from various quarters during his visit to the state which will come handy in planning strategies for effective implementation of various central schemes with a focus on the outcome.

Khuba said that he would take all queries, suggestions, and demands needed for planning a futuristic strategy, which would sync with the demands and focus on outcomes.

At an aspirational district review meeting West Soreng, Sikkim with Secretaries, Govt of Sikkim & district officers. Emphasized on the need for prompt reporting of crop loss, compensations to farmers under GoI schemes. Also, of the potential Sikkim holds in renewable energy. pic.twitter.com/mgm701jQJm

Earlier, during his review meeting with the officials, the union minister enquired about the progress in implementation of the centrally sponsored flagship programmes in sectors like health, agriculture, education, and power, etc.

He stressed the need to expand and implement the Centre’s flagship schemes for betterment of the people and sought a proactive and collective approach to get the result.