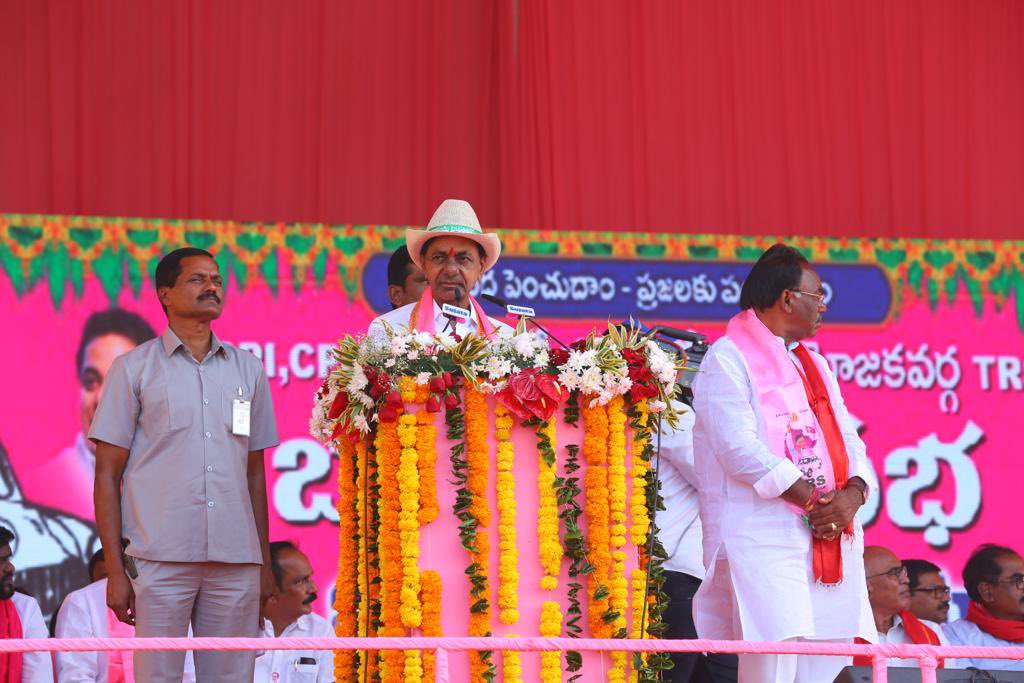 HYDERABAD: Telangana Chief Minister K Chandrasekhar Rao on Sunday alleged that the BJP was trying to ‘buy’ 20 or 30 MLAs of the ruling TRS and topple his government.

Addressing a poll rally at bypoll-bound Munugode Rao segment, Rao referred to the TRS MLAs case and said brokers from Delhi came and attempted to bribe the MLAs by offering Rs 100 crore each. However, the legislators, who are real sons of the soil, rebuffed the offer.

You have seen yesterday. (BJP thinks) KCR is talking loudly. Let’s see his (political) end. They have sent brokers to buy each MLA for Rs 100 crore. They wanted to buy 20 or 30 MLAs and topple KCR’s government and encroach Telangana so that they can implement privatisation as per their will, Rao alleged.

His statement comes a day after three people who tried to “poach” four TRS legislators were arrested and remanded to judicial custody.

Rao paraded all the four legislators in the public meeting.

Based on a complaint by P Rohith Reddy, one of the TRS legislators, cases under relevant sections – criminal conspiracy, offering bribe and provisions of the Prevention of Corruption Act, 1988 – were filed against Ramachandra Bharati alias Satish Sharma, Nanda Kumar and Simhayaji Swamy — on October 26 night.

According to the FIR copy, Rohith Reddy alleged that the accused offered him Rs 100 crore and in return the legislator had to leave the TRS and contest as a BJP candidate in the upcoming Assembly elections.