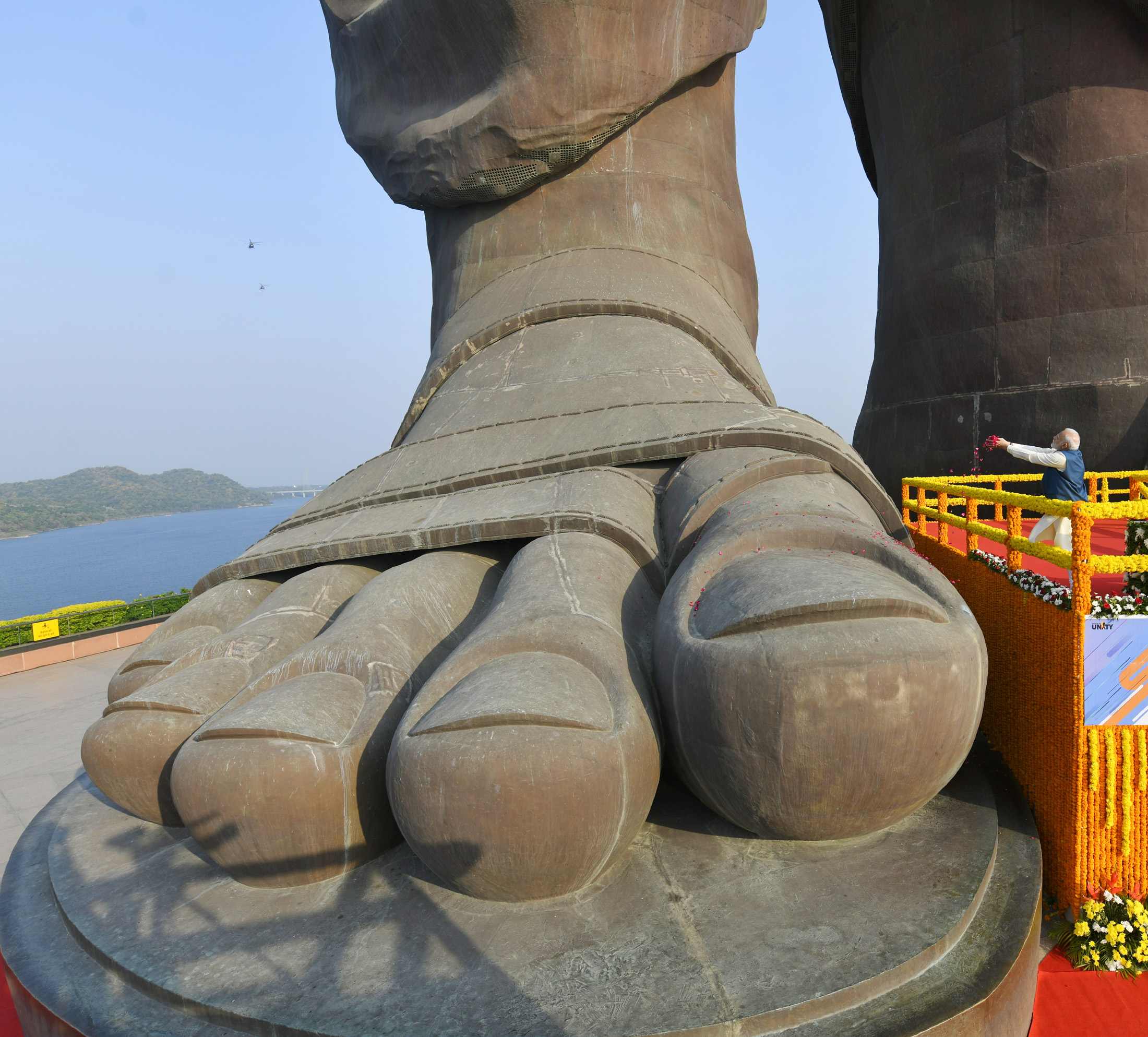 KEVADIA: Prime Minister Narendra Modi on Monday said that enemies were trying to break India’s unity and the country should stand firm against any such attempts, as he paid tributes to Sardar Vallabhbhai Patel at Kevadia in Gujarat on his birth anniversary.

Rashtriya Ekta Diwas is a tribute to the invaluable role of Sardar Patel in unifying our nation. https://t.co/mk4k21xpme

Patel’s birth anniversary is observed as the Rashtriya Ekta Diwas or National Unity Day. PM Modi said for India, its unity has never been a necessity, but has been its uniqueness.

“This unity of our country has been eyesore for our enemies. Not just today, but from thousands of years and even during the period of our slavery, all foreign attackers did whatever they wanted to do to break this unity,” he said.

“The poison that was spread in that long period, the country is facing problems due to it today also. We saw the country’s partition and enemies taking benefit of it,” PM Modi said.

“Those forces are still prevalent, they want to make people of the country fight in the name of caste, region, language, he said, adding that history is also presented in such a way that people cannot stand with each other.”

“We should note that these forces are not just our known enemies from outside, but many a times it (the enemy) enters into us in the form of slave mentality also,” the prime minister said.

“We have to answer them as the sons of this country, we have to remain one,” PM Modi said.

Modi will also visit Tharad town in Banaskantha district later in the day to inaugurate or perform ground-breaking for various projects in the parched region, mostly related to water supply, worth Rs 8,000 crore, according to government officials.

The prime minister is on a visit to Gujarat from Sunday, ahead of the state Assembly polls due this year-end.

In this article:Narendra Modi, Sardar Patel