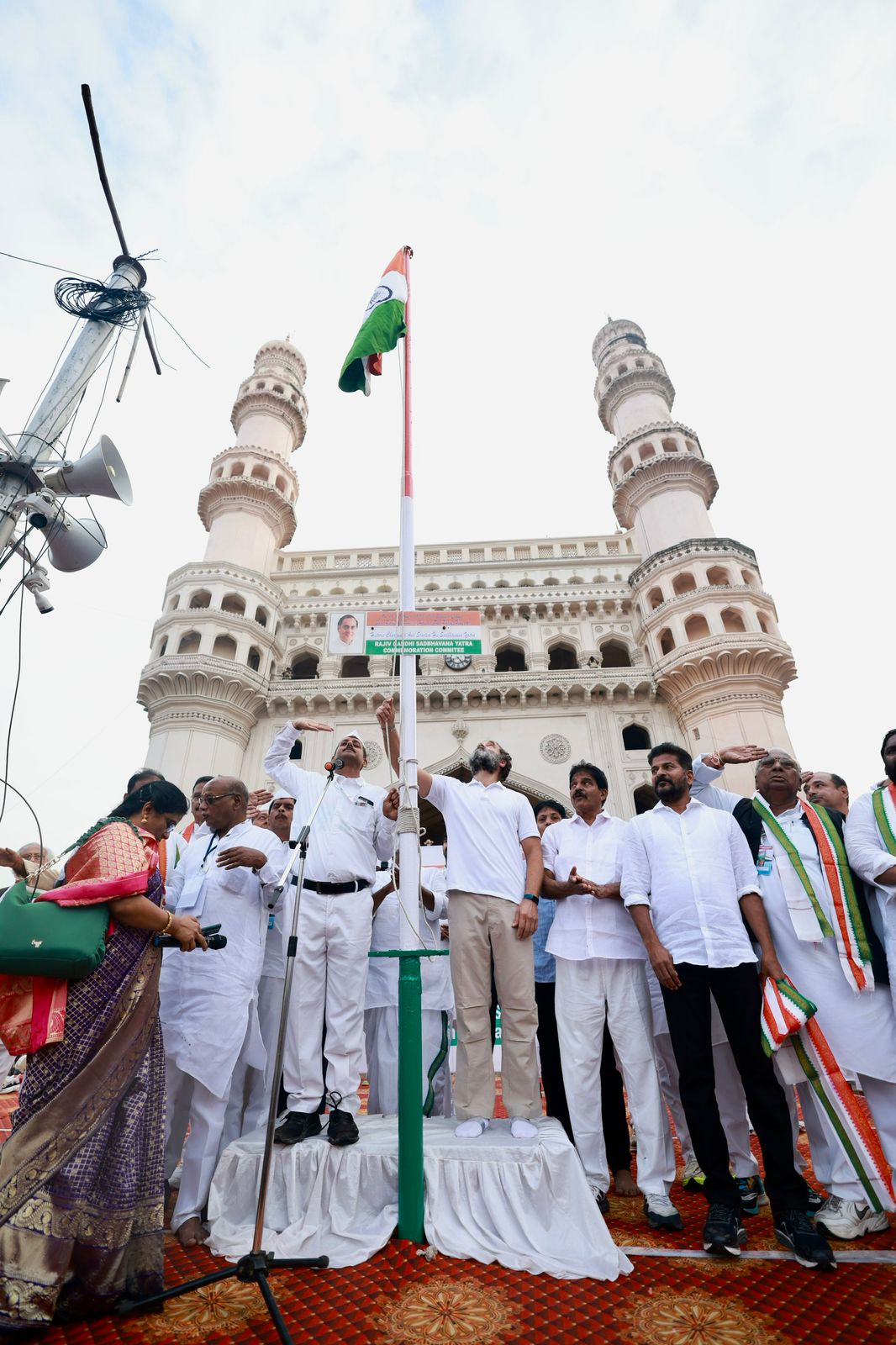 HYDERABAD: Congress leader Rahul Gandhi unfurled the national flag in front of the iconic Charminar here on Tuesday, over 32 years after his father and then party chief Rajiv Gandhi had started the ‘Sadbhavna Yatra’ from the same spot.

Gandhi arrived at Charminar to loud cheers and ”Bharat Jodo” slogans with a sea of national as well as party flags dotting the road leading up to the Charminar.

The Gandhi scion also paid floral tributes to his father Rajiv Gandhi’s photograph on the stage.

Congress general secretary Jairam Ramesh said the spot where Rahul Gandhi unfurled the tricolour was the same at which Rajiv Gandhi on October 19, 1990 started the ‘Sadbhavna Yatra’. Every year on that day, the Congress has raised the national flag here, he said, adding that this time they could not do it on October 19 so they were doing so Tuesday.

In a tweet in Hindi, Gandhi said, ”Thirty-two years ago, papa started his Sadbhavna Yatra from Charminar. He had sacrificed his life for the unity and integrity of India.” ”Goodwill is the most unique value of humanity. I, and the Congress party, will not allow it to be destroyed in the face of any divisive force,” the former Congress president said.

The padayatra resumed from Matha Temple in Shamshabad Tuesday morning and halted at the Legacy Palace at Bahadurpura in Hyderabad for an afternoon break.

The yatra’s night halt will be at Gandhi Ideology Centre in Bowenpally.