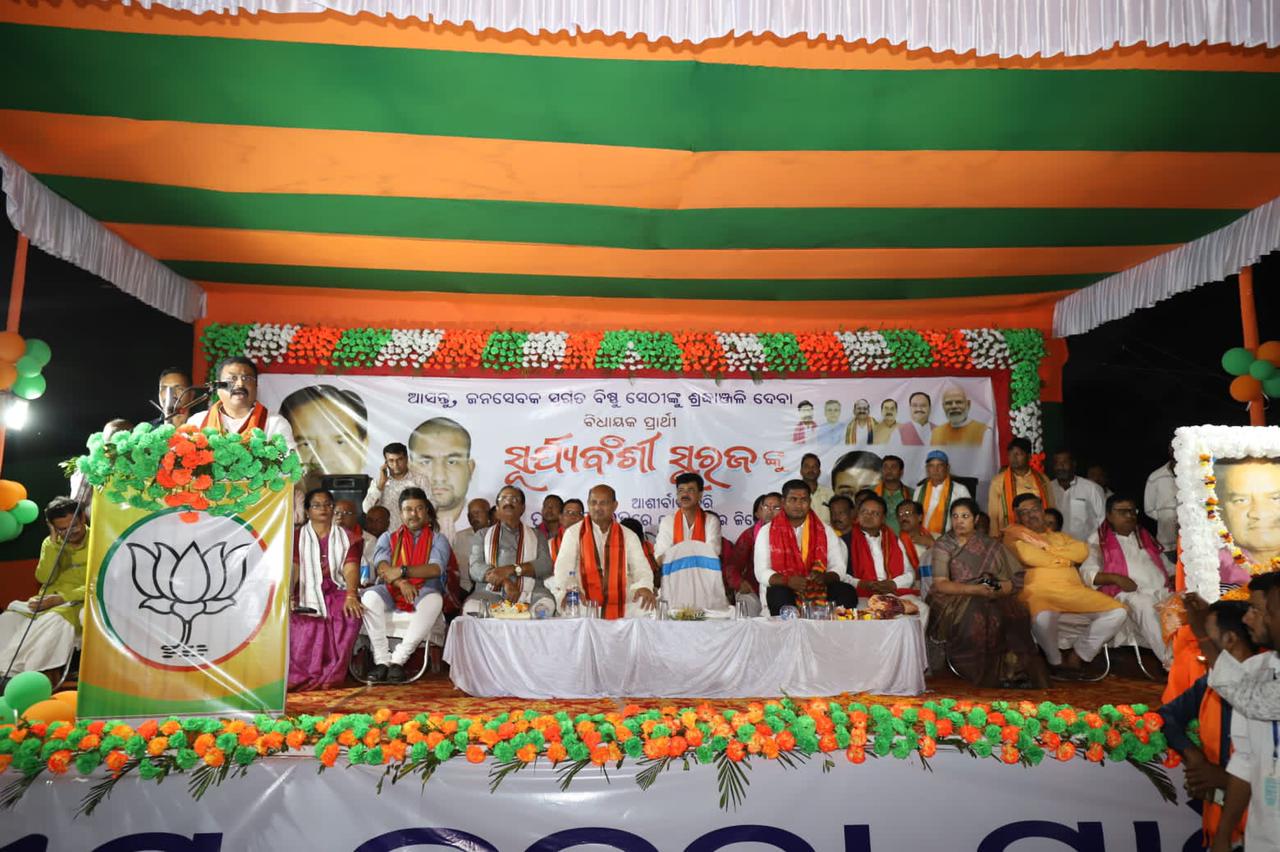 BHADRAK: Union minister Dharmendra Pradhan on Tuesday said that those linked to alleged blackmailer Archana Nag’s racket and mining irregularities cannot go scot-free as the central agencies have started probing into the cases from Delhi.

Pradhan said this while addressing a public meeting to seek votes for the BJP candidate for the Dhamnagar assembly segment to be held on November 3.

“I came to know from media reports that central agencies in Delhi have started probing into the woman blackmailer’s racket and mining irregularities,” he said.

The ED has taken copies of the FIRs registered in the Archana Nag case from the local police a few days ago.

Nag, a 26-year-old woman, was arrested on October 6 on the charge of blackmailing people including politicians allegedly by trapping them in a sex racket. Her husband Jagabandhu Chand was also arrested later.

Two FIRs were lodged against her at separate police stations in the city.

An internal estimation done by the police said that Nag and her husband have acquired properties worth Rs 30 crore in a span of four years from 2018.

The BJP has been alleging that a number of BJD MLAs including some ministers were linked to Archana Nag’s blackmailing racket.

The saffron party attempted to gherao Chief Minister Naveen Patnaik’s residence in Bhubaneswar on Monday demanding a statement from him on the issue Pradhan, considered the face of BJP in Odisha, for the first time made any public statement regarding the blackmailing racket.

In his speech, Pradhan targeted the chief minister who, during his virtual address to the people of Dhamnagar on Monday, had said that he would take responsibility for Dhamnagar’s development and ensure that work of five years will be done in 18 months.

“You have neglected the entire Bhadrak district, particularly the Dhamnghar block, which has been ravaged by an average of three to four floods every year. The BJD government in its 22 years has not been able to solve the problem,” he said asking how the government to resolved the matter in 18 months.

Pradhan said that the Centre has taken a number of programmes for the socio-cultural development of the Muslim community. However, that was not being implemented in Bhadrak by the state’s BJD government, he claimed.

The by-poll to the Dhamnagar Assembly seat will be held on November 3.