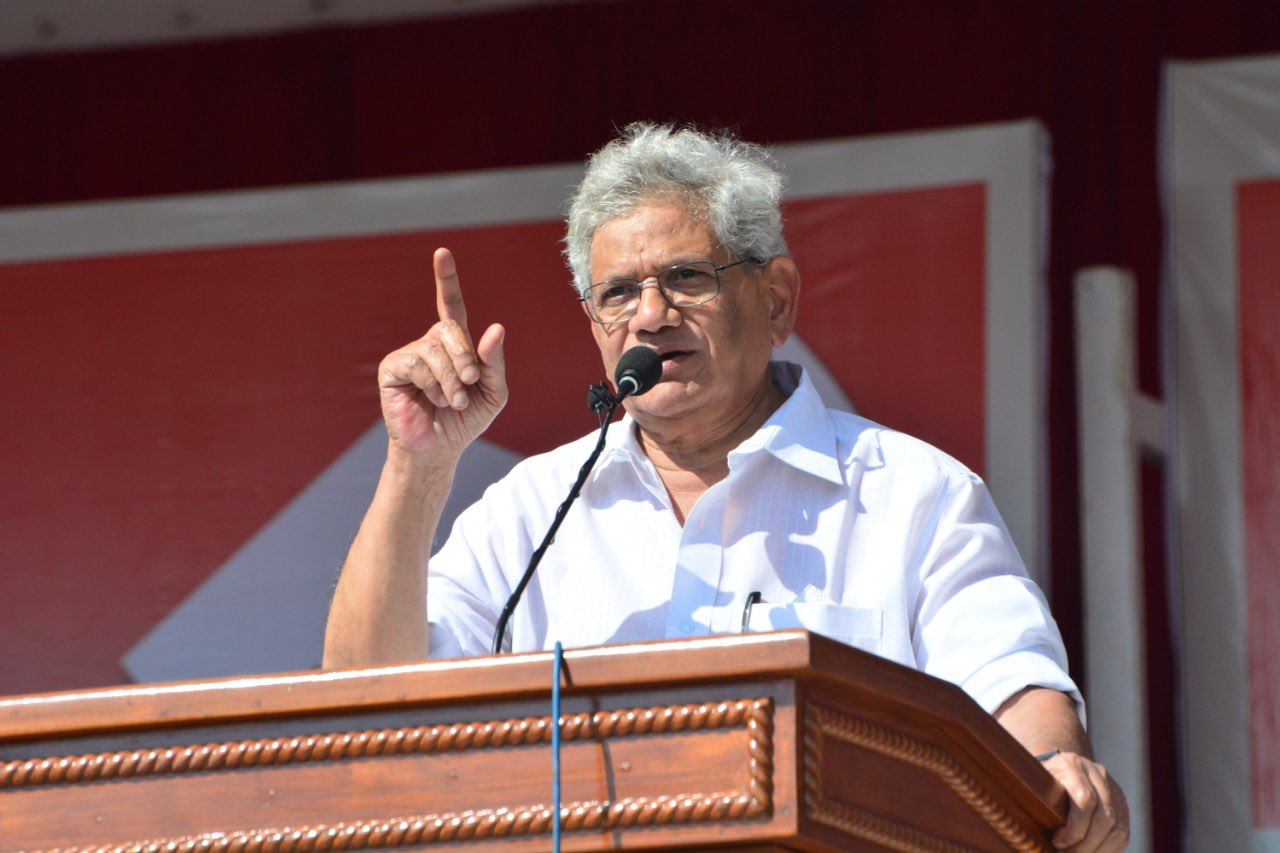 NEW DELHI: The CPI(M) accused Kerala Governor Arif Mohammad Khan on Tuesday of advancing the political objectives of the Bharatiya Janata Party (BJP) by attempting to destabilise the Left Democratic Front (LDF) government in the state.

”The CPI(M) Central Committee strongly denounced the steps being taken by the governor of Kerala to advance the political objectives of the BJP to destabilise the LDF government. The manner in which he demanded the resignation of the vice-chancellors of various universities in the southern state and later, the resignation of the state finance minister, has no sanction of the Indian Constitution.

”The governor, in his capacity as the chancellor of the universities in the state, has no authority given by the University Acts passed by the state legislature to initiate such actions,” he said.

He said the Left party will discuss the issue of governors with all the political parties in the states that are not ruled by the saffron party. Yechury further stated that not just in Kerala, but also in states like Tamil Nadu leaders of the ruling DMK-led secular front government have accused the governor of expressing views reflecting the BJP’s opinion creating unnecessary controversies and confusion. ”The expression of conservative and poisonous ideas while being the Governor is violative of the Constitution. The CPI(M) appeals to all non-BJP secular democratic parties, particularly those heading governments in the states, to rally together against such undemocratic anti-constitutional acts of governors and unitedly rise in defence of the Indian Constitution,” he said.

The veteran Left leader also expressed concerns over the ”growing efforts” to undermine federalism, a fundamental feature of the Constitution, and the rights of elected state governments.

”Law and order is a state subject. Modi’s call for ‘One Country One Uniform’ for police violates this.

”The efforts to destabilize elected state governments continue as seen in the BJP’s attempts to poach TRS MLAs in Telangana offering huge sums of money,” he said.

Addressing a ”Chintan Shivir” of state home ministers through video-conferencing last week, Prime Minister Narendra Modi mooted the idea of ”One Nation, One Uniform” for police, saying it is just a suggestion for consideration and he is not trying to impose it on the states.

Yechury also alleged that the government’s policies are plunging the economy into deeper crisis with growing recessionary trends.

”This deepening economic crisis is imposing greater miseries on people’s livelihoods. Unemployment rate has shot up even in the festive season to 7.8 per cent. Despite, this, the Modi government refused to release funds for the MGNREGS and refused works to nearly 1.5 crore applicants between April 1 and October 21,” he said.

Raising the issue of special status for Jammu and Kashmir, Yechury said that curbs continue to be imposed on people’s democratic rights and livelihood.

”CPI(M) along with Left parties will take the initiative to start a consultative process with other secular parties on the situation in J&K,” he said.