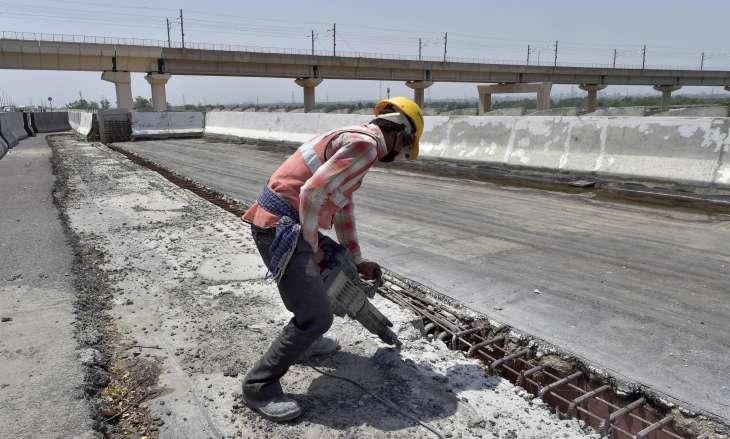 With pollution levels worsening, the Centre’s air quality panel had on Saturday directed authorities to impose a ban on construction and demolition activities in Delhi-NCR, except on essential projects, and other curbs under stage three of the Graded Response Action Plan.

GRAP is set of anti-air pollution measures followed in the capital and its vicinity according to the severity of the situation.

The Delhi government will deposit Rs 5,000 in the accounts of over 10 lakh construction workers of Delhi. A sum of approximately Rs 500 crores is to be spent on the scheme, said a Delhi government statement.

The assistance amount will be deposited by the government directly in the accounts of the registered construction workers soon, it said.

The Delhi government had spent Rs 350 crores to support 7 lakh construction workers last year too due to pollution-induced ban on construction activities.

Even during the coronavirus crisis, the Delhi Government had provided an aid of Rs 5,000 to all the construction workers, it said.

A complete ban on construction and demolition activities has been imposed owing to the rise in pollution in recent days.

Due to the sudden construction ban, there was a sense of anxiety among the workers who found them out of work for an uncertain period.

Delhi’s air quality improved marginally on Wednesday morning owing to relatively better meteorological conditions, with the Commission for Air Quality Management (CAQM) saying there is no immediate need to implement curbs such as a ban on the entry of trucks and a closure of educational institutions, under the fourth stage of GRAP.