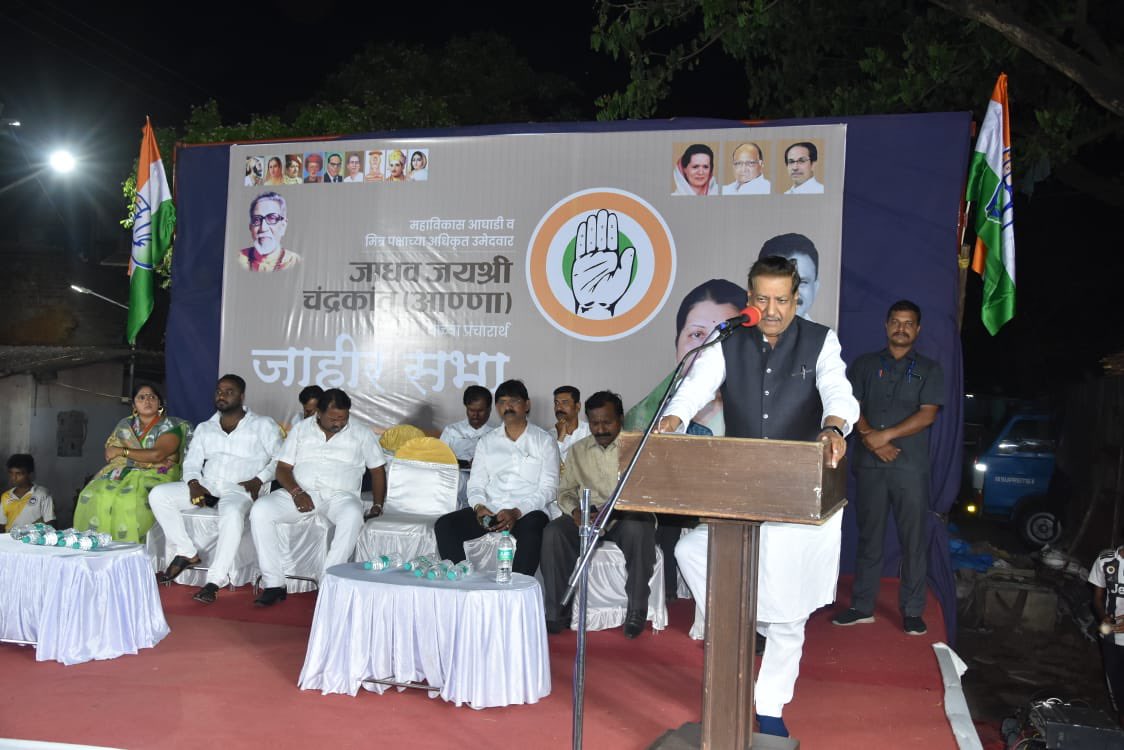 The alliance government of the Eknath Shinde-led Shiv Sena faction and the BJP in Maharashtra is under fire after Gujarat bagged some mega-investment projects, allegedly at Maharashtra’s expense.

Chavan said, ”The current Maharashtra government is not even able to form a full cabinet. That is not a good sign. The reasons (for instability) are change in the government, interference by Delhi and hijacking of the projects which should have come to Maharashtra.” During the infamous license-permit raj of the pre-1991 era, the Union government could tell investors where they should invest, he said.

”In 1991, when new economic policies were brought in, the license-permit raj was abolished and no such power was left with the Centre,” Chavan said.

”But now what is happening is that due to concessions given by the Centre, we are unwittingly moving towards a (new) license-permit raj,” he said, implying the Centre was inducing investors to choose a particular location by offering concessions.

Chavan also said the election of Mallikarjun Kharge as Congress president would strengthen the party.

Chavan was a member of the so-called G-23 group of Congress leaders who had pressed for the election.

”For several years and because of several reasons, the election of Congress president could not take place but we requested Sonia Gandhi to hold an election within the party and she accepted the demand,” he said.

”This (holding of election) was a very welcome move as barring the Congress, there is no such internal democracy in any party,” Chavan claimed.

Elections were unheard of in the Rashtriya Swayamsevak Sangh (RSS), the BJP’s parent organisation, the Congress leader said.

In this article:Congress, Maharashtra, Prithviraj Chavan