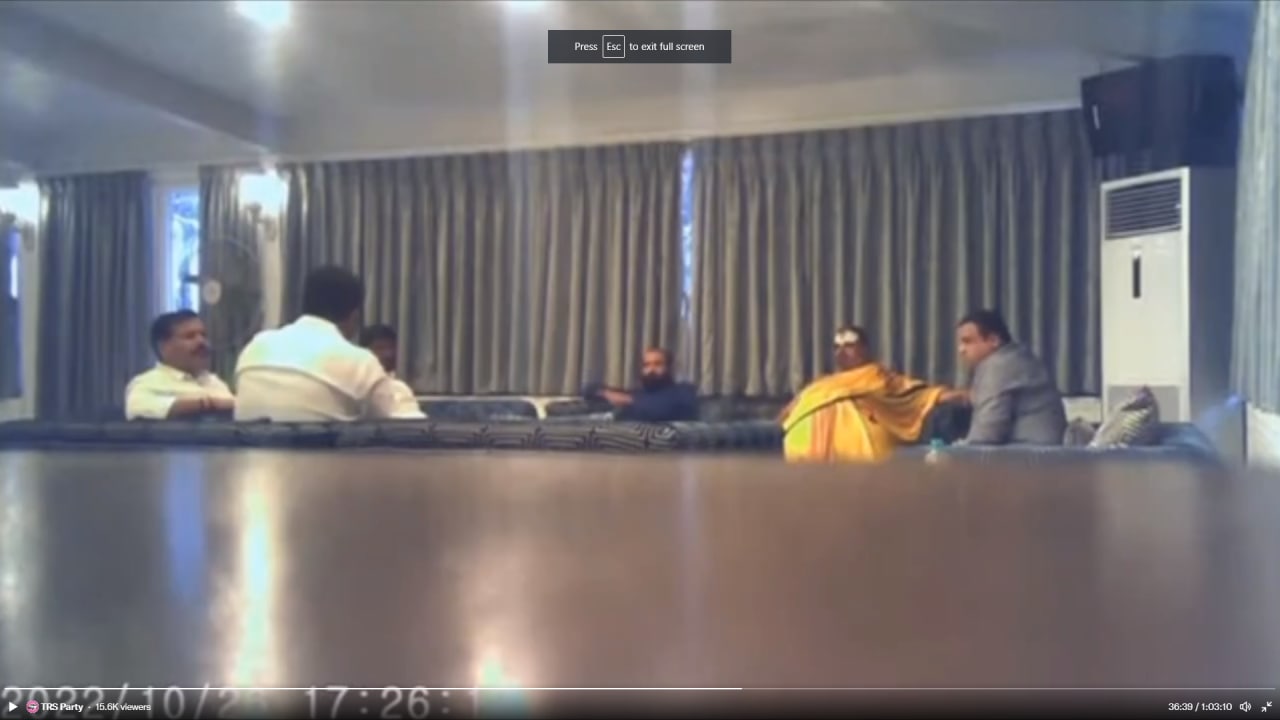 HYDERABAD: Telangana Chief Minister K Chandrasekhar Rao (KCR) on Thursday said the persons arrested in connection with the “TRS MLAs poaching case” were planning to topple four state governments including his own and Congress-ruled Rajasthan and appealed to the judiciary to safeguard democracy.

At a press conference here, Rao referred to the recent ‘TRS MLAs poaching case’ and played a video allegedly concerning the episode in which three persons were arrested.

“They openly say in the video we already dethroned eight (state) governments. And how they conducted the operation. Now we (the men) are in the process of dethroning four governments, i.e Telangana, Delhi, Andhra Pradesh and Rajasthan,” he said.

The three men arrested in the case took the names of top leaders, Rao said.

Condemning the claims of the three persons in strong words, he said the men spoke about dethroning non-BJP governments.

The Arvind Kejriwal-led AAP heads the Delhi government while YSRCP is in the ruling saddle in neighbouring Andhra Pradesh.

Rao said such video evidence has already been submitted to the High Court in connection with the MLAs poaching case. He further said he will send all the evidence he got in the “TRS MLAs poaching case” to the Chief Justice of India, CJs of all High Courts, media houses, CBI and ED for their knowledge.

He also requested the CJI and judges to “protect the country and safeguard democracy.”

Rao said Home Minister Amit Shah himself speaking at a public meeting in Munugode in October had said within one month the TRS Government will go away.

The Cyberabad Police on October 26 filed an FIR against three persons who allegedly tried to coax four TRS legislators into defecting, even as BJP leadership in Telangana vehemently denied having any knowledge of the alleged poaching of TRS MLAs by their party.

Based on a complaint by Pilot Rohith Reddy, one of the legislators, cases under relevant sections criminal conspiracy, offering bribe and Prevention of Corruption Act-1988 were filed against the trio- Ramachandra Bharati@ Satish Sharma, Nanda Kumar and Simhayaji Swamy.