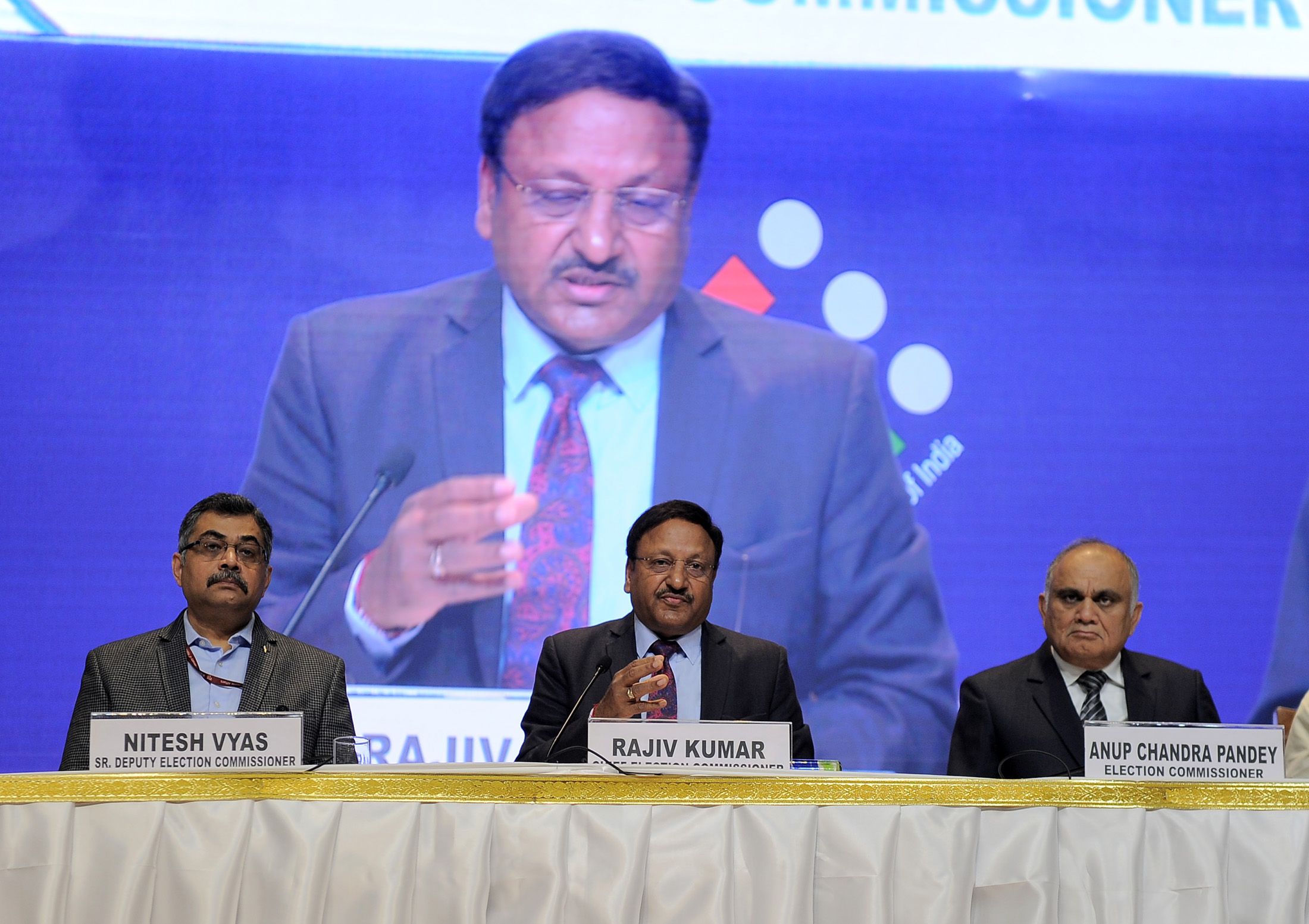 The Chief Election Commissioner, Shri Rajiv Kumar interacting with media at the Press Conference, organised by the Election Commission of India for the General Election to Legislative Assembly of Gujarat, from New Delhi on November 03, 2022.

NEW DELHI: The Morbi suspension bridge collapse was one of the reasons for the delay in announcement of the Gujarat assembly elections, the Election Commission said on Thursday.

Chief Election Commissioner (CEC) Rajiv Kumar told a press conference that the commission would also examine whether the release of the inquiry report into the Morbi tragedy, which left 135 people dead, would disturb the level playing field in the two-phase elections scheduled for Gujarat on December 1 and December 5.

The Morbi assembly seat, currently represented by Brijesh Merja of the BJP, goes to polls in the first phase on December 1.

“The Model Code of Conduct guidelines have been prescribed specifically. If any decision disturbs the level playing field, then the commission will look into it,” Kumar said responding to questions on whether the release of the inquiry report into the bridge collapse would violate the model code.

He indicated that the elections could have been announced a couple of days earlier, but for the Morbi bridge collapse tragedy in Gujarat which plunged the state into mourning.

“We also had to take note of the tragedy that had befallen the state. That was also one factor for the delay. There was state mourning in the state till yesterday (Wednesday). So, it is (because of) multiple factors,” Kumar said responding to questions on the delay in announcement of the Gujarat polls.

The commission had announced the Himachal Pradesh elections on October 14. Counting of votes in both the states will be held on December 8.

While opposition parties, including the Congress, criticised the poll panel for allegedly delaying the Gujarat poll announcement, the CEC brushed aside claims of bias.

He contended that the commission had to factor in many aspects, including weather, the last date of the term of the assembly and the number of days the model code of conduct should be in force.

The term of the Gujarat assembly ends on February 18 next year and the elections have been announced 110 days in advance, Kumar said.

“It is a combination of multiple factors and we are well within the factors of consideration, including polls in nearby states,” he said.

On the larger question of impartiality of the Election Commission, Kumar said a large number of assembly elections have thrown up surprising results.

“Actually, actions and outcomes speak larger than words. In a large number of assembly elections, results have shown, at times, those who were critical of the commission have got surprising results. I do not want to go into the details,” he said, in an apparent reference to the BJP’s rivals winning state polls while questioning the integrity of electronic voting machines (EVMs).

“Before elections, we get long letters about EVMs, but the same EVMs have elected the complaining party. Then that question ends there and the result is accepted,” Kumar said.

He said the “impartiality” of the Election Commission is the singular focus of the commission. “It is not new to us. It is a matter of legacy. It is a proud legacy of the country,” Kumar said.