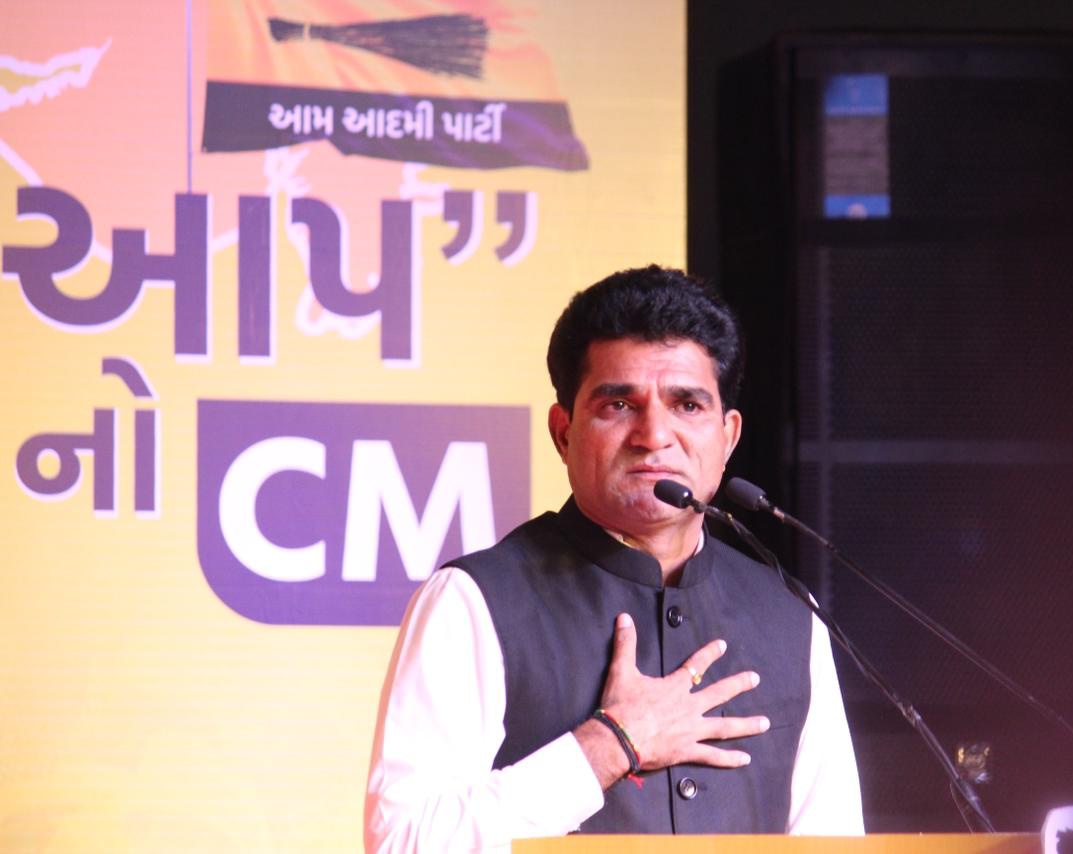 The announcement was made by Delhi CM Arvind Kejriwal who said the 40-year-old Gadhvi got as many as 73 per cent votes in a poll conducted by the party.

Gadhvi was pitted against state party unit chief Gopal Italia, who played a key role in the Patidar community agitation.

He hails from a farmers’ family in Dwarka district’s Pipaliya village and belongs to the other backward castes, which account for 48 per cent of the state’s population.

Kejriwal said the party conducted the poll by asking people to call a phone number and listen to a recorded message which asked them to choose their chief ministerial face.