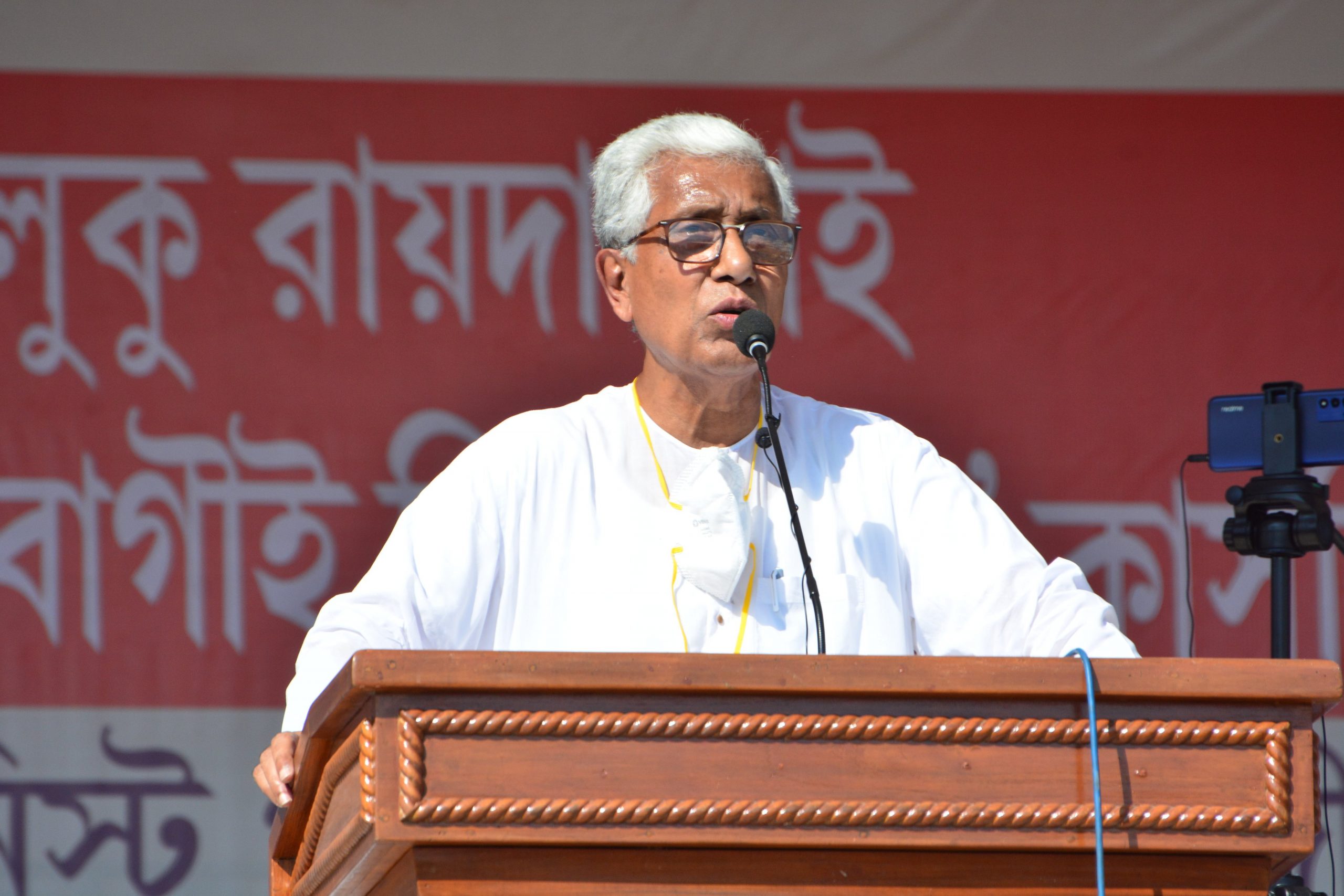 AGARTALA: Calling all “secular and democratic forces” to unite against the “assault on people’s liberty” by the BJP, Manik Sarkar, the leader of opposition in Tripura, said that the saffron camp’s “bid to loot votes” during the upcoming assembly polls would be resisted by all means.

Addressing a press conference here on Thursday night, Sarkar said that the Left parties are expecting a positive response from all “secular” outfits.

“The CPI (M) seeks to corner the BJP and the RSS, intensify political struggle and defeat the divisive forces. All secular and democratic forces are welcome to join the battle,” he insisted.

Sarkar also said that his party, during a high-level meeting, has decided that the local leadership will be allowed to take a call on formation of electoral alliances in respective states.

Coming down heavily on the ruling BJP, he said that the saffron camp, “scared of defeat” in 2023 elections, is trying to scuttle political programmes organized by opposition parties in the state.

“The BJP will be living in a fool’s paradise if it thinks that it can loot votes anymore. This time, people who are an integral part of the democratic process, will resist such bids by all means,” he said.

Sarkar also rubbished Chief Minister Manik Saha’s claims that the “law and order situation in the northeastern state is better than what it used to be” under the Left regime.

“There are reports that police personnel share tea and biscuits with criminals at police stations. They ask women victims to discuss and sort out the problem with the perpetrators of crime,” he claimed.