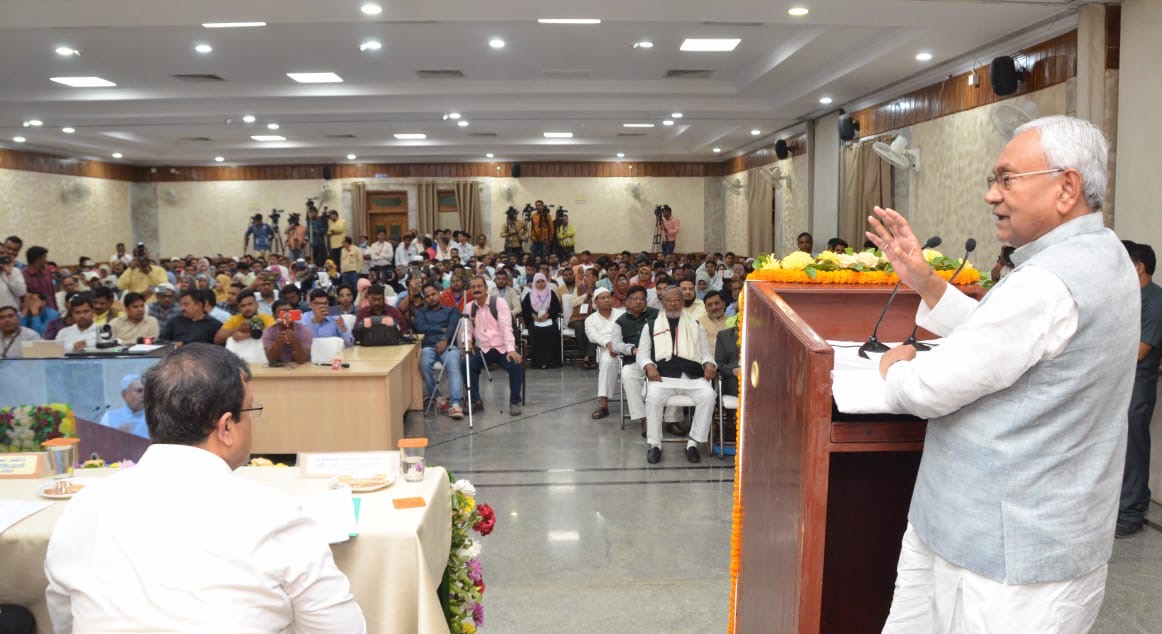 PATNA: In a veiled jibe at the Narendra Modi government at the Centre, Bihar Chief Minister Nitish Kumar claimed that “prachar prasar” (propaganda) was going on with little on offer for the poorer states.

Kumar, who snapped ties with the BJP two months ago, also lamented that the long-standing demand for special status to Bihar, which “all poor states should get”, was not accepted.

The longest-serving chief minister of Bihar, who has been pitching for a united opposition to take on the BJP in the 2024 Lok Sabha polls, was addressing a function at the CM’s secretariat where he gave away letters of appointment to nearly 200 Urdu translators and stenographers.

Kumar spoke at length about his government’s efforts to uplift the weaker sections of the society, especially the minorities and Dalits.

“But we remained hamstrung as our demand for special status, which should be granted to all states, was not met,” remarked the JD(U) leader, who has long been seeking the tag.

He spoke in presence of his deputy Tejashwi Yadav and education minister Vijay Kumar Chaudhary, among others, both of whom lavished praise on him for his commitment to communal harmony.

The state unit of the BJP, which has been sore since its lost power in the state, questioned the appointment of Urdu personnel as part of the ‘Mahagathbandhan’ government’s promise of providing jobs on a large scale.

“CM Nitish Kumar’s intention is to restore Urdu teachers in every school. Why is there a need to employ Urdu-knowing people in the Bihar assembly? Now Urdu translators will be appointed in every police station,” state BJP spokesman Nikhil Anand reacted with outrage.

Alleging that “in the Muslim-dominated districts of Bihar, lives of Dalits, OBCs and EBCs get ruined”, he added, “Brother, don’t create a Pakistan in Bihar, go to Pakistan yourself.