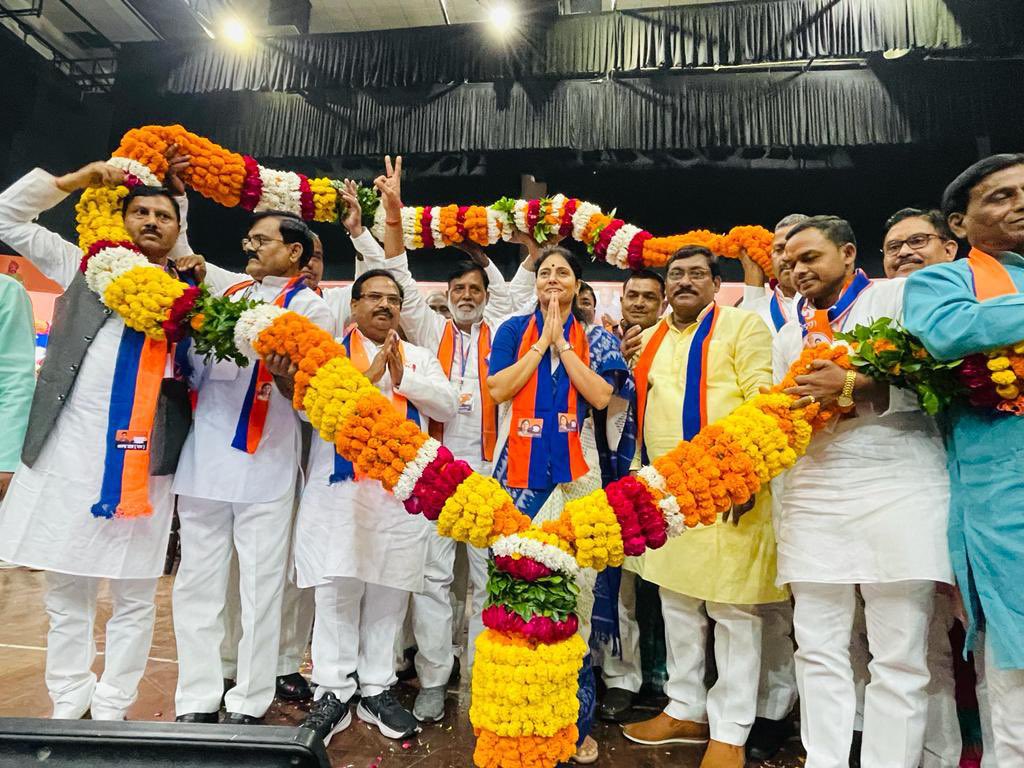 LUCKNOW: Unanimously reelected as president of the Apna Dal (Sonelal), Union minister Anupriya Patel has said she will never retreat from the path of fighting for social justice irrespective of the challenges, including those from ”own people”.

The Apna Dal (S) is a constituent member of the National Democratic Alliance (NDA) and is part of the BJP governments at the Centre as well as in Uttar Pradesh.

Patel was chosen as party president at its one-day national convention here on Friday, the first after Apna Dal (S) was recognised by the Election Commission as a state-level party.

Senior party leader Jawahar Lal Patel, the chief election officer for the party presidential election, said Anupriya Patel was the lone candidate for the post and the house unanimously chose her as president once again.

Patel is the Union minister of state for commerce and industry.

She had first taken over the party presidency from her husband Ashsish Singh Patel in 2019 and this is her second consecutive term.

The Apna Dal (K) is headed by Sonelal’s wife and Anupriya Patel’s mother Krishna Patel. It is part of the Samajwadi Party-led opposition coalition in Uttar Pradesh. Anupriya’s elder sister Pallavi Patel is an MLA on Samajwadi Party ticket.

The Apna Dal (S) has two Lok Sabha MPs, including Anupriya Patel, and 12 MLAs in the current 403-member Uttar Pradesh assembly and one MLC.

It is currently the third-largest party in the UP House after the BJP and the SP.

The Election Commission of India (ECI) had in August recognised Apna Dal (S) as a state-level political party, upgrading it from a registered (unrecognised) political outfit.

Addressing the party meet, Patel invoked her father and said she was the ”daughter of a lion” and would never retreat from the path of fighting for social justice championed by her father.

Appealing to party workers to start preparation for the 2024 Lok Sabha elections, she exhorted them not to get frightened by challenges posed by party critics, including some of their own people.

”Seeing faster growth of the party, those opposed to ideology of social justice are…levelling all sorts of baseless allegations to defame the party,” she said.

Recently, former youth wing chief of the Apna Dal(S), Hemant Chaudhary, had accused the party president and her husband, Ashish Singh Patel, of taking bribe from ticket seekers before the 2022 Assembly elections.

Chaudhary was Apna Dal’s district unit president of Siddharthnagar since 2015. In 2017, he was appointed state president of the party’s youth wing.

He was removed from the party recently.

Without naming anybody, she apparently took a swipe at the faction led by her mother and elder sister, saying she feels pain at the opposition posed by ”our own people”.

She said every time efforts were being made to weaken the party, it emerged stronger due to commitment and hard work of the party workers.