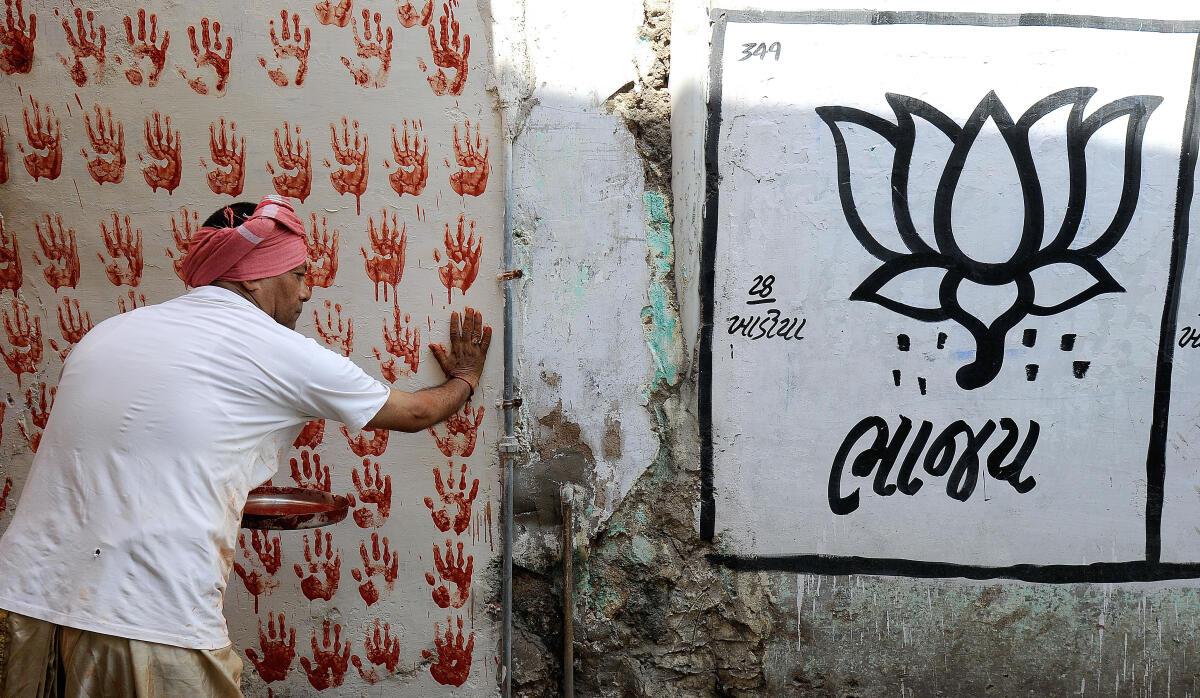 AHMEDABAD: The tribal belt in eastern Gujarat having 27 of the Assembly seats reserved for the Scheduled Tribe (SC) community is the only region in the state where the Bharatiya Janata Party (BJP) has not tasted much electoral success so far as the Congress continues to remain a dominant force there despite losing ground elsewhere.

But now the BJP, which has been ruling the state for more than two decades after winning six Assembly elections in a row since 1995, feels that in the next month’s state elections, it can win at least 20 out of these 27 seats as the tribal population wants development and also given Prime Minister Narendra Modi’s popularity.

The ruling party says the Congress’s poll campaign has been lacklustre this time and that the entry of the Aam Aadmi Party (AAP) would divide the grand old party’s votes.

The Congress, however, is of the view that the tribal population would continue to vote for it this time as well since they remember the ”good work” done by the erstwhile party-led governments for the community’s uplift.

Political observers claim the Congress will remain a dominant force in the tribal region although it is in a weak position elsewhere in the state.

Elections to the 182-member Gujarat Assembly will be held in two phases next month – on December 1 and 5. The counting of votes will take place on December 8.

Winning the tribal belt – from Ambaji in north to Umergaon in south – is crucial for the political parties to dominate the eastern Gujarat region. The BJP has been trying hard to break the dominance of the Congress in the tribal belt since 2002. New entrant AAP is also eyeing to make a mark in this region.

In the 2017 elections, out of these 27 ST-reserved seats, the Congress had won 15, BJP eight, while two seats were bagged by the Bharatiya Tribal Party (BTP) of Chhotu Vasava and an independent candidate won one seat.

In 2012, the Congress had won 16 seats, BJP 10 and Janata Dal (United) one seat. In 2007, before the delimitation when 26 seats were reserved for Scheduled Castes, the Congress had emerged victorious on 14 seats, BJP 11 and JD(U) one seat. Chhotu Vasava was in the JD(U) till 2012 and won in 2007 and 2012 on JU(U) ticket and he later formed BTP. Political experts believe that Congress is sure to maintain the upper hand in the tribal region in spite of a massive outreach by PM Modi and the entry of AAP.

The BJP under the leadership of PM Modi has been trying hard for the last 20 years to breach this Congress dominance in tribal areas of Gujarat, but they have not succeeded, he said.

”This time also, the outreach by PM Modi and his party has been massive in tribal areas,” Desai said, claiming that the ‘Modi magic’ was on the decline.

”The entry of AAP will divide the opposition votes in tribal seats. But overall, I think the dominance of the Congress party will continue in the region,” he said.

The BJP had recently organised one leg of its ‘Gujarat Gaurav Yatra’ in the tribal belt of the state.

Talking to PTI, Minister for Tribal Development in the Gujarat government Naresh Patel said, ”This time, we are going to win at least 20 seats from 27. Tribal people are more aware now and they want development. PM Modi’s work has gained him popularity among the tribals.” He said the Congress’s campaign has been lacklustre this time, which was not the case in the past elections.

For the Congress, it is very important to retain its hold over the tribal pockets in the state. The party had organised a massive rally of Rahul Gandhi in May this year. The party has also given the post of leader of opposition to its tribal MLA from Jetpur Sukhram Ratwa.

”Tribal population votes for the Congress as they remember the good work done by us for their uplift. We just don’t make big promises like the BJP. They ruled for 27 years, but failed to develop the tribal areas,” Congress spokesperson Manish Doshi said. The Congress had earlier made tribal leader Amarsinh Chaudhary the chief minister of the state, he added.

”We gave the tribals the right to forest land, the right to use forest products. We cared for their development,” Doshi said.

Congress is also in talks with the Bharatiya Tribal Party of Chottu Vasava for a pre-poll alliance and is hoping to reap benefits from it. Vasava’s party has won two seats in the last 2017 elections.

Arvind Kejriwal has addressed three to four rallies in the tribal belt of the state and appealed to tribal people to vote for the AAP.