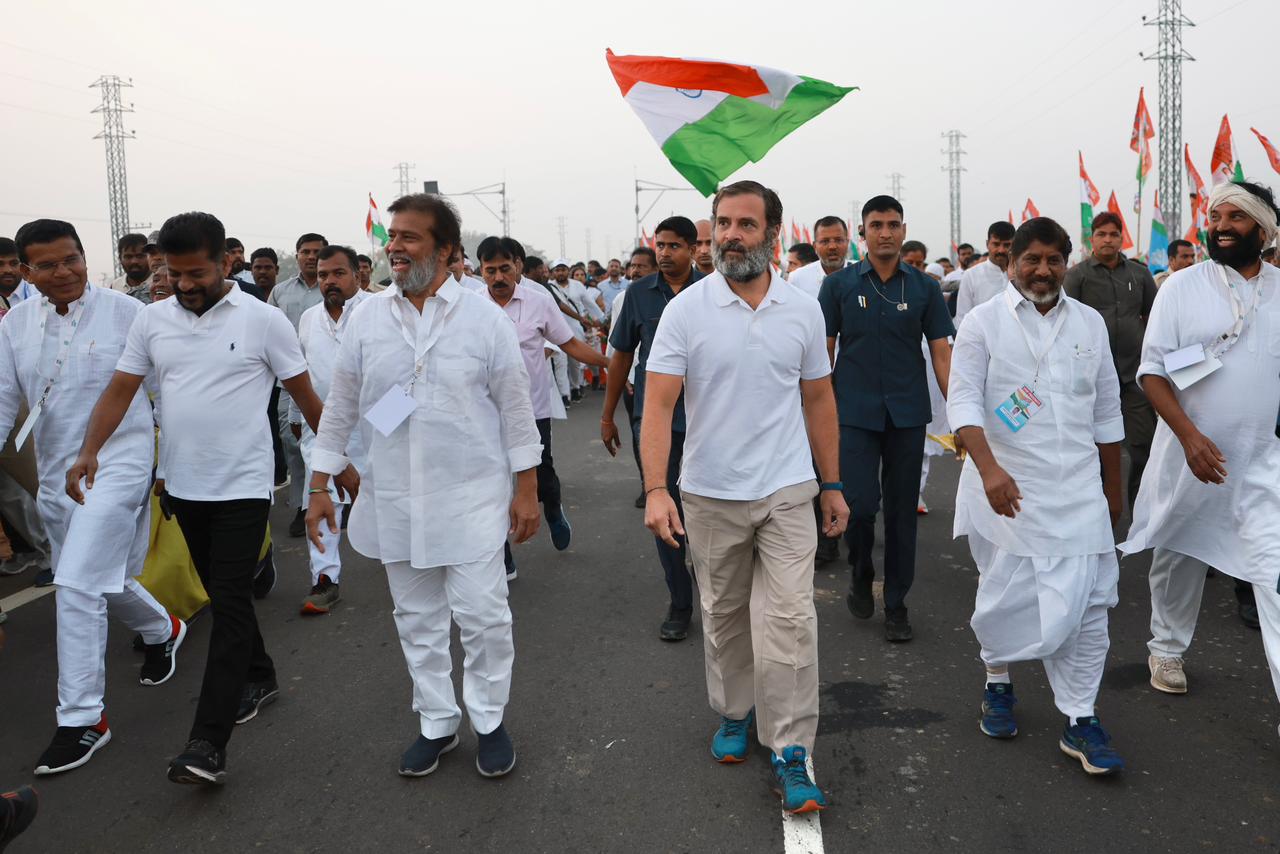 NEW DELHI: Congress leader Rahul Gandhi will address two rallies in Maharashtra – on November 10 and 18 – as part of his ‘Bharat Jodo Yatra’ that will arrive in the state on Monday, a senior party leader said.

The yatra that began on September 7 from Kanyakumari, is scheduled to reach Madnur Naka at Deglur in Maharashtra’s Nanded district from neighbouring Telangana at 7 pm on November 7.

”Rahul Gandhi will address two rallies during the yatra in Maharashtra. He will address the first rally on November 10 in Nanded district, while the second one will be held on November 18 at Shegaon in Buldhana district,” senior Congress leader Balasaheb Thorat, who is the state coordinator for the yatra, said.

Thorat, who recently visited Nanded district to oversee the preparations for the yatra, said elaborate arrangements have been made in the state for it.

Another Congress leader said, ”More than 100 prominent personalities from different walks of life will participate in the yatra.” Nationalist Congress Party (NCP) president Sharad Pawar is likely to take part in the foot-march on November 9. The state Congress leadership plans to highlight the participation of the NCP and the Uddhav Thackeray-led Shiv Sena in the yatra as show of solidarity of the Maha Vikas Aghadi (MVA) against the Bharatiya Janata Party (BJP).