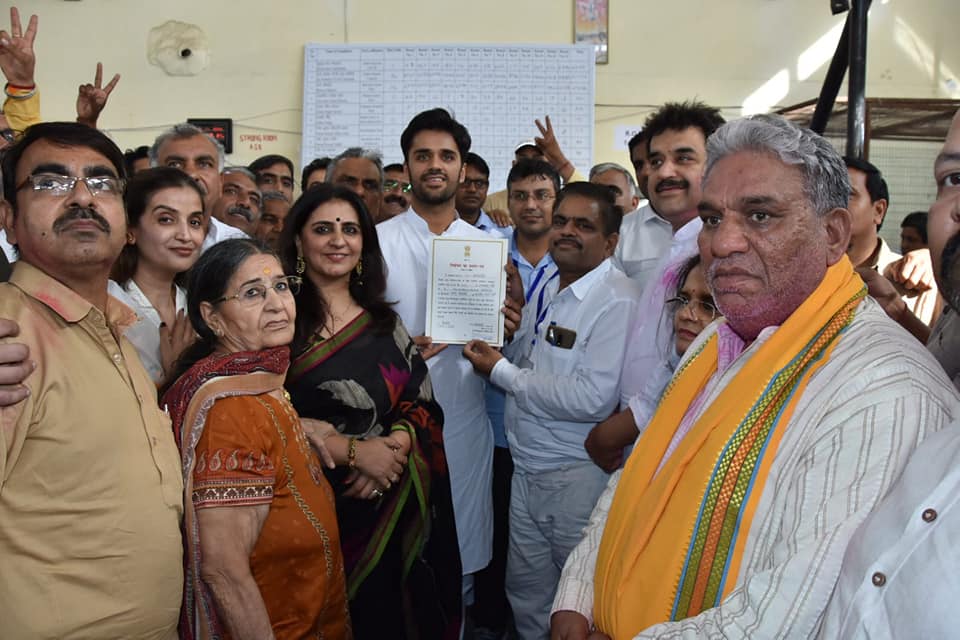 The resignation of Bhavya’s father Kuldeep Bishnoi necessitated the by-election after he left the Congress and joined the BJP. In a direct electoral contest between the Congress and the BJP, Bhavya defeated Prakash by a margin of 15,740 votes.

The BJP candidate polled 67,492 votes while the Congress candidate secured 51,752 votes, according to the Election Commission’s Voter Helpline app.

INLD candidate Kurda Ram Nambardar got 5,248 votes, while AAP’s Satender Singh secured 3,420 votes. Both lost their deposits as they failed to get one-sixth of the votes polled.

“This is the victory of Prime Minister Shri @narendramodi ji’s policies, public trust and hard work of all workers,” said Khattar in his tweet.

The bypolls in the assembly segment in Hisar on November 3 saw a turnout of 76.45 percent.

The Adampur seat has been held by Bhajan Lal’s family since 1968, with the late leader representing it on nine occasions, his wife Jasma Devi once and Kuldeep on four occasions.

Kuldeep Bishnoi had defeated the late Sonali Phogat, who had contested on a BJP ticket from Adampur in the 2019 state assembly elections.

Former Union minister Jai Prakash, a three-time MP from Hisar and two-time MLA was fielded by the Congress.

The INLD had nominated Congress rebel Kurda Ram Nambardar while the AAP had nominated Satender Singh, who switched over from the BJP.

Twenty-two candidates, all men, were in the fray.

The BJP and JJP leaders had targeted the Congress dubbing it a sinking ship and also took potshots at the grand old party over “factionalism” in the state unit.