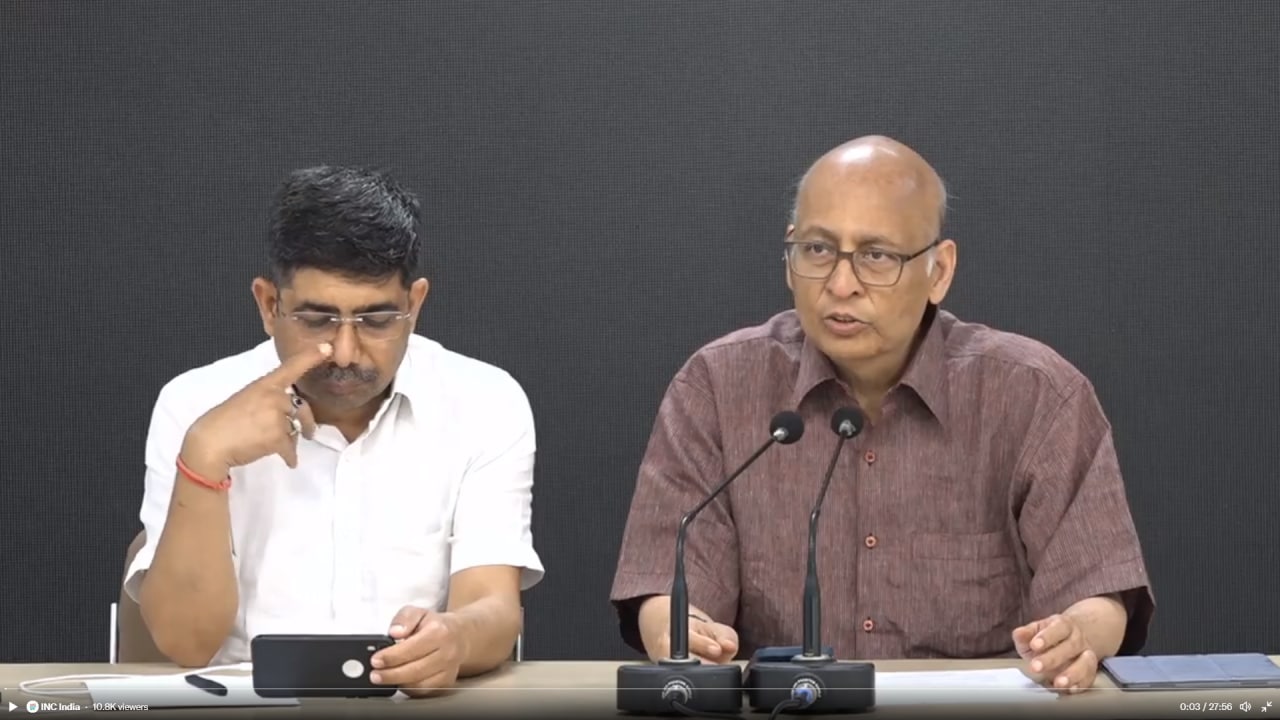 NEW DELHI: The Congress Sunday accused Prime Minister Narendra Modi of “pressuring” a rebel BJP leader against contesting the Himachal Pradesh assembly polls and alleged he is “misusing his power” to influence free and fair elections.

Congress spokesperson Abhishek Manu Singhvi cited a viral video on social media platforms, claiming that in it Modi’s voice is heard in a call with BJP rebel Kripal Parmar.

Singhvi alleged the prime minister was “pressuring” and “emotionally blackmailing” the leader over the phone not to contest as an Independent from Kangra district’s Fatehpur seat.

At a press conference at the All India Congress Committee (AICC) headquarters, he claimed such developments reflect that the prime minister has got a “problematic priority list which is inverted and distorted”.

“Not governance, but electioneering is the favourite job of the BJP government and its chief executive,” Singhvi said.

“The prime minister is misusing his power to influence free and fair elections. This would be clear electoral malpractice if not a corrupt electoral practice,” he said referring to the video.

Whatever remedies are available to the Congress by way of complaining to the Election Commission and elsewhere shall be exercised by the party, Singhvi said.

“The BJP is losing ground in Himachal Pradesh and is going to be defeated. Such actions and words reflect its fear, frustration and insecurity,” he said.

“We leave it to the nation to judge whether the exalted office of the Hon’ble PM should be stooping to such levels for an MLA election,” he added.

Attacking Modi, Singhvi said if the “country’s chief executive” and the BJP’s de facto chief executive can go to such lengths to win a particular seat, it is the best validation of the BJP’s already proven track record, as to the extent to which the ruling party can go and does go to topple elected governments.

“They already have a PhD earned painstakingly in the past in Karnataka, Maharashtra, Goa, Manipur and many many more milestones of a similar kind,” he alleged.

Instead of controlling the “devastating” economy and ensuring good governance, Prime Minister Modi on Saturday visited Radha Soami Satsang at Beas in Amritsar and met its chief Baba Gurinder Singh Dhillon, as the Dera has got a significant influence in Himachal Pradesh, the Congress leader said.

“Desperation and fear are writ large in such actions. Religion is remembered by BJP only when votes become scanty,” he alleged.

Slamming the BJP-led government over the state of the economy, Singhvi said one of the issues which should be priority number one for the prime minister, the ruling party and the government is rising inflation.

“Second, the consumer food price index (CFPI) has gone up to 8.6 per cent year-on-year this month. This implies that food prices are driving the price rise, hitting the common man in the solar plexus,” the Rajya Sabha MP said.

This September, inflation figures for cereals and products were the highest since September 2013, he said, adding this was coupled with a decline in manufacturing, which contracted by 0.7 per cent.

“The country is running on autopilot, as the chief pilot is taking rides to Deras and election campaigns,” he said, taking a swipe at Modi.

The nation is like Rome, which is burning and the prime minister is like Nero who is playing the music of election jingles,” Singhvi said.