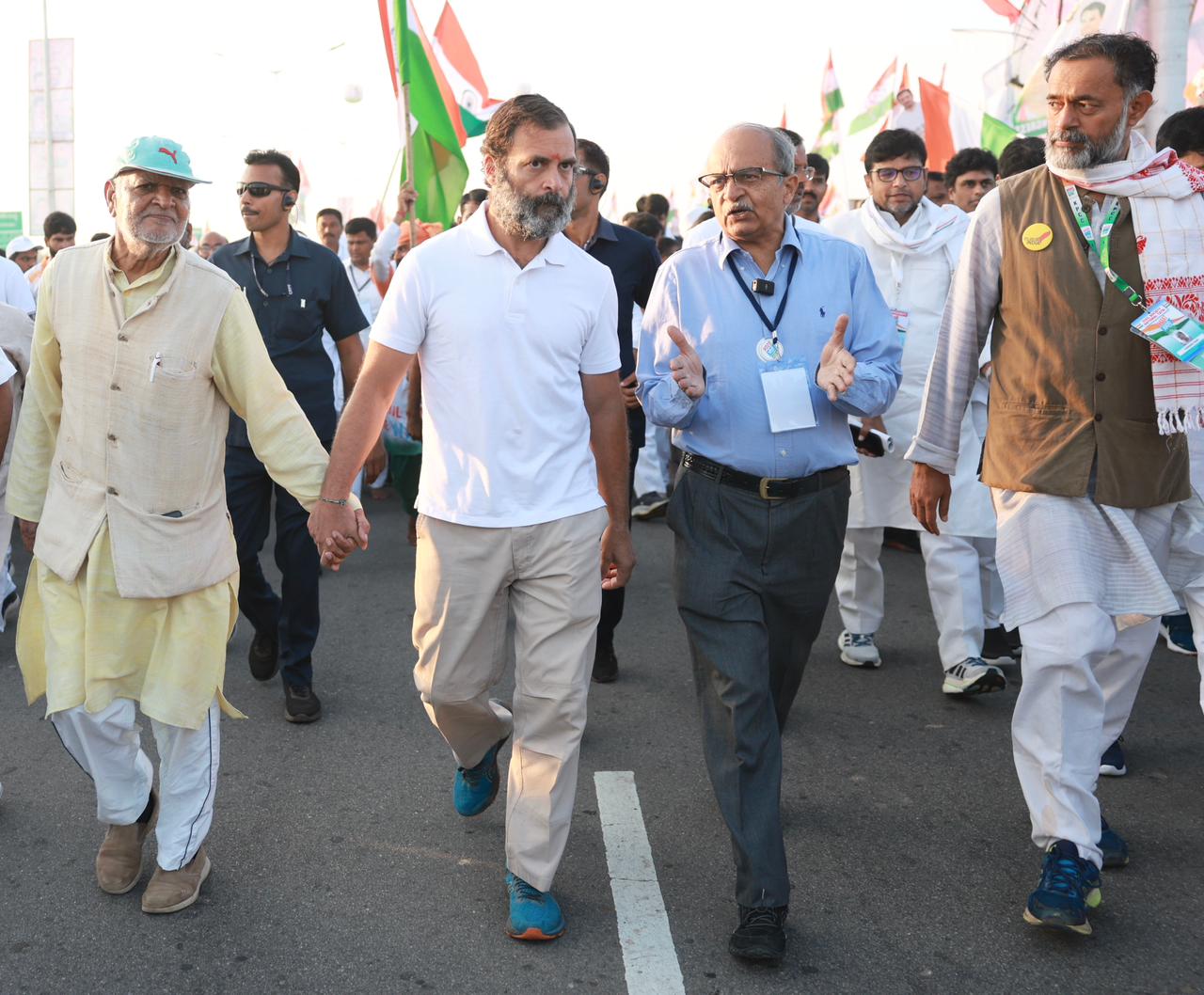 Participated in the Bharat Jodo Yatra today because I feel that it has the potential of positively changing the atmosphere of Hate which is being created by the BJP & its associates. Hopefully it will also draw attention to the real problems of Unemployment, prices, cronyism etc pic.twitter.com/8v7hSnr3hU

“It is the 60th Day of #BharatJodoYatra and it began like every morning with Pyari Jan of the Seva Dal from Mysuru leading the singing of the National Song, Dhwaj Geet, & National Anthem. Today we move from Medak to Kamareddy district,” Congress General Secretary, incharge, Communications, Jairam Ramesh tweeted.

Addressing a gathering at Peddapur village in Medak district on Saturday, Gandhi alleged that unemployment and price rise were rampant since 2014 in the country.

The foot march entered the state on October 23 and the Telangana leg would conclude on Monday, sources added.

The Wayanad MP will address a public meeting on Monday in Kamareddy district.

The Bharat Jodo Yatra began on September 7 from Kanyakumari in Tamil Nadu.