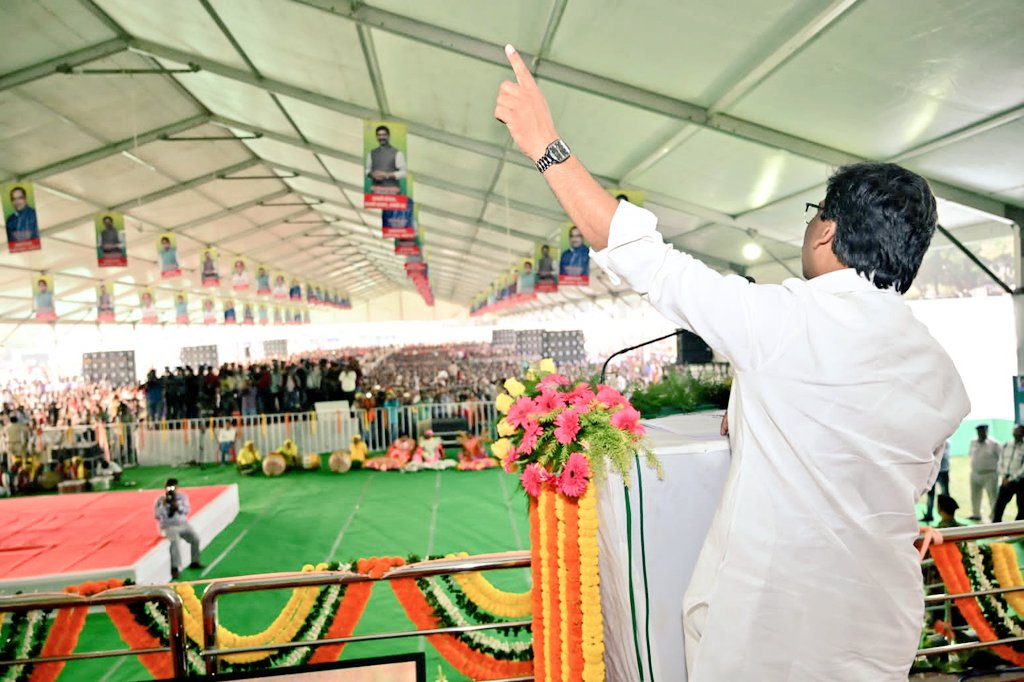 JAMSHEDPUR: Jharkhand Chief Minister Hemant Soren hit out at the opposition BJP, accusing it of “forming a PIL gang” to disturb the UPA government in the state.

Soren also claimed that the saffron party had been “looting” the state since it was formed.

The chief minister, who was addressing a public meeting here on Monday after the Supreme Court allowed his appeal in a mining lease case, alleged that the BJP, “hell bent” on destabilising the democratically elected government in the state, was misusing central agencies like the ED and Income Tax department to serve its interests.

The BJP, he alleged, had “ruled and looted the state for 20 years and did nothing for the rural masses, the poor, the farmers, youths and the old”.

The saffron party, in a retort, said the Soren government, instead of fulfilling the promises it made to people, was “busy grabbing the limelight”.

The apex court on Monday allowed Soren and the state government’s appeals against a high court order which had accepted the maintainability of PILs for a probe in the mining lease issue.

“A peculiar situation had been prevailing in the state ever since the UPA government came to power in Jharkhand with the clear intention to deliver and ensure development of the state. Some forces became so active that they have formed a PIL gang to file litigations against our government with false allegations,” he said.

“They (BJP) had also claimed that former Jharkhand chief minister Madhu Koda was involved in a Rs40,000-crore scam. How much could they recover?” Soren asked, accusing the saffron party of “ruining” his (Koda’s) future.

Koda was the chief minister of the UPA government of Jharkhand from 2006 to 2008 and had resigned after the JMM withdrew support. It was alleged that he was involved in a mining scam in the state and took huge bribes for illegally allotting iron ore and coal mining contracts.

He was arrested by the state police vigilance wing on November 30, 2009 in connection with the scam and was released on bail from Birsa Munda prison here on July 31, 2013. A special money-laundering court in Delhi attached Koda’s properties worth Rs 144 crore and CBI is investigating the scam on the orders of Jharkhand HC.

Referring to the saffron party’s protests against corruption outside block offices in the state on Monday, Soren said, “I want to ask why and for what are you protesting. The allegations of corruption you have lodged against me and my government have been dismissed by the apex court today,” Soren said amid loud cheers from the crowd which had gathered to hear him.

He claimed that the BJP’s protests were being held by people it had hired.

Continuing his attack on the saffron party, Soren said, “You (BJP) are scared of the overwhelming response my government is getting for our popular welfare schemes… We are aware that you (BJP) have a degree in inciting people, in driving a wedge between people and other tricks to spread hatred.

“They (opposition) first try to bargain and if it fails to materialise, file a PIL,” Soren said, adding that such an approach is hindering development work.

The BJP was able to rule the state for 20 years and loot it, as tribals were uneducated and did not understand politics.

“The BJP always took the tribals to be fools, capable of only selling hadia (country liquor). The UPA government is committed to carry out development work and put the mineral rich state on the path of progress,” he said.

Soren said the opposition party’s claim of development in the state during its rule was “only on paper” as people remained neglected.

The schemes of the UPA government are aimed at strengthening the rural economy, he added.

Meanwhile, the president of Jamshedpur Mahanagar Committee of the BJP, Gunjan Yadav, said in a statement that the Soren government has failed to deliver on its promise of providing employment to five lakh youths in the state.

“Besides, the chief minister had assured unemployed youth of allowances. All of those promises have remained unfulfilled as the government is only engaged in grabbing publicity,” Yadav said.