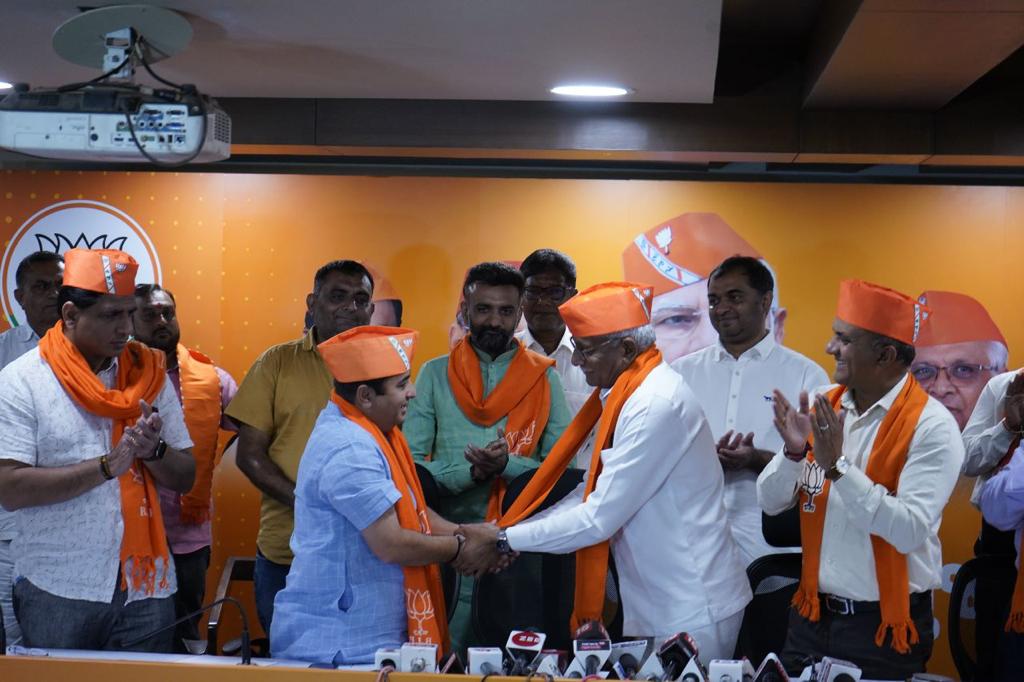 AHMEDABAD: In another jolt to the opposition Congress on the second day in a row ahead of the Gujarat Assembly polls, senior MLA Bhagwan Barad on Wednesday resigned as a legislator and primary member and joined BJP.

Barad, 63, who had won the Talala seat in Gir Somnath district in 2017, sent his resignation letter to Gujarat Congress president Jagdish Thakor and also handed it over to Speaker Nimaben Acharya.

Barad, also known as Bhaga Barad, was welcomed into the BJP fold by state general secretary Pradipsinh Vaghela at the party’s media centre in Ahmedabad.

Barad told reporters he decided to quit the party after consulting at least 4,000 of his supporters and will fight the next month’s elections if BJP wants him to, but added that he is not joining BJP with any pre-condition to get a poll ticket.

Gujarat will vote in two phases on December 1 and 5. The counting of votes will be taken up on December 8.

“I am joining BJP as I want to be a part of Prime Minister Narendra Modi’s development campaign. I am joining that party without any pre-condition or commitment. I will fight polls if the party wants. I will campaign for other candidates if I am asked to. I will work for BJP to ensure its victory in nine seats in Gir Somnath and Junagadh districts,” Barad said.

Barad is an influential leader of the Ahir community. He won the Talala constituency in 2007 and also in 2017. His brother Jashubhai had also represented this seat in 1998 and 2012.

Talala is one of the four Assembly segments in the Gir Somnath district. In the 2017 Assembly elections, the BJP could not open its account in this district whereas Congress bagged all four seats.

In 2019, Barad was disqualified as a legislator by the then Assembly Speaker Rajendra Trivedi after a local court sentenced him to two years and nine months in jail in a two-decade-old illegal mining case.

Months later, Barad’s suspension was revoked after the Gujarat High Court stayed his conviction till the pendency of his appeal.

In the 2017 Gujarat Assembly polls, the Congress had won 77 seats restricting BJP’s tally to 99 in the 182-member House.