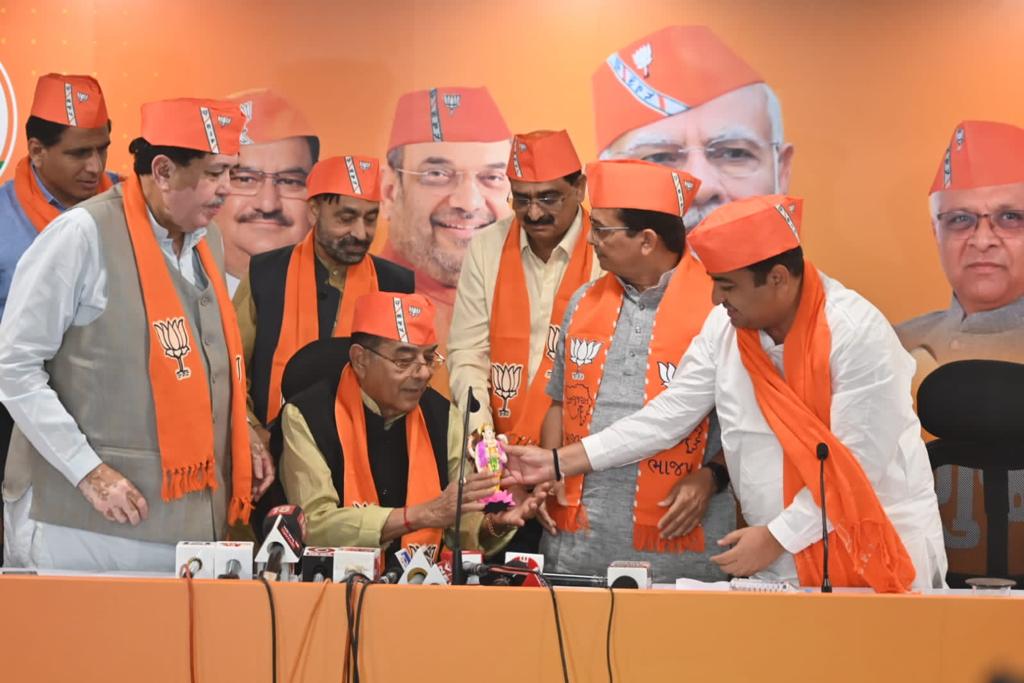 AHMEDABAD: In a jolt to the opposition Congress ahead of the Assembly polls in Gujarat, senior MLA Mohansinh Rathva on Tuesday resigned as a party member and legislator and joined the Bharatiya Janata Party (BJP).

Recently, Rathva had announced that he would not seek a ticket for the next month’s Assembly elections but wanted the party to field his son Rajendrasinh Rathva from his seat instead.

Congress Rajya Sabha MP Naran Rathva has also reportedly sought a ticket for his son from the same seat.

Gujarat will vote in two phases on December 1 and 5. The counting of votes will be taken up on December 8.

After sending his resignation letter, Rathva reached the Gujarat BJP office in Ahmedabad where he was inducted into the party by state general secretaries Bhargav Bhatt and Pradeepsinh Vaghela.

Rathva’s sons Rajendrasinh and Ranjitsinh also joined the BJP at the function.

When asked if the BJP will give him a ticket for the Assembly polls, Rathva claimed he is “100 per cent” sure.

“However, I have not sought a ticket. I am getting old now. My son Rajendrasinh is an engineer. He is BE civil. He was having a feeling that we should join BJP,” Rathva told reporters at the BJP headquarters.

When asked if he left Congress because the party denied a ticket for his son, Rathva replied he had decided to join BJP before Congress takes a call.

“The Congress never said that they will not give me a ticket (for my son). I decided before Congress said anything about it. I was impressed by the work done by the BJP government and PM Narendra Modi in our tribal areas. That is the reason why I have decided to join BJP,” he added.